Your Brain on Humor 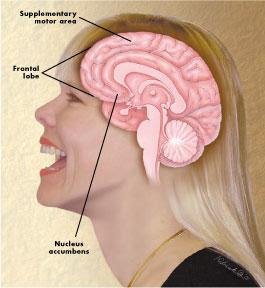 Advocates of humor argue that they can induce experiences that are of great spiritual and philosophical value, and that it has the potential to "expand consciousness."
Can a joke allow us to see beyond the horizon of ordinary perception - that is, see things as they really are? To put this philosophical question more generally, can laughing at a joke affect the mind's material foundations (duh), revealing knowledge through the resulting experience? (Please tell me you know the answer to that question).
Well, of course it can.
And could such a change actually provide an authentic religious experience, or rather, knowledge of what it is like to have an authentic religious experience? Or are such claims of instant enlightenment merely a mystical façade?
There is no doubt that some substances (such as nicotine and caffeine, the later being my drug of choice) can stimulate the mind and enhance concentration. It is also possible that a handful of philosophers throughout history (Descartes, James, Huxley, Leary, and the rest of them) were imaginatively inspired by experiences that made them laugh about the world around them before writing about it. Yet most philosophers would probably rather we consider them sitting by flickering candlelight contemplating the deeper meanings of the universe (vs. walking down the streets of Paris and laughing at the Pacman ghosts they see way above sight level on the sides of buildings that most people seem to never notice).
My posts have been too long lately. I'm going to end here and ask you to click again for the next train of thought.
Posted by Soph Laugh at 9:14 AM