The Natural Beauty of Naïvety 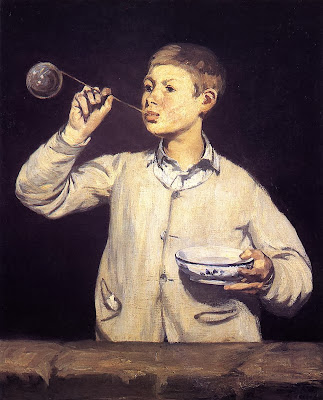 There is an immortality in naïvety. For a child, this naïvety is a natural occurrence, but for an adult to perform the spontaneous reduction, hopelessly entangled in a similarly felt aesthetic consciousness where the mind disconnects and the corporeal realm of existence experiences the world from a sense of pure desire, the a priori of the experience is a kind of mechanism that one must put to work within oneself while simultaneously suspending volition, disconnecting the continuous, direct acts of one's own will.

The moments that arise are authentic and adequate, and sufficient enough to neutralize the absolute observer in oneself. Thereafter, a projectional balance in understanding becomes the authentic adult being. Naïvety updates the mental facility according to the understanding of what being actually means and what has to be done to keep being in its existential status. 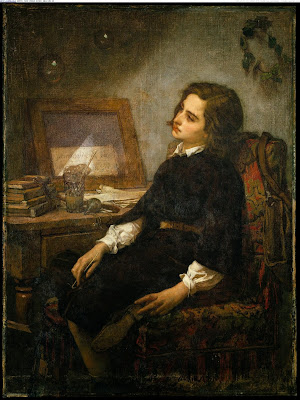 There is an immortality in naïvety, a kind of play between acquiring knowledge and understanding. The feeling of flexibility and an image of flickering possibilities instead of solid pictures which transform those faithful renderings of the visible world into a playful domain that ousts the absolute observer in oneself in order to protect the genuine thinking involved in formalizing a thought.

The rational tools are set aside to keep oneself existentially awake and alert. The mind reflects upon itself constantly, entering back into self-consciousness, but for a few moments there is a balance between existential awareness and intellectual reflection.

From this point of view the existential status of being casts one away from the formal knowledge held in self-consciousness, toward a delightfully enchanting game of bubble blowing. 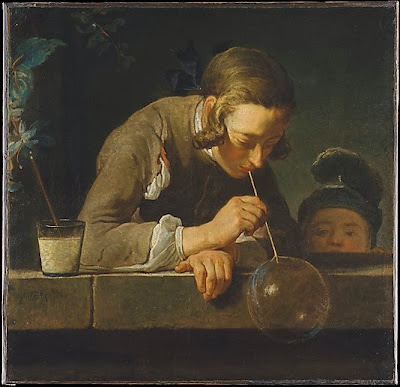 One's experience of these boys blowing bubbles is orbited into two halves ~ a being in the center of experience, a being serving as an absolute observer. The irony is the ability to choose, to change one's focus of observation, to extend a possible horizon of experience or even blow one's own bubble past it. 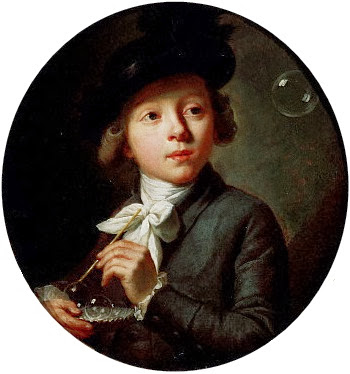 There is an immortality in naïvety. A mental journey between "yes" and "no", between extremes of spatio-temporal simplicity and existential multiplicity, between "doubt" and "certainty", "desire" and "fear".

The techniques one acquires and then reduces give rise to a sensory perception of one's own subjectivity.  Enhanced by the notion of "light" and "dark", the contrasts clearly defined in these experiences are mirrored in these works of art, both represent a simple musing on the ephemeral nature of life.

Symbolized by simplicity, naïvety becomes the most singularly sought after experience for one wishing to rediscover the feelings held in delight.

Its like you read my mind! You seem to grasp a lot approximately this,
like you wrote the e-book in it or something.
I feel tat you siumply can do with a few p.c.
to pressure thee message home a bit, but instead of that, that
is great blog. A great read. I'll certainly be back.