A Little Theory of Enchantment 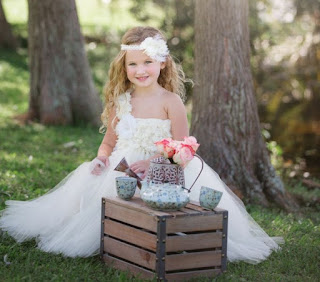 Pure reason supplies our over-arching concepts for grand and otherwise overwhelming items. When we are dazed and enchanted by a night sky full of stars, this wildness is somewhat tamed when we make use of the rational concept of space and time.

The deepest sense of the sublime is our recognition of this power of reason to grasp something extremely awesome and essentially unpresentable. It is the major artifice of intellectual power to grasp ideas in the first place.

Take a short historical romp with me through a few of the religions of the world to see the theory of enchantment in operation ...

Let us start with the ROMANTIC ... a sublimity in the intuition of oneness between nature, humanity, and the notion of existence. Nietzsche made the sublime encompass the entire domain of cultural symbolism and philosophic speculation - the entire net of culture as the territory of the sublime.

Human fantasy lays down the wholly fictional constructs that give grand coherence to each person's life. We see these examples expressed daily on social media. Consider the remarkable bond between the Chinese mind and the concept of the mysterious Tao, the absolute which uses Yin and Yang as its agents for creating the world. Those who discount this idea as a non-truth, might instead classify it as a great cultural fantasy which satisfied their civilization for centuries.

All of our major religions, cultural, and ideological beliefs are in this sense made possible by the psychological ability to construct a notion of fantasy and enchantment.

To dramatize this theory, we might consider a hypothetical dispute between a Methodist and a Catholic. For Catholics, Holy Communion has maximum sublime power because of transubstantiation. The Methodist believe that the supposed miraculous conversion of wine to blood is a superstitious Catholic fantasy, and that the Methodists have a better theory of communion, as a memorial service to Jesus as the Christ.

To a Zen Buddhist, the Catholic model and the Methodist model are both improper fantasies. If Augustine says that he feels sublime bonding to an invisible City of God, and if Marx says he feels such a bond to the socialist state, Augustine and Marx show the same symptom of deluded fantasy.

It is a little known Theory of Enchantment (little know for I have just now written it, in this post) ... that enables all theories to yield a powerful joy and simultaneously touch the deepest psychological core of jouissance and desire.

In my world, the Self and the Mysterious Other are best construed as one something seeking another something, because each entity is, in essentialist language, complete and whole in and of itself, an abundance, existence, a positivity that enables manifest reality.

If we are to have a true history of human culture, we need not decide who is right or who is wrong, but that there is room for all theories and realities to simultaneously exist in the cosmic vacuum needed by an expanding universe.

On a more simple level, we each have our tea parties to which we invite friends to achieve the perfect balance of harmony in the operations of the real world.

This is my Saturday morning story. I shall now sit atop Mt. Olympus with histories great Greek intellectuals and partake of a highly attractive breakfast of nectar and honey.

Bonne journée !
Posted by Soph Laugh at 9:08 AM

Email ThisBlogThis!Share to TwitterShare to FacebookShare to Pinterest
Labels: Kant, theory of enchantment, theory of sublime