The Beauty of Apples

One of the greatest fairy tale controversies is the dispute over whether or not the apple was evil. If Snow White was inherently good, then it was not (apple) evil that lulled this fairy princess to sleep, it was her own desire, her mesmerization with the possession of goodness, personified in the beauty of the apple.

The softest of human tendency is quietude, being quiet with oneself allows one to notice the insideness of all things. When this fairy princess gazes at a bunny rabbit, a bird, or an apple, she is seeing it for its inherent goodness, a reflection of her own internal affinity or appreciation for such.

Snow White looks deeper into the apple to get to know the apple. She recognizes an inherent difference between this apple as compared to other apples. She knows this before she bites into the apple. What happens next is a combination of the inherent properties of the apple in conjunction with Snow White's willingness to give herself permission to bite into the apple, the persistency to bite that comes from her desirous attraction to certain conditions as exhibited by the apple, and her preparedness or present disposition of mind, otherwise called her openness or innocence toward that which is she perceives as good or beautiful.

As said Diotima in Plato's Symposium, 'the happy are made happy by the acquisition of good things. Nor is there any need to ask why a man desires happiness; the answer is already final.'

Desire is common to all, replies Socrates.
The apple is delicious, responds Snow.

Malcontents insist that the apple is evil, whereas defenders of beauty and goodness adhere to the notion that the apple itself is inherently beautiful and that it is not merely the apple but the combined effect with the princess' own desirous nature that lulls her into the slumber. 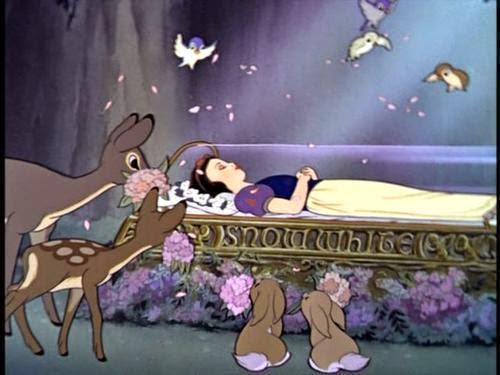 In other words, Snow White's slumber is the effect of her natural desire combined with the apple's inherent beauty or goodness.

Zealous provocateurs place blame on fruit when in reality effects are a result of collective conditions. Fairy tale aficionados understand that happily ever only comes true when one recognizes combined goodness or beauty in all things, even in so-called poisoned apples. 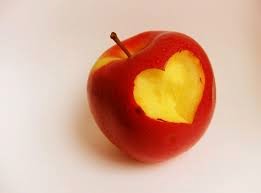