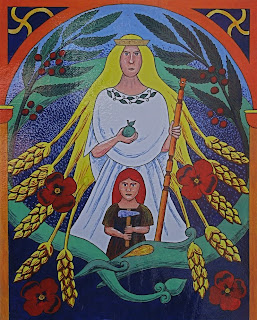 Æcerbot (Old English "Field-Remedy") is a delightful Anglo-Saxon charm (full-day ritual) recorded in the 11th century. Its purpose was to remedy fields with poor yields. Similar to the Latin sanctus, sanctus, sanctus, derived from eorcnan "true, genuine; holy", or from Eorce (fertility goddess, addressed as "Mother of Earth"), the æcerbot was a partially Christianized prayer and day-long ritual that began at night, as it was then customary to take sods from the field to mass before returning them to the field prior to nightfall, each with a small cross planted in it. The sod was then Christianized. Chants such as Erce, erce, erce eorþan modor, mother of Earth were sung to heal the earth while the plough was anointed with oil, paste, frankincense, salt and fennel. 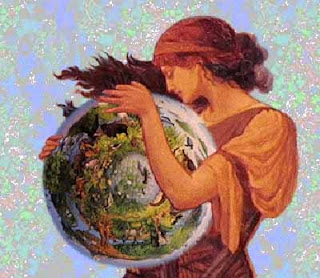 Dating back to the Bronze Age, tribes were united by their veneration of the goddess, and with deep reverence, attended her needs, which in some cultures included ritual sacrifice. Those individuals not of the Christian faith were referred to as "heathens" but in reality all religions put people to death for reasons associated with their beliefs. Ritual sacrifice is indeed heathen-like, but it is not dissimilar to the punishments (or modern day judgments) inflicted upon millions of people by other so-called benevolent groups. Throughout history every religious group has defended atrocious acts against its fellow world citizens in the name of the mother goddess or some other supernatural deity. The moment one attempts to defend unjust actions (or judgments) in the name of a principle or deity or any such belief or thing other than simply doing what is just for all concerned is where error in judgment becomes transparent. It is the same in humor. The moment one tries to cover up judgment with humor the error in thinking becomes transparent. In this sense, humor, like the sword, is being utilized as a weapon; only in this instance it is a passive-aggressive weapon. A weapon in the name of humor, god, the mother goddess, or any such deity is still a weapon if used to inflict distress upon another. 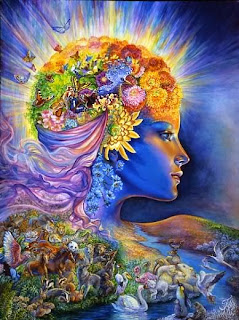 In the third and second millennium BCE, the mother goddess was in high standing within the divine hierarchy of gods. She is mentioned together with the highest gods of the Mesopotamian pantheon, An, Enlil, and Enki.

Goddesses of war and healing gained favor come the second millennium BCE, though mother goddess retained her role as creator of humankind, however accidental that creation might have been (Nintur creating humankind by mixing clay with the blood of a slain god [Lambert and Millard 1969: 57-61],).

Nothing is known about the mother goddess' divine parentage. An, Enlil, Enki, and Sulpae are sometimes associated as being her husbands (Krebernik 1993-98a: 507-8). Because mother goddess appears under so many different names and with so many different attributes, she has been referenced as justification for a myriad of beliefs and actions taken in her name.

In reality no belief, action, or joke makes anything transparent other than the individual's own belief system or desires. The "funny" thing about exploring humor is that what might at first be interpreted as humorous often leads to tales of greater importance than an otherwise unsuspecting joke might lead someone to interpret, at least on the surface.

Humor is one of those entertaining lenses with which to view the world and or examine our species' historical productions. It is not always an accurate lens, but it lightens interpretations so that thoughts might be considered rather than felt on an emotional level. The challenge is allowing for both humor and reality to be simultaneously present.

Humorous discourse enables us to make light of those otherwise heavier thoughts and ideas by making fun of information that might otherwise cause us emotional distress. Remembering the difference between the two (humor and reality) is what we call: good humor. 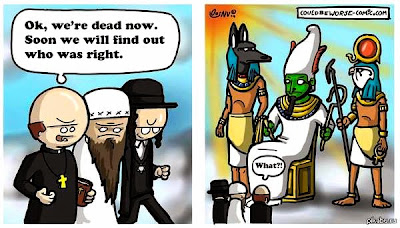 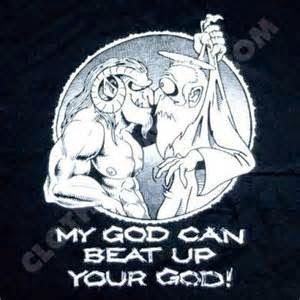 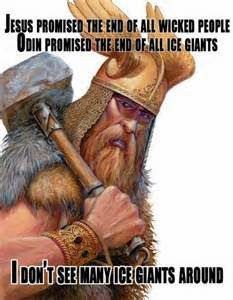