THE OFFICE OF HUMOR 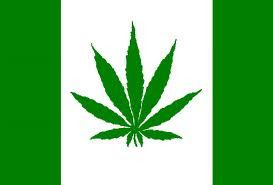 Unlike other candidates running for The Office of Humor, I would like to address the use of marijuana and the morally unjustified laws prohibiting use and possession of it.
It is unconstitutional to prosecute the possession and use of marijuana. The cannabis reform movement has been slower to 'hit' a responsive chord with legislators in the United States than how one feels after having smoked Amnesia.
Despite the efforts to legalize marijuana, daily people are 'fined' according to local ordinance or state law when caught with a personal amount that exceeds the accepted arbitrary limit laws.
Why should anyone have to pay a fine, as though they are doing something wrong beyond breaking an astoundingly ridiculous law put into effect by even more ridiculous people who based their opinions on conjecture rather than on actual opinion formed from an experience they know nothing of?
Why listen to "experts" tell us that marijuana should be illegal when they've never smoked marijuana? It's like listening to someone tell you how to fix your relationship when they still live at home with their mother and have never once been out on a date.
Well-intentioned is not the same thing as competent or morally justifiable.
To prohibit anyone of the freedom to explore the natural world without harming another might be described as a violation of one's sacred life of living, i.e., "the right to pursue happiness."
Why do we tolerate unjust laws?
It's a mystery. Why, in the past, was slavery tolerated? Why was alcohol prohibition tolerated? Why do people scoff at same-sex marriage, those people being heterosexuals. What's it to them, anyhow? It's against God's laws??? Have you read anything about the universe? Have you observed empirical laws? What laws, I ask!?! If there is a god in heaven creating all this then that god seems rather childish. How can I say that, easy, watch me, that god seems rather childish.
Like a child consumed by novel experiences, it would seem that the entire universe is mirrored in the image of a 2-year old. Always changing and shifting its attention to anything under the sun - literally - in the name of what? I'm bored?
Neurologically speaking, our brains shut down when we're bored. And we're bored often. Always looking to a new thought, interaction, or concept to reawaken what would otherwise be described as a sleeping baby. A BIG baby if you ask me.
*Disclaimer: If that BIG baby is not me, but rather a completely distinct entity, then I apologize on the condition that you recognize that you created me and are thus partly responsible for the logical conclusions one would make from the vantage point of a biological human being in the 21st century (whatever that means).
As if this post wasn't controversial enough, I'll end on firearms.
As long as there is crime in the world, I advocate for the right to bear arms to protect ourselves and our loved ones from being brutally mistreated. While people sit around on committees taking about the moral and economical benefits of interceding on behalf of a weaker entity, I'd just assume go to bed at night knowing I have a lovely shotgun awaiting a prowler with the criminal intention to do harm.
So, I ask you... why .. no scratch that, just tell me how... in the world do we have virtually unlimited availability of firearms with tall the harm they cause and not enough money to feed the world's citizens or bring the standard of living up to the 21st century for every human being on earth?
It would seem our priorities are what they call: Out of Whack!
In the United States in 2008 the number of bullets across the land was enough to provide every living man, woman, and child in the country with no less than 33 bullets. With a currently estimated population of 311 million people, that's an astonishing 10,263,000,000 rounds of ammunition beyond military and police requisitions, purchased in just one year.
YIKES!

It makes a person wonder, are there really that many deer and pheasant running around uncooked? 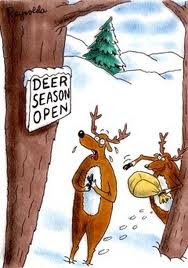