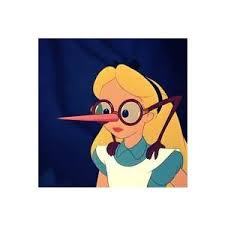 It's an election year, after all - a time when BS is generally at its height. That foundation would be sufficient to let imaginations run free, but the flaws in analyses for having done so seem staggering. The "hold on a minute" crescendo of the intellectual elite is rising, but it is in fact confused, vague, and murky.

New and clearer interpretations of the candidates and their aims would be of value to those who find themselves astonished by the sheer indifference to truth and falsity, and its hidden interest in manipulating belief and behavior, and in one way the senses.

These are in fact what one would call "troubled times". 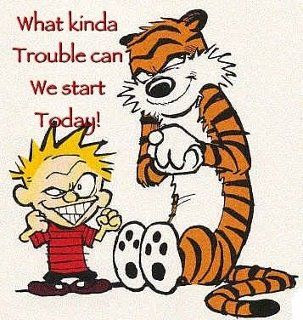 When Trump claims to "tell it as it is", he is operating under the guise of "truth-telling" and while the issues upon which he argues are of great concern to the public given their ramifications, he is in fact abusing logic.

Philosophers recognize five categories of fallacy:
Let us first examine an informal fallacy of relevance (presumption): abusive analogy. The fallacy of abusive analogy is a highly specialized version of the ad hominen argument. Instead of the arguerer being insulted directly, an analogy is drawn which is calculated to bring someone into scorn or disrepute. The opponent or her behavior is compared with something which will elicit an unfavorable response toward her from the audience.

It may be time to deport Hillary Clinton, a half-joking (calculating) Donald Trump told a teeming mass of Arizonans,

Trump then pledged to create 'a special deportation task force'

(Perhaps Hillary has technophobia, and who wouldn't given the pressures of public service? Still, the documents, technically known as Form 302s, depict less a sinister and carefully calculated effort to avoid transparency than a busy and uninterested executive who shows little comfort with even the basics of technology, working with a small, harried inner circle of aides inside a bureaucracy where the IT and classification systems haven't caught up with how business is conducted in the digital age. Reading the FBI's interviews, some 250 pages of interview notes and reports, including interviews with former Secretary of State Colin Powell to CIA officers, one can liken the "scandal" to your parents asking for tech help with their phone or computer.)


The analogy may be a valid one, from the point of view of the comparison being made or the fact that politicians in today's age should be tech savvy. These arguments make the blown-out-of-proportion scandal more effective, but no less fallacious, since the purpose is to introduce additional, unargued and in some cases, completely absurd material to influence a judgement.

When Trump speaks I hear: "Your call is important to us" followed immediately thereafter by hold music, in which a slanderous, ill-informed paid-for commentary on the state of a nation, of which Trump is grossly misinformed and misinterpreting to support his personal aims. 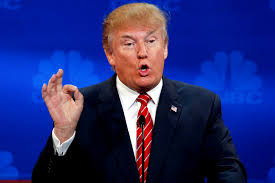 Classical Logic is a formal language, with a rigorous syntax and grammar. The meaning of its formulas is given by the deductive system and semantics. In logic we define an argument to be a non-empty collection of formulas in the formal language, one of which is designated to be the conclusion. The relationships in logic's deductive system and its semantics can be shown between derivability and validity. We show that an argument is derivable if it is valid.

This pleasant feature is called soundness. A sound argument means that no valid deduction can take a true premise to a false conclusion. Deductions preserve truth. Completeness, on the other hand, is an argument that is valid only if it is derivable. This establishes the deductive system as encompassing in that a deduction for every valid argument can be made. 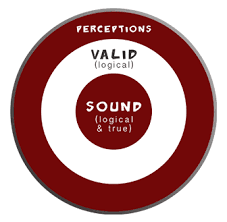 There's nothing new in the appeal to BS by individuals, corporations, or governments seeking to legitimate and advance their specific interests and plans. What is new is the depths to which society has allowed this campaign to travel. Fortunately Hillary is not following Trump down his murky gopher hole - for it is clear to those of sound mind that whatever legitimate knowledge he claims to have is hyped through an effective public relations campaign of "let's throw it against the wall and see what sticks". 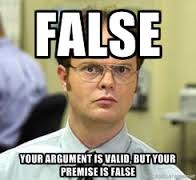 While most academics shun the vulgarity of Trump's Marching Campaign Circus, that politeness has not stopped the establishment of new academic journals and commentary dedicated to analyzing and better understanding all such varieties of fraud and misrepresentation throughout modern culture.

Others, if less polite, are more direct.

This election year is a theatrical defense of truth, with scandals and fiction and nonfiction commentary running side by side. But for many the curiosity is connected to deeper worries about what lay ahead for a culture so knee-deep in it. 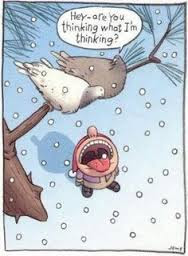