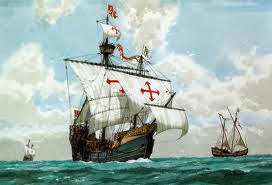 In 1492, Columbus sailed the ocean blue
with The Niña, The Pinta, and The Santa María.


Conspiracy theorists respond to challenges to their conspiracies by quoting the great-uncle of all conspiracy theories, Christopher Columbus (1451 - 1506) when he said "this very voyage is a conspiracy." 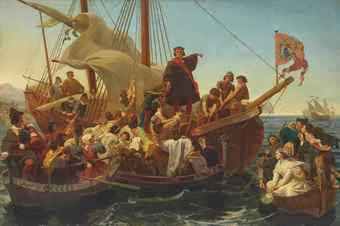 As fate often times dictates, the 30 November 2011 sale of Leutze's painting of Columbus departing from Palos in 1492 is one of the oldest conspiracies of them all. The provenance starting with Charles Gould found its way into the fine art market to convince world leaders that there is no such thing as conspiracies.

"Leutze's painting of Columbus in 1492 has become synonymous with parapolitics." As stated by the someone who accidentally bumped into the present owner outside Christies that fateful day in 1988.

Parapolitics is a political or political science theory used by several different researchers to describe that which conspiracy theorists research.

Parapolitics just so happens to be the term for a 2006 scandal involving Columbian politicians and the paramilitary group the United Self-Defense Forces of Columbia. 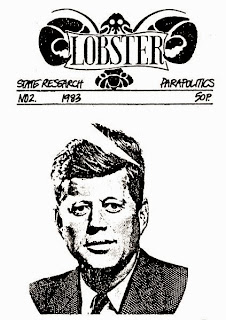 A few conspiracy theorists have gone so far as to claim that the UK magazine, Lobster, is a front for conspiracians who, under the guise of publishing how politics has been influenced by intelligence and security services, are in reality sending "secret" messages back and forth to Peter Dale Scott (1929 - present), a Canadian born, former English professor at the University of California, Berkeley, a former diplomat and poet. Scott has been critical of the American foreign policy since the era of the Vietnam War.

This maverick-like scholarly gentleman dressed up in his "polished / gaiters with a buttonhook" minds the Darkness like no other conspiracy theorist, toying dangerously with abstract didactic principles his influence upon modern day conspiracy theorists vacillates between confessional and scholarly. Secret reports indicate that the Lobster contains many of his lesser known conspiracy citation theories in the margins. 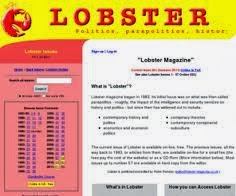 The "deep state" of conspiracy theories, such as the ones floating around the Internet, have muddied the waters for the members of the international brotherhood of parapolitics by publishing outlandish, blatantly ridiculous conspiracy theories that make the real theorists dating back to Spain in the mid-13th century look foolish along side them.

It is now difficult to separate the good CIA from the bad CIA. 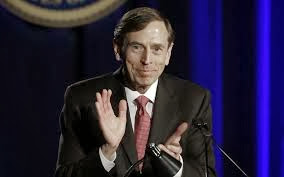 As with all potentially valid conspiracies, one must first look to the depth of coverage offered by the theory, its detailed documentation. The absence of rhetoric in these secret and/or public reports help to uncover and destabilize government take-overs and cover-ups.

Leutze's painting artistically depicts The Columbus Conspiracy in a way that we might better understand the motives and plots of the valid conspiracies that have followed. It is subtle, refined, and complicated. The mechanisms involved involve aspects of government procedure, legal processes, and economics principles of which most world citizens are not well-versed.

It is for these reasons and more that true conspiracies, such as The Columbus Conspiracy, continue to thrive by challenging the entire worldview to conduct their own historical research, starting with the basics. Once you know the laws, you can begin to formulate the questions that unravel such conspiracies.

Until then, visit your local city hall or corporate headquarters and gaze up at the paintings of the men and women whose portraits still hang, forever watching over us while we busy ourselves investigating everything but that which seems too simple to matter. 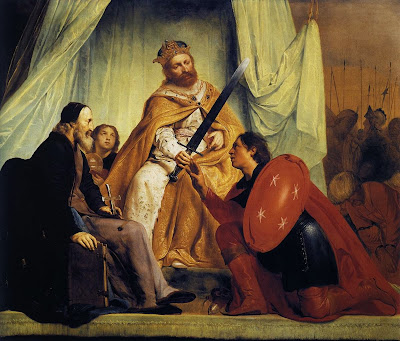 Haarlem receives the silver sword and the shield with four stars of the German emperor Frederick II because of the merit of the city during the fifth crusade, the conquest of Damietta (1219) saw the ship. The story is known as the Weapon Propagation. The characters since then adorn the arms of Haarlem. The painting hangs in the rain room of the town hall in Haarlem.