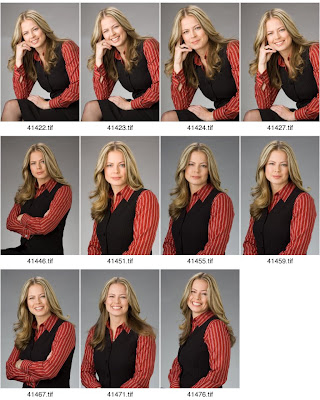 This is the story of how I, as a senior executive with a seat on the board of a public Asian firm as well as ownership of an environmental firm in Mexico, veered, without realizing it, from my trajectory into high level business and politics when I began to study humor in April 2010.

Upset by the growing use of guilt-trips, serious-minded talk, and downright ridiculous BS, I decided to review the science on which these warnings were based. Much to my surprise, I discovered that I, too, had been brainwashed - imagine that, a philosophy major brainwashed (it is to laugh) - as had most other people, by an almost ubiquitous humorous catechism which was based primarily on fear, not science. 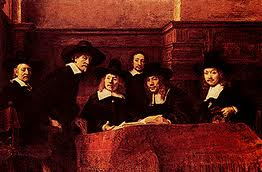 Syndics of the Cloth Guild
Rembrandt
Both because of my fascination with the depth and ubiquity of this misunderstanding as well as my growing interest in the psychopharmacological properties of laughter, I began to devote a significant fraction of my time to learning more about it, and in 2011, stated that I would publish a book on the matter, The Science of Humor, in which I would assert that laughing was way better for us than Reader's Digest would have previously had us believe (a special thanks to Reader's Digest for publishing so many jokes and humorous short stories).

While this blog has touched on many subjects - How to Pimp Your Cubicle, Mondays and Popular Culture, The Evolution of Pacman, it was only after moving back to Paris and resuming my career in the acquisition, authentification, and preservation of cultural property, that I began to explore the clinical and scientific evidence of humor's usefulness as a medicine.

I make the claim now that HUMOR will eventually be recognized as a wonder drug because of its lack of toxicity, its medical versatility, and its potential, once free of social taboos, to be completely FREE, which will in turn tick off a bunch of pharmaceutical execs (the same ones for which my firm manufactured clean room equipment).

In the meantime, I will continue advocating for humor's use recreationally in the hopes that a growing appreciation of its usefulness as a medicine will enhance our understanding of this inherent appreciation for the farcical aspects of living.

In every life there occur seminal events that modify the seemingly established probable trajectory of one's personal history. For me, there have been many. The first ones were, in order of importance: (1) being born; (2) the extraordinary good fortune of being born into a loving family; (3) the gift of a large working memory; (4) a congenial manner; (5) lots of friends; (6) the gift of motherhood; (7) graduating from university with a doctorate's degree despite my skipping most of my classes; (8) my dogs, Rex and Fia; (9) legally changing my name to Sophy Laughing; (10) Facebook.

Because I had become concerned that people have for the most part stopped laughing, I decided to review the scientific literature so that I could help us all enjoy life again as well as write a reasonably objective and scientifically sound paper on the benefits of laughing.

During my initial foray into this literature I discovered, to my astonishment, that I had to seriously question what I believed I knew about humor. As I began to appreciate that what I thought I understood was largely based on myths, old and new, I realized how little my training in philosophical inquiry had protected me against this misinformation. I had become not just a victim of disinformation campaigns, but one if its agents as well. Believing that I should share my skepticism about the established understanding of the value of "Get(ting) serious", I have questioned whether the almost ubiquitous (there's that word again) belief that laughing was an exceedingly childish thing to do was really supported by data to be found int he scientific and medical literature. While there is little notice of the beneficial effects of humor published in psychiatric journals, there does seem to be a growing interest in the subject (based solely on the number of likes my positive or funny posts and tweets get as opposed to my more sincere or serious ones).

In just a little over one year, I have had more than a quarter of a million visitors to my blog, so I must not be the only one who subscribes to the belief that humor is beneficial to the mind and body.

Exploring humor has turned out to be a much bigger project than I had anticipated. I found that I had more than (just) the medical and scientific literature to review. This doesn't even count all the misinformation and myths about humor that I've had to sort through over the last year or so.

I have come to understand that laughing is not addicting in the usual, rather vague understanding of that word, but I certainly got hooked on learning about it. I am fascinated by my growing understanding of how little I actually knew about humor, and even more so by the may false beliefs I held without knowing I did. It soon dawned on me that I, like most people, had been brainwashed, that I was part of the madness of the crowd. 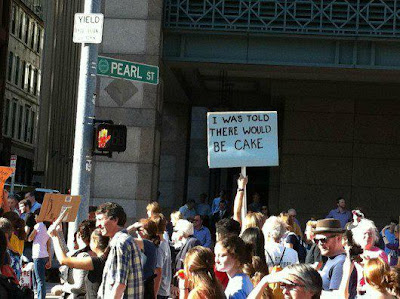 To be continued...(because this post, like many others, is just too darn long to read in one sitting)
Posted by Soph Laugh at 2:37 AM