Awakening the Goddess Within 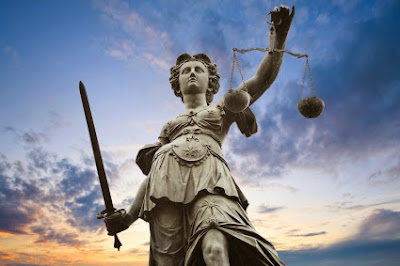 In Hindu mythology, Kundalini is a serpent goddess who lies asleep, coiled at the base of the spine, waiting to be awakened. She enlivens all things. Repressed feelings and thoughts yield to her presence. Kundalini is The Great Liberator from which feelings of infinite love and universal connectivity, and transcendent awareness arise. Releasing Kundalini is not for the faint of heart.  Her fervor hungers for stored and blocked energie; she seeks it with eager fascination. Kundalini’s ambition is intense. It can lead to other worldly states. That which stimulates Kundalini’s awakening is many and varied, and can be triggered by extended periods of fasting, meditation, or high intensity. Even mundane experiences can summon her unpredictable nature. Kundalini heightens sensitivity and creativity. Her presence causes an upsurge in authenticity and its artifact, ability. This highly condensed, primal force, similar to potential energy found in matter, when released creates an intense connection between object and objective. The subtle channels it opens, known as nadis, the central channel that moves up the spine called sushumna, when met with a motivated intellect, spins and changes direction, and through its effects arises purity, transformation, and a retreat from self-knowledge. What emerges is the underlying psychological disposition of a being, which can be surprising and pleasing, or disturbing and alarming. A fullness of a minute in this space is exhausting. Entering this state with eyes widen, breaking away from restricted matter and moving toward the infinite, we are soon met with Shiva, Kundalini’s counterpart, the source of downward movement. Shiva destroys illusion, bringing with her realization of the eternal consciousness. But Rudra, the active principle of Shiva, is also the Lord of song; a healer and sacrifice of prosperity. He brings peace. Following the merging of the individual with Kundalini, bliss arises, transcending the experience, brining it into full manifestation. It is the dance of Shiva, the primordial rhythm of divinity within the heart, pulsating and initiating the emancipation of life itself; the cosmic heritage in all creation. In their coupling, principle moves toward form and order. When Kundalini and Shiva meet, rawness is tempered, vital energy is absorbed, and freedom and chaos explode. The piercing nature of thoughts considered in this state impregnate the seeker with potent awareness, which can only be sustained for as long as the seeker has stamina. Kundalini is a violent force, ravaging the mind and body and soul until it finds its release. When we experience Kundalini, we are unrefined, unconscious energies seeking refinement of the higher faculties. Kundalini and Shiva’s attraction is so great, nothing will stop their union. Their forces synthesize all that stands in their way; upper and lower, form and chaos, transcendence and immanence, all falling into a single dynamic essence. Dwelling steadfastly on the precipice between this twofold movement of emanation and reabsorption, we feel the vibration of the universal heartbeat.