The Origin of the Word "Homie" 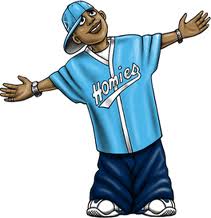 The word "homie" or homey (from "homeboy") is a slang term in urban culture whose origins etymologists extraordinaries trace back to the Americanized French words, "Who, moi?" from during the 20th century Liberation of Paris, which took place during WWII from 19 August 1944 until the surrender of the occupying German garrison on 25 August. 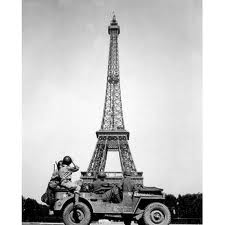 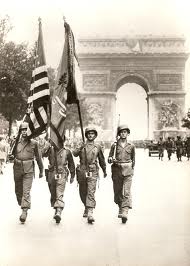 The words have also been utilized in other communities in the United States as well as Sicily, on account of the number of Italians who got fed up with the frenzied lifestyle of the USA and moved back to Sicily where "time" does not include the future sense.

In the mid-20th century when American troops or "GIs" were living in the capital region of France, which had been governed by Nazi Germany since the signing of the Second Compiègne Armistice in June 1940, when the German Army occupied northern and westmost France, GIs, working in conjunction with the French Resistance against the German garrison, began picking up French. The French accent made it difficult to differentiate between "when one word began and the other one ended," according to firsthand witness reports gathered from people who have vague recollections now living Rest Homes across the nation.

"Qui, moi?" (Who me?) was transformed into "Who moi?" which later transmogrified into the familiar "Homoi" then later "Homie".

While there are many variations in usage for the word "homie", Ella Mae Morse, in the original 1946 version of the song "House of Blue Lights" asks, "What's that homie?" to Freddie Slack, the writer of the song.

Homey D. Clown - Damon Wayans played an ex-con who works as a clown (real name Herman Simpson) for his parole agreement, but lashes out at anyone (usually hitting them on the head with a tennis ball-filled sock) who attempts to make him perform clown acts. "I don't think so...Homey don't play dat!" His goal is to get even with "The Man", a personification of the white males that are "holding him down".

Miss Piggy, in 1998, released the popular perfume, "Moi", as seen in the following clip.

"Homey" a word also used to describe pleasantly domestic, homelike, cozy conditions for a given place or surroundings, is perhaps appropriate for this Americanized French term given how many Americans live, work, and vacation in France every year. 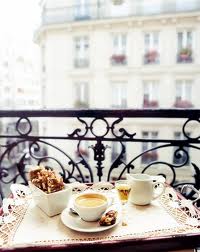 "America is my country and Paris is my hometown," Gertrude Stein.