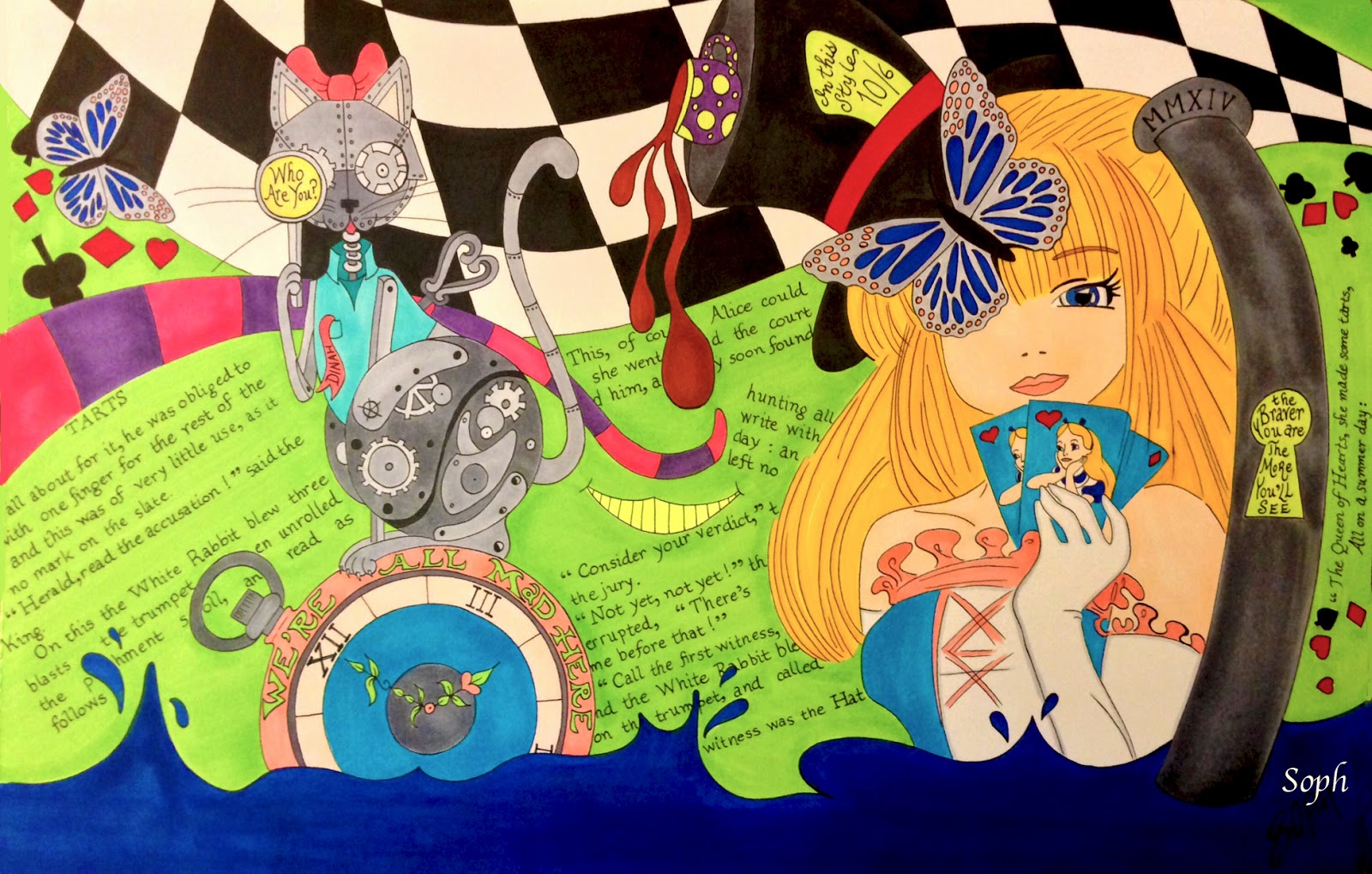 Alice's Adventures in Wonderland (1865), a novel written by Charles Lutwidge Dodgson under the pseudonym Lewis Carroll, tells of a girl named Alice who falls down a rabbit hole into a fantastical world populated by peculiar, anthropomorphic creatures such as The White Rabbit (with a pocket watch), The Cheshire Cat, The March Hare, The Hatter, The Dormouse, The Queen of Hearts, The Gryphon, and The Mock Turtle.

Those who have read Carroll's delightful logic stories, have probably questioned their own rational thinking, their own ability to believe in the unbelievable.

From the time of Descartes, when he, at twenty-eight-years-old uttered the word "Doubt!" a word that would reverberate for the next four centuries, the gauntlet for using reason rather than faith was set into motion, and Carroll picked it up.  In fact, Carroll mentions that Alice often gave herself good advice but seldom followed it. If you are a reader of the Latin poets, you might recall Ovid said, "I see what is best. I do what is worse."

Throughout history people have had in common the tendency to believe too much and doubt too little. Charles Sanders Peirce (1839 - 1914), who spent the last twenty-six years of his life in seclusion thinking, thought that the warrants for belief were the inferential links that people use to hold on to or to justify their conviction and confidence in something. According to Pierce the usual warrants are: tenacious, authority, a priori, and verification.

The Queen of Hearts - tenacious

The Queen of Hearts represents that tenacious mode, the idea or belief that one holds onto irregardless of how the situation changes or evolves.

The Red Queen shook her head, "You may call it 'nonsense' if you like," she said, "but I've heard nonsense, compared with which that would be as sensible as a dictionary!"

"Off with her head!" [she said] about once in a minute.

"No, no!" said the Queen. "Sentence first - verdict afterwards."

The King of Hearts - authority

The King of Hearts represents the authority mode, that mode in which people will obey authority no matter what, which can pose significant problems when the authority is wrong. In real life, blind obedience to authority leads to disaster.

"You are all pardoned."

"I'll fetch the executioner myself," said the King eagerly, and he hurried off.

['The judge, by the way, was the King; and, as he wore his crown over the wig, he did not look at all comfortable, and it was certainly not becoming.]

Throughout Carroll's stories, Alice relies on a number of a priori judgments. A priori is based on the application of a general and previously accepted principle to a particular situation. A priori judgments constitute a starting ground, but they do not always prove true in new situations.

Alice sighed wearily. "I think you might do something better with the time," she said, "than waste it in asking riddles that have no answers."

"If you knew Time as well as I do," said the Hatter, "you wouldn't talk about wasting it. It's him."

"I don't know what you mean," said Alice.

"Of course you don't!" the Hatter said, tossing his head contemptuously. "I dare say you never even spoke to Time!"

"Perhaps not," Alice cautiously replied; "but I know I have to beat time when I learn music."

Alice exhibits verification when she insists on evidence that she herself can verify. Verification is that mode in which all evidence is examined, ideas are tested against reality. One of the ways Alice demonstrates this mode is when she examines the jar of marmalade.

She took down a jar from one of the shelves as she passed: it was labeled "ORANGE MARMALADE" but to her great disappointment it was empty. 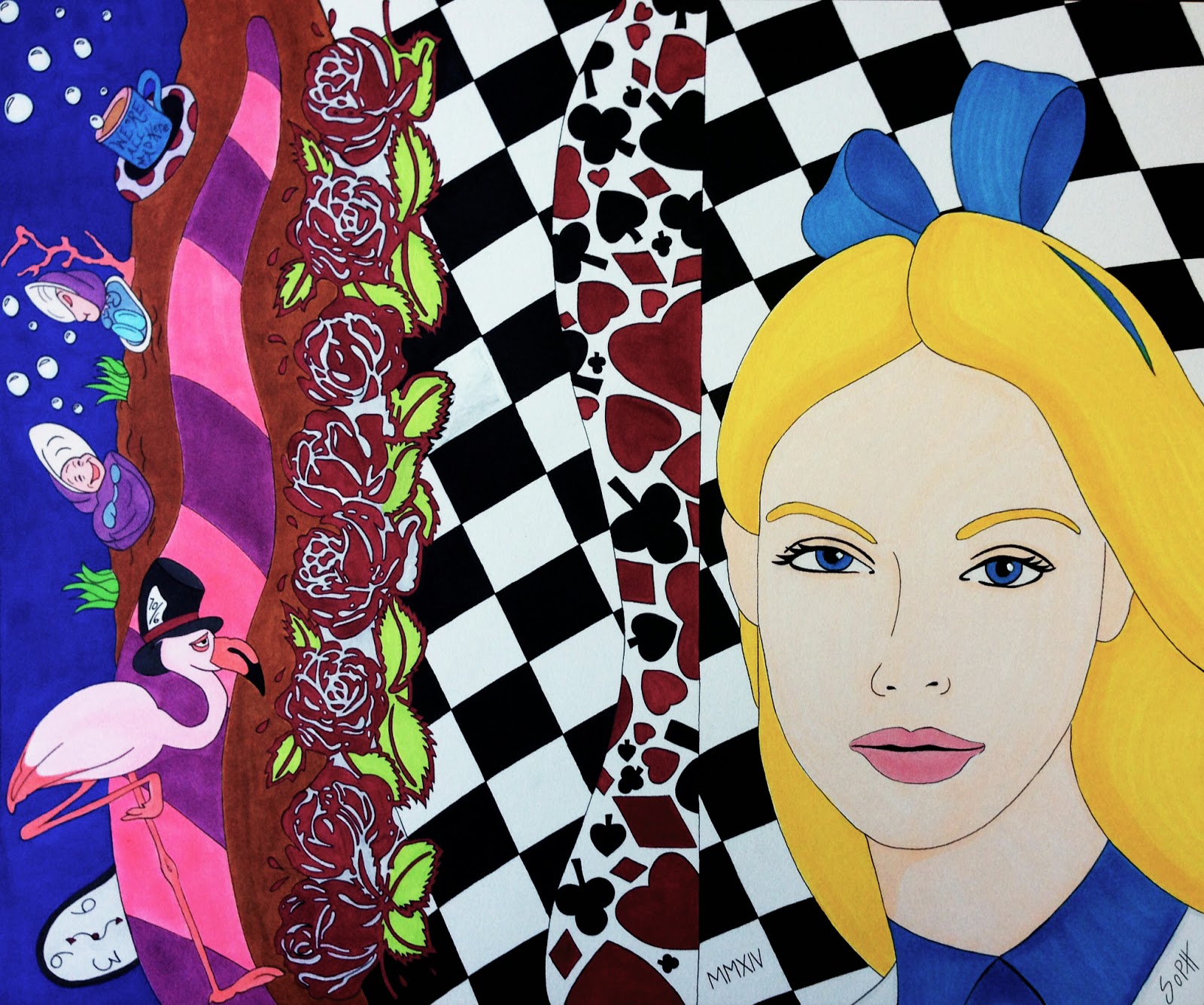 Reality can sometimes be difficult to confront and verification can often times disappoint, but in the long run, and as it turns out with Alice, we are better off knowing what is real (the truth) rather than what is not real (the illusion). Sometimes verifying rather than trusting can help us out of an uncomfortable situation.

"Off with her head!" the Queen shouted at the top of her voice. Nobody moved.

"Who cares for you?" said Alice (she had grown to her full size by this time.). "You're nothing but a pack of cards!"

Other times verifying can leave us empty.

She took down a jar from one of the shelves as she passed: it was labeled "ORANGE MARMALADE" but to her great disappointment it was empty: she did not like to drop the jar, for fear of [hurting] somebody underneath, so managed to put it into one of the cupboards as she fell past it.

Of course, emptiness can lead to a revelation.

"Well!" thought Alice to herself, "after such a fall as this, I shall think nothing of tumbling down-stairs! How brave they'll think me at home! Why, I wouldn't say anything about it, even if I fell off the top of the house!" (Which was very likely true.)

Alice's revelations throughout her adventure in Wonderland raises important questions like "Is the nothing in that jar something or is it nothing? Is nothing something or is nothing nothing?"*

Where does the candle flame go when we blow it out?