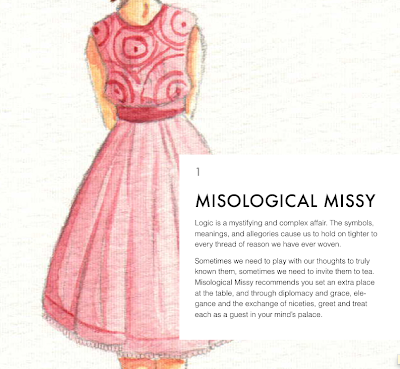 Most individuals would rather pay someone to read their fortune from tea leaves at the bottom of a cup than engage in a philosophical debate.

Brewing the perfect cup of tea takes time, just as philosophy is a slow and laborious process. Choosing the perfect tea leaf demands careful examination, while philosophizing demands that we examine each and every thread of reason.

Philosophizing requires fastidious, meticulous attention to detail, the ability to search for minor, even trivial errors in how thoughts are sewn together, and the willingness to essentially ask oneself how, where, and if one should be carrying around certain thoughts and ideas in one’s head.

The willingness to match philosophical wits against one’s fellow citizen can end in disaster, as it did in the case of the Greek philosopher Socrates (469 - 399 BCE), who, despite devoting his entire life to unraveling the threads of reason, was ultimately given hemlock instead of tea, and put to death for impiety and for corrupting the youth of Athens.

Perhaps Socrates was a bit “too” Confucius-like in nature, ignoring practical worries such as those associated with husbandry, parenthood, and livelihood. Instead of devoting himself to ordinary pursuits, Socrates could be found cheerfully and leisurely strolling though the Agora, the gathering place in the ancient city of Athens. He discoursed with people of all kinds and classes, from lowest to highest. He joked. He smiled. He made the people whom he questioned and cross-examined feel important, and he always seemed to welcome their answers as a means of learning more about a subject he wished to consider.

Had Socrates not been so busy heuristically acquiring knowledge about himself and his fellow, beloved Athenians, he might have instead busied himself crafting clever puzzle boxes to delight - instead of corrupt - Athenian children.

Rather than poking holes in the rational judgment of his fellow citizens, he could have harnessed his unique combination of constructive energy and practical dynamism to discuss enigmas and the marvelous ingenuity of others. Rather than pointing out erroneous thoughts, Socrates could have, in the same mood of joyful freedom, spent the entirety of his life teaching Athenians how to play logic games or introducing them to their own, unique brand of brilliance.

Had Socrates turned his philosophical quest into a delightful game, he might have emerged the victor, securing himself a lifetime of tea parties and hearty meals at the celebratory table in the Prytaneum, where the victors of the Olympic Games were awarded meals for life.

Instead of the “Socratic Method”, a form of inquiry and discussion meant to stimulate critical thinking and illuminate ideas, the world might have instead had the “Socratic Puzzle”, an enigma that tests the ingenuity of the solver by requiring them to put together pieces in a logical way in order to come up with a desired solution.

Instead of discussing the problems of Athenian government, Socrates could have built board games, the solutions to which would have demanded great skill of its players in recognizing patterns and creating a particular order; skills that Athenian children with higher inductive reasoning and aptitudes might have later put to good use in Athenian government. And who would have been congratulated? Why, their teacher Socrates, of course. And yes, Socrates, being Socrates, may have said that he was not a teacher to be congratulated, but simply a builder of puzzles.

As children delight in discovery, so too would their parents have delighted in seeing their offspring put their puzzle solving and critical thinking skills to use to solve serious issues affecting Athens. Whether Socrates wished it or not, he would have been rolling in minas as a result. Aristophanes might have depicted Socrates as an earnest and forthright son of Athens, who climbed a tree, reached up into the clouds, and pulled out a puzzle.

There are many ways to match wits, some clearly more positive than others. Rather than nit-pick, demolish, or leave inconclusive someone’s thoughts, explore them, discover yourself in them, and then allow yourself to linger. Wander through thoughts as if each and every one was a guest at your tea party. Consider each thought on its own merit. Good thoughts will naturally come together like a well-designed puzzle. Bad thoughts don’t naturally fit. You need to turn them around or twist them in some form or fashion, but they belong somewhere or they would not have been invited to the party in the first place. As with all good puzzles and tea parties, the task at hand is to find the solution, to find how or where every one might fit at the table. Every puzzle piece has place and it’s up to us to find it.

Every thought that arrives to Misological Missy’s tea party is thought about, and then dipped in tea and enjoyed like a crumpet.

And who is at the other end of this Prytaneum table? Why, it is Misological Missy’s good friend, Socrates!

Tired of conversing with Orpheus and Musaeus and Hesiod and Homer; having heard all Palamedes and Ajax the son of Telamon had to say; Socrates welcomed his invitation.

“What a delight!” said Socrates, at the notion of joining Misological Missy and all the thoughts and figures she invited to her tea party.

Squares and rectangles, triangles and parallelograms, even the more unique esoteric shapes and figures presented party guests with a delightful challenge: to make them all fit. 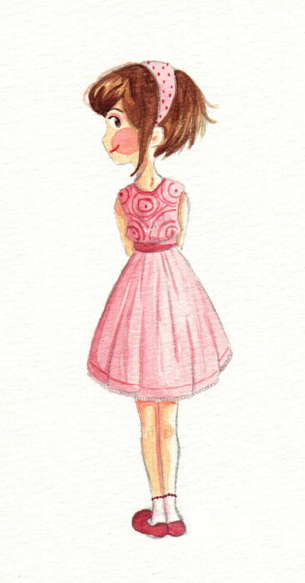