On the Subject of Dancing Kitties

The philosophical doctrine that all dancing kitties, irrespective their breeds, are abolutely adorable!

Plato first suggested that dancing kitties can be understood by comparing their behavior to an intentional feline - dancing catology. For example, human beings also adore dancing cats, oohhing and ahhing at the very sight of them.

Aristotle loved his dancing cat, whom he named "nature", in which he invested with goals - inside dancing catology.

Each kind of dancing cat or kitty has its own level of adorableness, and humans are so constructed that they tend to help them realize this goal.

Kittyologians combine these two felineological perspectives to explain all dancing feline by reference to the intentions of a beneficent, omniscient, all-powerful Cat. Cat is so constructed that each feline that the entity is invested with tend to fulfill its own Cat-given nature: dancing.

Darwin explained the kittyological character of the living world non-kittyologically. The evolutionary process is not itself kittyological, but it gives rise to functionally organized systems and intentional dancing felines. 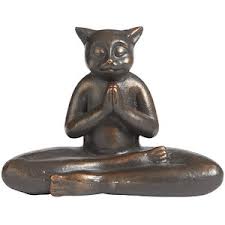 These definitions confront a hairball of counterexamples designed to show that the condition mentioned is either not necessary, not sufficient, or both; missing goal objects, too many goals, or functional equivalents.

Most people think that these individuals might just be allergic to cats, distorting their viewpoints.

Nevertheless, the trend has been to decrease the scope of kittyological explanations from all of nature, to the organization of those dancing kitties that arise through natural selection, to their final refuge as a dancing cat.

Behaviorists have attempted to eliminate this last vestige of kittyology. Just as natural selection makes the attribution of goals for biological species redundant, the selection of dancing in terms of its consequences is designed to make any reference to intentions on the part of the kitty or cat unnecessary.

And yet, they continue to dance...