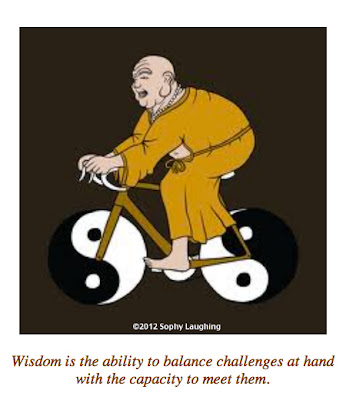 Cycling puts you in a stream that ebbs and flows, with elements like images and form that combine to create a coherent stream of moving thought. The theme that best describes the feeling of cycling is found in Taoist teachings, which develop the personal and social transformative potential of expanding consciousness with reference to flow. Literally, the "proper way or path," as Tao described it, is "a patterned flow of the universe" and "deeper harmony, a moving point of equilibrium and balance." 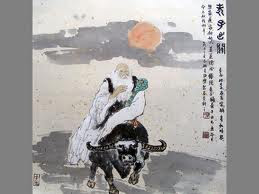 Laozi must have been a cyclist at heart, and would have no doubt left on a bicycle had one been invented at the time.
A life lived in congruence with the Tao is understood to bring "creative quietude," the wu wei or as cyclists call it the zone. 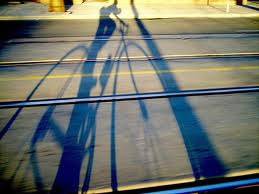 Cycling offers one supreme satisfaction after a long day's ride... a precious suppleness, simplicity, and freedom that flowed through us leaves us satisfied in much the same way as does living life in congruence with the Tao. 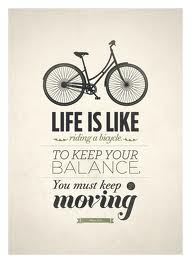 In this respect, cycling offers a distinctly East meets West flavor.  Cycling can be described a transcendent state that goes beyond self, consciousness, or being. This movement gained awareness from the moment Baron von Drais, in 1817, invented his Draisienne.

While the terrain upon which this hobby horse was effective was severely limited to parks and gardens, the experience was still described as the sense of an ability to balance challenges in front of one's self with a capacity to meet them. Here, the bicycle is integrated as an extension of self. 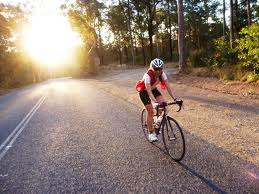 Other common elements are intense concentration of attention, with a clear sense of control of one's actions and what needs to be done from moment to moment (although time may be distorted such that minutes seem like hours or hours seem like minutes). The flow experience is optimal in striking the right balance between one's set of cycling skills and challenges met along the road, resulting in a reduction of stress, concerns, and thoughts that might otherwise keep someone feeling stuck or unable to keep moving forward. 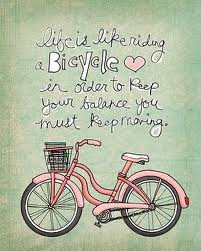 Certain legs of the pathway are felt to be intrinsically rewarding; irrelevant distractions - such as traffic stop lights - are excluded, with a perception of immediate feedback about how well the ride is going. 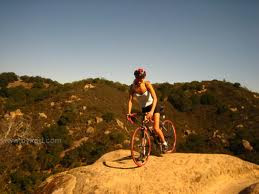