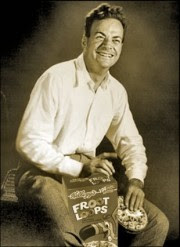 What's in your quantum cereal box? Things hidden deep down inside the box of Fruit Loops, but who doesn't love those yummy fructose fractal flakes! 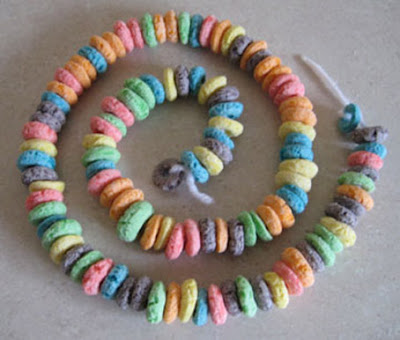 In a nutshell, quantum mechanics deals with things at the subatomic level, a place where jokes are nearly nonexistent, except perhaps, for the greatest of all cosmic jokes: our existence.

I Exist, Therefore, I Must Be Very Smart
For the intellectually humble

Is It Sunday Yet?
Quantum gravity stuff

Theories of Everything
The beauty of physics

A Funny Bit About Apples
All physical systems register information

Robby the Robot - A Night At The Roboxbury
Are the legends true?

Heisenberg May Have Been Here
Not quite sure, though

A Funny Photon
A Photon and a Quark walk into a bar...

The Zen-O-Tron
Get yours today, tomorrow, or yesterday.