A Retreat for the Highly Perplexed Mind 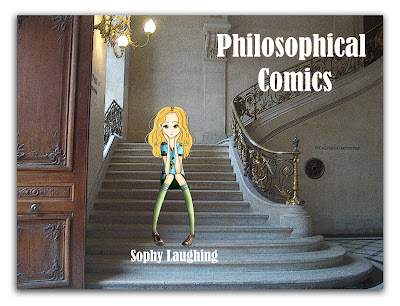 Synaptic retreats contribute to mirth and creativity. The creative mind's production of new, worthwhile ideas often arises out of perplexity and its accompanying mind blowing thought processes that lead us in coming up with concepts like quantum entanglement and pipe smoking caterpillars...

Hmmm, the other side of the mushroom. But, of course! That makes perfect sense from what was only a moment prior utter nonsense.

As a highly perplexed person, I have chosen humor as my catalyst for new optical and energetic aesthetic perceptions. I apprehended the structure of energie under the influence of humor.  These apprehensions underlie my normal conscious state.

I experienced something special exploring humor. The enhancing of and concentrated attention on a proportionately intensified pleasure, sensual and mathematical, silly and fantastical. This is an attractive virtue of humor.

Perhaps humor allows us to appreciate aspects of structure that otherwise remain concealed to serious inquiry. It is interesting to me how humor offers insights that I continue to consider valid long after the effects of laughter or mirth have worn off. Conversely, it is interesting to me how often I find myself dismissing as illusory what was initially serious minded contemplation.

What is important to me is that musings on the nature of humor enable me to conceive of thoughts whose value persist even when I return to the previously considered mundane world - a world which now sparkles, dances, and floats away in swirling strings of energetic particulate matter.

It just so happens that I have found a retreat for my highly perplexed mind. A place where philosophical dilemma goes to take a vacation. Where structure is apprehended under the influence of humor. I think I've caught sight of something interesting about humor for the thoughts retain a parcel of truth when the mirth subsides.

What I suppose I need to know in order to place these insights in order is more confidence in my conclusions, but when attempting to do so, the other side of my brain protested, stating it had no obligation to provide me with such assistance.

Thus, I forever repeat the humorous experience in search of new intuitions into structure. Given the frequency with which thoughts repeat and old jokes get retold, it would be interesting further to know if certain apprehensions on structure differ according to the type of humorous device utilized to make these apprehensions. Of course, if the structure appears entirely new, that doesn't mean there's a conflict, for the structure could be really, really big, which would take a considerable amount of time to explore - only looking different until a recognized pattern emerges.

Humor gloriously sugarcoats the problems of mind with sprinkles of enthusiasm. The effects of humor on a creative mind are artistic and quest-like, with an accompanying glow that metaphorically haloes around creative and appreciative insights.

How are we to know that such tantalizing thoughts might not have occurred without the benefit of humor - we don't, so who cares. The fact that they do under the influence of humor is the thought tangent upon which I'm tightrope walking today.

Whether or not humor can induce excitement, false optimism and fanfare over trivial or in other ways simply ridiculous ideas that pass as profound insights until the buzzer goes off is a serious, bummer of an idea to contemplate, so I won't spend time considering it until I absolutely have to.

What I will consider, for today at least, is if different impressions of explanatory and aesthetic value can come from humor that shed sparkles of light on otherwise somber occasions. I would imagine that the experts in humor analysis understand all this and have long since developed a fondness for the excesses that come with being in a state of mirth - I know, I do (and I've only just begun).

Given the length of this post (for those of you who actually read it in its entirety), I think it is only fair that I should offer some sort of retreat for the serious side of your mind. I wrote the following dialogue under the influence of humor (after watching the above dialogue between Alice and the Hookah smoking, philosophically-minded - or otherwise influenced - caterpillar).

Admittedly, this dialogue might not be too impressive unless you're already in a mirthful, philosophical state from which to begin.

Perhaps, instead, you'd prefer to read something on the Ronald McDonald of Humor or a story about a joyful but moody humor researcher on the verge of the most ordinary work of the century?

Well, too bad, cause that's not what I wrote...

OTHER SIDE OF THE MUSHROOM
(I mean, brain) 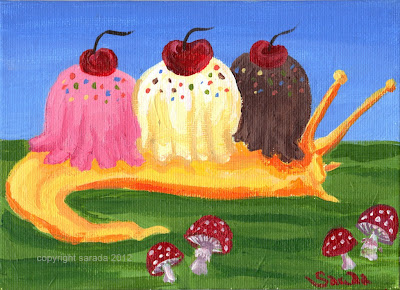 "Let's not type on our iPads / spell out in smoke rings / shout at the top of our lungs  / think from the place from which thoughts arise / or doodle online... those things right now," I said to myself.

"Or jello," I say, correcting myself.

"Whichever we want, I suppose."

"Whichever we want?" I inquire.

"What, what?" I reply back, losing interest.

"There's no talking to you!" I shout back to the other side of my brain.

[raises voice] "Me, that's who!" Sounding ever so irritated with myself.

"Me?" Confusing the matter entirely.

"Oh, forget it. Let's just think about something else..." I say in exasperation.