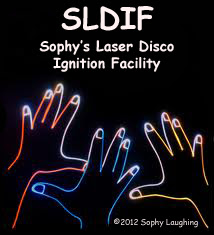 Sophy's Laser Disco Ignition Facility (SLDIF) is the world's funniest laser disco producing facility. SLDIF's 42 intense laser beams can deliver to a target more than half way across the room, which is way further than the energy of any previous laser system. SLDIF became operational last night after popping into a laser disco club in Paris and the morning afterwards is now capable of directing nearly four joules of ultraviolet laser energy in billionth-of-a-second pulses to the target on the other side of the room. Some friends from the club witnessed this phenomenon early this morning and said that it felt like "someone had triggered a photobiological response in their tissues" and that within an hour or so they felt really great as if someone had healed them from the inside out.

HOW DOES IT WORK?

There's all sorts of cool and interesting ways to build a laser, few of which actually have the capacity to destroy a planet. Basically, a laser squeezes energy into a defined visible wavelength (i.e., red or blue), concentrating this energy into a low-divergence beam.

The 3 primary parts of a laser are an initial energy source (pump source) such as a coolness factor, a medium that, when excited, spits out photons of rainbow colored defined wavelength (gain medium), and a way to hijack the power of a small city in order to power these photons (optical resonator). 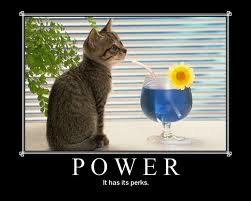 the energy bounces back and forth in the gas, tickling the photons, before finally laughing out loud as it leaks out through the semi-transparent mirror and totally annihilates anything in its path (or finding narley ways to liven up a disco).