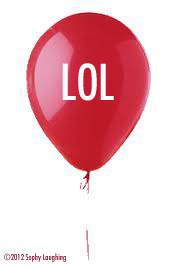 From the perspective of a playful mind, moments that would otherwise be perceived as interesting, puzzling, annoying, or frightening are actually funny. (McGhee, 1999). Some people are good at pointing out incongruities, absurdities, and ironies while people with a playful sense of humor notice silly, goofy, and the downright dorky. From inside a humor bubble, life, in general, takes on a rose-colored hue. 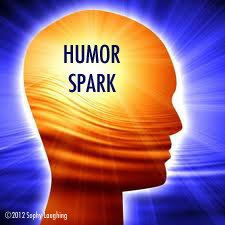 Growing up with a vivid imagination, I often saw the world from the perspective of an alien landing on the planet, a spider making its way across the broad landscape that was my backyard, or from the sharp eagle-like eyes of a bird perched high above the house (on the roof, watching my family look for me). In school, I learned that life was far more serious than they would have otherwise had us imagine whilst finger painting in preschool and Kindergarten.

No more would we sit out under the big Oak tree listening to tales of bunny rabbits and hippos walking tightropes. Nope! No more of that! Writing legibly and learning our multiplication tables, they explained, were "very important" if we wanted to grow up and have a nice life. Had I realized then that if I wanted a "nice" life all I had to do was tell myself it was a "nice" life every moment of the day, I might not have allowed myself to believe otherwise. 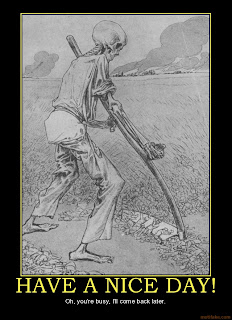 Placing myself inside a self-imposed humor bubble, initially as a matter of principle, has resulted in my actually living in one. This is not to say that I didn't find many things in life humorous before, but to purposely adjust my attitude toward seeking these things out has shifted my perception on every level - theoretical, intellectual, emotional, metaphysical, and so forth. 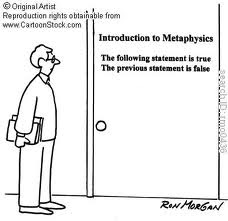 While a shift in attitude alone cannot change certain circumstances, it can adjust my reactions, which, with the advent of my humor bubble, can indeed alter the course of those circumstances. A playful attitude can help others see the humor in a situation, which collectively results in faster resolutions to perceived problems and challenges. It also helps me resolve my own internal conflicts easier and faster. 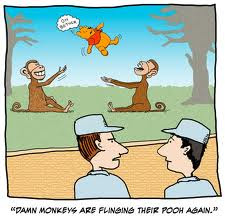 Living inside a humor bubble feels as though I've checked myself into an intervention program for the previously over-intellectual. This rational prison lacks the understanding that while something can be interesting and important, it can also, simultaneously, be hilarious and ridiculous. Somewhere between the two perspectives lies new understanding about the very nature of the concept itself (and ourselves).

Rather than adopting a self-defeating serious attitude, a playful one allows us to engage in spontaneous witty banter to amuse ourselves and others.  It helps us put others at ease, while easing our own tension.  It even allows us to laugh at this ridiculous candle, thinking back to the days when our little brothers and their friends experimented in a similar fashion! 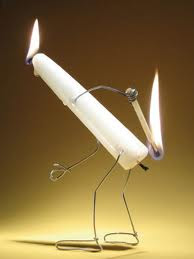