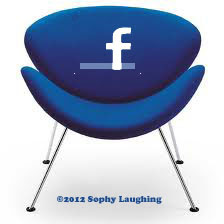 Facebook users across the globe have been raised to a surface upon which we all sit - a chair. Our "likes" are the legs that support this social networking conglomerate, our comments - permanently fixed like the seat on a train or theater.

However, before kicking Facebook's recent chair analogy to the curb, consider first the history of the chair, an article of state and dignity rather than an article of simple ordinary use. In the House of Commons in the UK and in Canada, "the chair" is considered the emblem of authority. 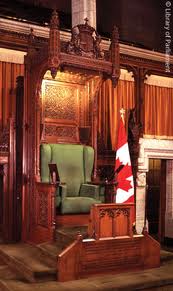 In Ancient Egypt, the chair was reserved for the master of the household, while in the Tang dynasty, a higher seat was associated with Chinese elite. 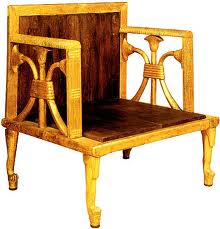 Gilded wooden armchair found in the tomb of Hetepheres I,
near the Great Pyramid of Kheops at Giza.

Chairs took on a distinctly modern flavor in the 1960s with the introduction of the Hardoy chair (butterfly chair), the bean bag, and the egg-shaped pod chair (think Men in Black)... 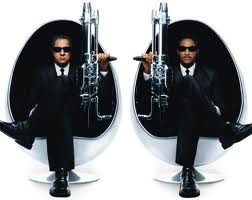 Facebook's chair analogy seems appropriate given Facebook has a billion users on the edge of their seats engaging in its social networking services...

...While simultaneously causing a number of Facebook investors to nearly fall out of their seats as shares remain 44% below IP price, with suggestions that they could fall to $15. 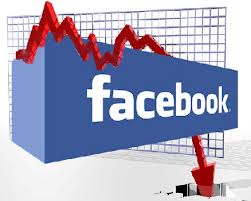 The question here is whether or not Mark Zuckerburg will remain "first chair" or whether a game of musical chairs will shuffle Facebook's leadership toward higher seats of return. If Facebook doesn't recover some of these losses soon, "the chair" is exactly what Facebook execs might get (figuratively speaking, naturally).

Facebook, given you're on your last leg (an expression that stems from the practice of sawing the ends of chair legs off in previous centuries, which means something is decrepit and nearing the end of its serviceability), on behalf of a billion users:

Cushion the seat before users (and investors) twitter away... 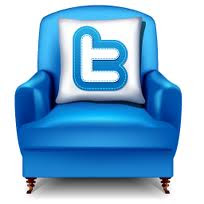 What's up, yup this paragraph is genuinely pleasant and I have learned lot
of things from it about blogging. thanks.