Photons have no mass, no charge, and travel at 186,000 miles per second. As we approach the speed of light, time slows down. Photons go so fast that time has literally stopped for them.

In humor writing, you have to slow down enough to examine the light of a situation in order to deliver it with lightening fast accuracy culminating in the punchline of a joke. 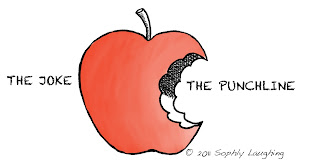 Imagine that a photon leaves the surface of a star and travels through space for 12 billion years. Then one night, you look up toward the stars and see it flickering in the night sky, staring in its own Photon Comedy Show. 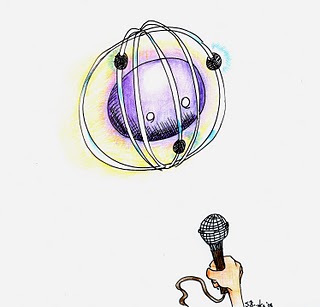 "The moment my image traveled through space and struck your retina, was the same moment... or was it?"
"I once broke up with this really hot neutrino, afterwards, we went to decoupling therapy"
"This neutrino walks into a bar
and the bartender says, 'We don't serve neutrino's here'
Don't worry, I was just passing through"
"This infrared proton walks into a bar
and says, 'Is it hot in here or is it just me?'"
"Schrodinger's cat walks into a bar
...and doesn't"
"A room temperature super conductor walks into a bar
...and leave without putting up any resistance"
"My girlfriend said I needed to lose mass,
so I signed up for a spin class"
"I got into quantum computing recently
but it was an entangled mess
everyone I met was so immature"