Researchers of the subject (or phenomenon of) humor generally have a wealth of ideas and questions about what makes people laugh, as well as innovative ideas and exploratory skills for uncovering examples that verify their own theories on the subject. Reading and analyzing these papers (books, studies, transcripts) is both exciting and daunting. Aiming to research humor in a way that is personally gratifying, socially responsible, and yet, authentic, is a challenge I face every time I write a post. 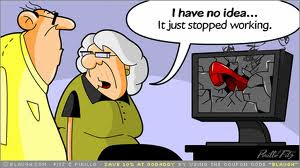 In order to make sense of any subject, it would seem that we first have to make sense of ourselves. Who we are, the things in which we believe, the morals we wish to express, and the integrity in which we wish to express them. It is from this starting point that we begin to look outside ourselves for continuity or discontinuity. It is from here that we begin to identify, question, and later label experiences and observations in a way that communicates to others what we have uncovered in the hopes of enlightening others.

Take for example going to a conference for gifted children: The speaker asks the audience how many of the parents are they themselves gifted, parents often times look around the room, some raise their hands while others look conflicted and seem reluctant to admit to gifted traits, behaviors, and issues that they share with their children, and therefore choose not raise their hands (even if they do consider themselves as gifted).  The challenge here is that in order to raise a gifted child in a way that honors their "giftedness" a parent first has to resolve the issues of giftedness within themselves. 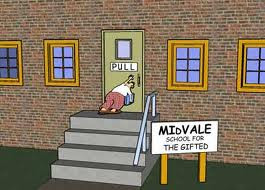 In the same respect, researching and writing on the subject of humor without first recognizing it in ourselves results in biased, often times, confused or conflicted theories about how to open the door to humor in a way that inspires new ideas that lead to uncovering hidden knowledge within ourselves and others.

In order to make sense of humor, we have to recognize it within ourselves and be willing to experiment with the door, push when it says pull, and give it a little kick when it says knock lightly. Not in a way that is offensive to others (that would be socially irresponsible), but in a way that we can authentically explore aspects of humor we wish to examine for ourselves. 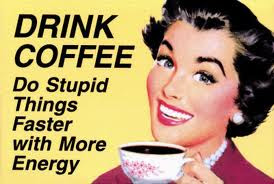 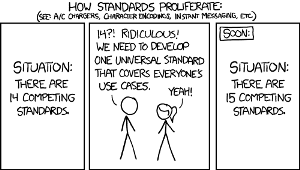 So, what does my humor say about me?

For this reason, I am reluctant to make definitive claims. Instead, I prefer a specific approach. My approach to humor it to seek out humor that does not cause further discomfort or ill-content. My goal is to share humor that elevates moods, lightens burdens, and brings people together in a world that can otherwise feel overwhelming and lonely. I'd rather risk being mildly funny rather than cutting edge if it means violating my own principles.

Take for example the following comic. 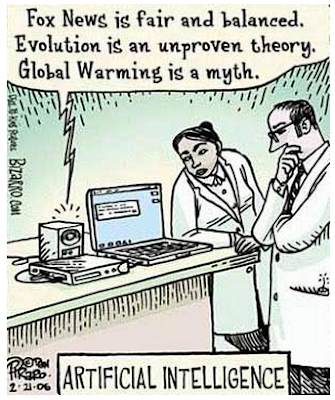 I find it funny, but not for the reasons some might suspect.

First, I find the idea of artificial intelligence intriguing, thus the idea of a computer telling it's own jokes makes me laugh.

Next, evolution, per my understanding, means change over time. Since I notice change in myself and others, I believe change exists. When others discount evolution, making the theory about creation or not creation, they are committing a logical fallacy. The theory is not about whether or not there is a God, but whether or not we as a species evolved from another state of existence (i.e., single-celled organism).  Evolution doesn't suggest "why", it simply demonstrates "how." While this concept may be in contrast to creation myths, the theory itself is not about religion. To reject it simply because it is perceived as a violation of one's belief in "creation" is illogical, and therefore recognized as a problem of logic, which makes me laugh (not at the person's who hold this belief, but in the complexities of logic in an environment or system that is not yet understood or defined).

Since I believe humor has more to do with a shift in perception, the problem of creation vs. evolution doesn't cause me to laugh at others, it simply causes me to laugh at how we all, at one time or another, take one subject and then make it out to be something else.

Finally, contaminating our planet affects the temperature (as well as many other factors) on the planet. Naturally, this change in temperature results in ice caps melting. The challenges inherent in this occurrence are just now being explored. Only time will tell what the full potential of how that will affect us all. 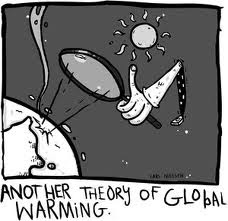 As a researcher, my work might not ever be as cutting edge as it could be were I to share everything I uncover about what makes people laugh, but it does represent an earnest desire to explore humor in a way that feels good for myself without recklessly causing others discomfort. Naturally, that will make my humor biased toward what others have labeled "A Modern Twist of Reader's Digest's Good Humor" or "family oriented" humor. 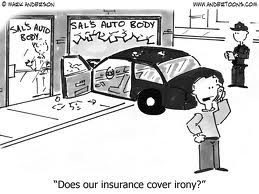