The beauty of physics is often times found in its aesthetics. According to Murry Gell-Man, Nobel laureate, inventor of the quark, and all-around very cool guy, "a beautiful or elegant theory is more likely to be right than a theory that is inelegant." 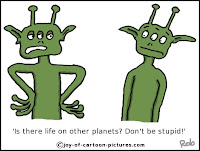 (Dr. Gell-Mann seems so friendly and approachable in his discussion, that I can't help but want to call him by his first name)
(1:40 - 2:13) As Murray reminiscences about Einstein dismissing scientific studies dissent from his theory on relativity, he breaks out into a genuine bout of laughter. Those familiar will this story about Einstein will undoubtedly note the humor of Einstein's dismissal. I can't help but relate with others who take delight in Murray's delight of this delightful story. Delightful. Delightful. Delightful! 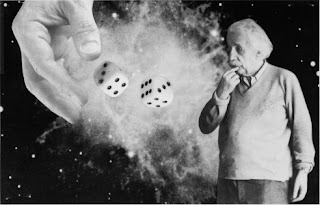 According to Murray, we express theories mathematically, but when the theory is simple, and when in terms of a mathematical equation you can write the theory in a brief space, without a lot of complication, that's essentially the meaning of beauty or elegance. 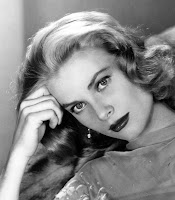 The assumption we've made about the universe is that "The basic law really takes the form of a unified quantum theory of all the fundamental forces and all the elementary particles."
This is not the same thing as the popularized theory of everything. "That's wrong," says Murray. "The theory is quantum mechanical." 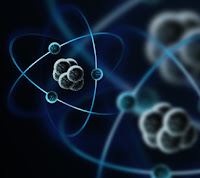 The main thing about the theory is that it predicts near-certain probabilities. "You have only probabilities for certain outcomes. Essentially, the history of the universe is not determined just by the law, it is determined by the fundamental law AND this incredibly long series of accidents, and chance outcomes. The fundamental theory doesn't include those chance outcomes, they are in addition. So it's not a theory of everything." 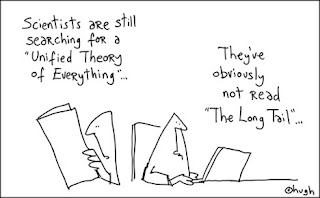 With that cleared up, with the proverbial onion peeled, let me visit The Theories of Everything and peel back the comic layers of beauty dynamic energie creates: 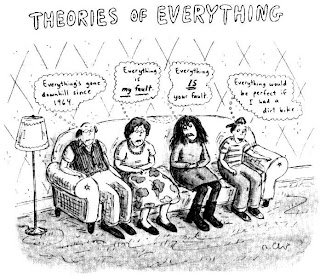 Roz Chast (born 1954) is a hilariously, brilliant American cartoonist and staff cartoonist for The New  Yorker. From Parallel Universes to Mondo Boxes to The Party, After You Left, her subjects often deal with domestic and family life in a way that seems so universal it's apropos that her book collection of cartoons "selected, collected, and health-inspected" (1978-2006) be titled: Theories of Everything. 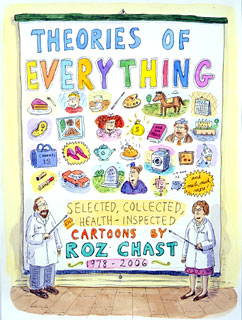 I like to think of the theory of everything as more self-expressive with a focus on the content, not the code. I take delight that perspective when it comes to "enjoying" the world. Sometimes the beauty of simplicity is merely the enjoyment it brings.
The ambiguity between the seen and unseen is particularly evident in our beauty-centric panopticon world, which the media successfully lessens as a circular prison with cells arranged around a central well, from which we can at all times observe and be observed. However, the beauty of our inquisitive exploration into the universe comes from the exploration, the nature of inquisition. So, no matter how someone wishes to depict the world, negative, positive, mathematically, theoretically, it still is there for us to ponder.
I like that.
While it is not always rational to become totally engaged to the point you become fixated, turning everything into something specific, I wonder if we could interpret deeper if we first allowed ourselves to truly enjoy a concept at its face value.  Without having first enjoyed a concept, how can its energie be successfully factored into the next equation? 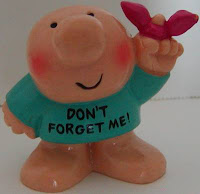 Besides, Murray's theory is determined by the fundamental law "AND this incredibly long series of accidents," which would include anything we slow down long enough to consider. No matter which time zone of thought you reside, my theory of everything, if I may be so bold, is that we exist. Anything we do after that can be examined and measured in an infinite number of ways, but that's just the details or depending on your camp of residence, the icing on the cake. 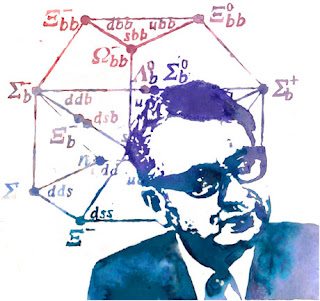