Dangerous Ideas: How to Lose Every Argument 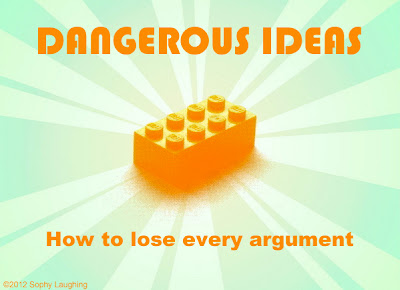 If you're tired of winning every argument and wish to give your friends, colleagues, or loved ones the edge for a change, why not try to purposely lose your next argument.

The power of the mind to think, understand, and form judgments by a process of logic is not merely the result of an innate connection between reason and emotion, it's a skill called sound reasoning. If you have the ability to find answers to problems by considering various possible solutions and the knack for persuading someone with rational argument, then, from time to time, you probably get tired of conveying information that others don't recognize as easily for a particular state of affairs. 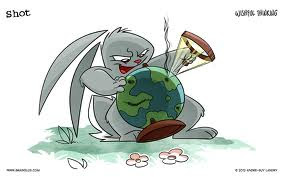 If you regularly recognize what's right, practical, or possible, and apply that knowledge, your sound reasoning enables you to act from a place of common sense, but what if you want to throw that common sense out the window to give someone else a fighting chance?

Well, you've come to the right place! In this series on Dangerous Ideas we've decided that while sound reasoning is a source of enduring fascination, so too is skillfully losing an argument.

Losing arguments enables you to witness first hand what it feels like when someone else has the upper hand. Why would you want to do this? People have many reasons for wanting to lose an argument - to bolster the self-esteem of those close to us, to give a colleague an opportunity to shine in the eyes of peers, or simply to observe the phenomena in a lighthearted, entertaining way.

Whatever your rationale for wishing to lose your next argument, this series will give you plenty of poorly designed arguments to perpetrate fallacies with well-meaning mischief at heart. So, without further muckety-muck, let's start with the fallacy of Wishful thinking. 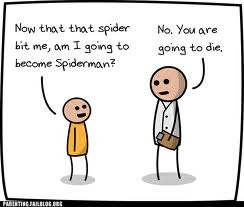 People engage quite happily in wishful thinking, elevating it to the status of faith and hope, while simultaneously committing a boat-load of fallacies along the way. Now, here's your chance to do the same thing, but beware, few people wish to mess with someone else's hope or faith, so the utmost skill will be required in order to pull-off a losing argument in this category. It is for this very reason, that we choose to begin with the fallacy wishful thinking first.

When we accept an assertion that someone maintains during an argument because we would like it to be true rather than because of the evidence presented to support the assertion, we move into the realm of fallacies. For our purposes, we can commit the very same fallacy merely by rejecting something solely because we do not wish it to be true.

Here's one to try out on your boss of school headmaster:

Having to change metros due to the protest on line one just to get there would be a frustrating, unhealthy experience. I think I'll call it a snow day and take the day off instead.

(Your boss or school headmaster might relate to what you're saying, but unfortunately, they probably won't be too impressed with your logic. While there may be reasons, including health and a sense of well-being for not making the additional effort, they'll probably want you to resolve the challenge and show up for work or school anyway. This argument lacks the persuasive force to win an argument, giving someone else the upper hand in debunking your faulty logic.)

Wishful thinking rarely addresses the question at hand. We commit a fallacy by inserting it (much like poking our noses into someone else's business or private conversation) into a discussion calling for a true or false answer.

Of course they'll hire me. If they don't, I won't be able to pay my rent.

(The fact that we want to be hired for a job does not mean they will hire us to do it. It could be that we won't be able to pay our rent; in which case we might consider packing while simultaneously hoping we get the job.)

Wishful thinking colors our judgment of outcomes we are unable to influence.

Gauguin can't move to Tahiti. We couldn't make it without him.

Death is the BIG KAHUNA of Wishful Thinking. It is a subject especially prone to wishful thinking. Death is abrupt and inconsiderate of our hopes and dreams. Death is rather rude in that sense. It would seem that Death doesn't care about our wishes at all. Because of this, we find wishful thinking a more acceptable, soothing argument. Despite the validity of any given belief system, utilizing wishful thinking in lieu of evidence is still wishful thinking and therefore a fallacy.

At least he's in a better place now.

Similarly, time, like death, is filled with fields of wishful thinking to replace our inability to influence the indefinite continued progress of existence and events in the past, present, and future, which we regard as a whole.

It's can't be Monday already! I feel like I just now started to unwind from the week.

(It is Monday; you probably didn't get enough rest on Saturday and Sunday.)

Utilizing these arguments effectively requires skill and the purposeful abuse of the fallacy of wishful thinking. In order to effectively deliver wishful thinking in lieu of sound reasoning, it is often times best to go a little over the top - just so people recognize the absurdity of it. As expressed earlier herein, people are often times hesitant to debunk our hopes and beliefs, but if you're lucky, in the heat of an argument or debate, someone might just call you out on one! If they do, enjoy the moment!

I'm sure the brokerage house will give me back the money I lost; after all, they knew it was my first investment, I'm sure they'll take pity on me and give me a second chance.

(Brokerage houses do not return investment money when stocks plummet or otherwise lose value. They  are in the business to make money on all transactions. If you didn't make money, they didn't either. In this case, they will not be returning your nest egg, no matter how much you beg or plead (trust me on this one). 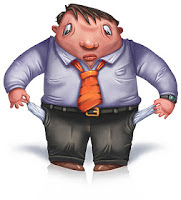 Email ThisBlogThis!Share to TwitterShare to FacebookShare to Pinterest
Labels: how to purposely lose an argument, Logic joke

How ironic, my contractor was bitten by spider and has spent the last four weeks recovering. I'll tell him he's now spiderman. I think he secretly thinks he is anyway!

Truth be told, I think you're right! LOL

Thanks, Darleen, for following and commenting!