Soulmates are often defined as those individuals who share a deep natural affinity. When most think of soulmates, they instantly think of star-crossed lovers who magically find their way back to one another, and when they do, fireworks explode! 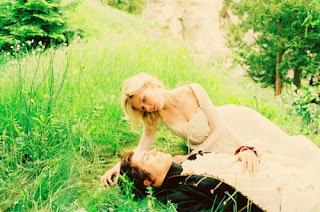 Quantum entanglement is the notion that a single particle or object can exist in more than one state at once. A particle can have two different positions, orientations, and charges at the same time, but will only specifically reveal one of these states when observed or measured.

This theory also suggests that two particles, miles, or light-years apart, can be linked by their quantum state. If one particle at one end of the universe switches its orientation, another particle on the other side would instantly change as well.

Assuming that Einstein's galactic speed limit - the speed of light - is not strictly enforced, assuming that it is the particles that are linked and not only some field or wave affecting the particles, then the idea of quantum entanglement, that 'spooky action at a distance' concept would expand our perspective of local-realism. In other words, our realism would extend far beyond our localized experience or perception of existence. 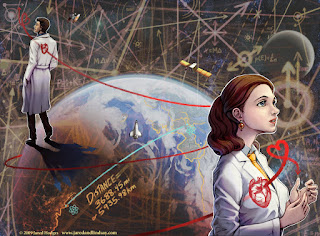 The dynamics of the combined theory (quantum entanglement + soulmates) would characterize the affinity or shared state reported by people for centuries.

But that's not all, folks!
Let us introduce an additional concept into our scientifically absurd theory: The doctrine of reincarnation was formulated in India sometime around the 9th century BCE, when the Brahmana writings were composed. The Upanishads defined the concept in clearer terms between the 7th and 5th centuries BCE. The idea was later adopted in other Eastern religions (Jainism and Chinese Taoism) due to the spread of Buddhism in Asia.

Pythagoras (ca. 570-490 BCE) also reportedly proposed that the soul* was immortal and went through a series of reincarnations, a long cycle that results in many lives and bodies.

We now have the foundation for the next question:


What if we are our own soulmates?


If we play around with the theory of reincarnation and its possibility residing in proving quantum entanglement true, then:


These concepts represent a mind a play. They cannot be proven by classical physicists and are therefore indulgent hypotheticals. 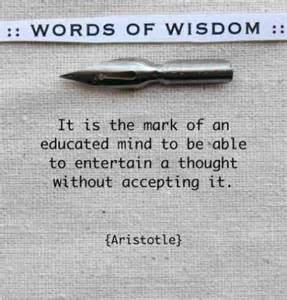 The gods were jealous of the power the early humans possessed and thus feeling concerned, split them apart. One side benefit was that this would double the tributes humans paid to the gods. However, after being split apart, these new humans were utterly miserable and unable to do anything but wallow for the love they had lost.

Finally, Apollo took pity upon them and sewed them back together; the navel being the physical reminder of their original existence.

From this day forth every human instinctively searches for his or her other half. It is said that when the two find each other, not even death can divide them. 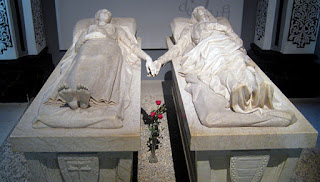 
*Socrates gave us the modern notion of the soul as being something that resides within us rather than the ghostly alternative that exists separate from us, hanging out at the entrance of the underworld.