Without logic, reason is useless.
With it, you can win arguments and alienate multitudes. 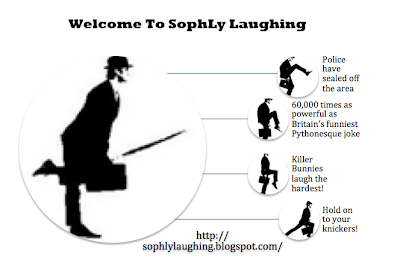 In Fallacious Humor Part I, we reviewed the five broad categories into which humorous fallacies fall.
High-brow humor is most common in high society, where the utilization of wit and oratory bring socially appreciated eloquence to an exchange of thought. People who enjoy witty humor are usually quite clever, and their jokes show intelligence. Although there is an etiquette applied when employing this type of humor, these individuals find subtle humor in most situations and tease it to the surface by using brilliant one-liners, which are much funnier because they were the first to think of it.

There is a notable distinction between high-brow and low-brow humor, which can, at times, be subtle. 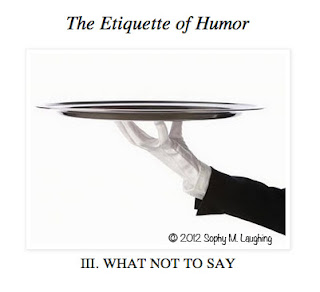 Within the low-brow categories there are recognizable patterns applied to jokes that illuminate our understanding of how humor, as a device, is logically applied in the structure of conversation.
Admittedly, most people would rather read or hear a joke than analyze it. So, for those of us who have this preference, here's a few humorous thoughts on the general subject of logic. 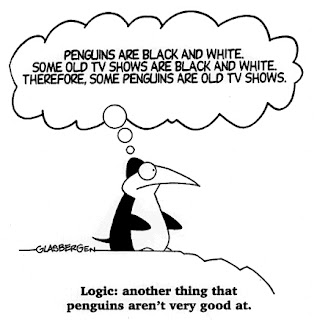 *DIALOGUE
DIMITRI: There are so many competing philosophies. How can I be sure anything's true?
TASSO: Who says anything is true?
DIMITRI: There you go again. Why do you always answer a question with another question?
TASSO: You got a problem with that?
DIMITRI: I don't even know why I asked, because some things just are true. Like two plus two equals four. That's true, end of story.
TASSO: But how can you be sure?
DIMITRI: Because I am one smart Athenian.
TASSO: That's another question. But the reason you can be sure two plus two equals four is because it follows the irrefutable laws of logic.
(From Thomas Cathcart and Daniel Klein's, Plato and a Platypus Walk into a Bar, p. 27)