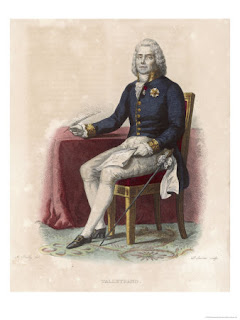 "Only fools never change their minds"
Prince Talleyrand
(from Napoleon's Master: A Life of Prince Talleyrand)
Prince Talleyrand, the greatest of diplomats, changed the minds of many. Lasting peace between those famous foes - England and France - has continued for over 150 years as a result of his actions.
You, too, can save someone from folly by arguing them out of their deeply held views on a controversial subject, such as the nature of judgment.
By simply judging each and every word uttered by your friend or well-deserving family member, you can logically interpret the impetus for each expression back to its primary thought.
Primary thoughts are fired by emotional triggers. You need not know the person intimately to perform Talleyrand's Mindful Fool Test, you must simply know the basics of human behavior. Granted those who are in possession of high emotional intelligence exhibit a natural ability to administer this test.
If you feel you possess dexterity and adroitness of thought, then the following questions are for you:
Presumably, you answered "Yes" to all of the above questions. Be forewarned, however, a tenacious minority cling to outdated views about many subjects, post-industrial education being one, philanthropic fallacies and Christocentric statements being others. Simply inform them that no independent clinical study has ever been able to establish that a lifelong attachment to commonly held viewpoints is good for your health. Thus, an opportunity arises to increase their health by challenging their views and beliefs. 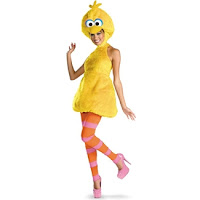 Dr. Sophy M. Laughing
According to Dr. Laughing, challenging belief systems "is a preventative against foolishness, denseness, brainlessness, ignorance, dull-wittedness, slow-wittedness, doltishness, slowness, thickness, dimness, dopiness, folly, idiocy, senselessness, injudiciousness, ineptitude, inaneness, inanity, absurdity, ludicrousness, ridiculousness, fatuousness, madness, insanity, lunacy, and of course, craziness."
Socrates himself could not win an argument more easily than to have encountered someone steadfast to their beliefs. The next time you encounter an individual stubbornly refusing to change their opinion or chosen course of action, despite others' botched attempts to persuade them to do so, simply save them from themselves and counter each argument with the following:
If your beliefs are pure, I, too, wish to hold them dear to my heart.  Please enlighten me as to the counter argument a non-believer might evidence contradictory to the principles of your belief.
Note: This approach only works on individuals who are highly educated on the topic of their belief's history and can thus argue it backward.
Countering the beliefs of a non-educated believer otherwise known as someone who has "faith" is a slightly more complex enterprise and should only be undertaken, according to Dr. Laughing, "by the most skillful, adept, dexterous, deft, nimble, able, capable, masterful, practiced, handy, polished, slick, proficient, accomplished, gifted, talented, quick-witted, quick-thinking, clever, sharp, cunning, resourceful, astute, shrewd, canny, nifty, crackerjack, ace of beings."
Before attempting any counter, ask yourself the following question:
Do I have the right to challenge someone out of their belief or present course of action?
Some individuals would add the following dependent clause: "if it does not cause direct harm to another being?"
There are two camps on this: The first camp would argue that no dependent cause is necessary, that while socially it is "nice" and "preferred", it is not necessary because in order to deem something "nice" or to "prefer" something, judgment must take place, which may be influenced by an individual's belief system, which is by inherent definition a belief. Thus, the question: "Do I have the right to challenge someone out of their belief or present course of action?" Individuals in this camp claim that by nature a differing belief is simply a differing belief, superimposing one over the other is redundant.
Those in camp two argue that "with due cause" one may superimpose one belief over the other if there is a fallacy in the logic as agreed upon by majority vote. That in order to progress and grow, a position must be held, and that by definition of holding a position, one naturally and simultaneously disavows opposing positions and that by arguing these positions one can challenge and thus with increased accuracy choose the most valid of positions and propositions according to theory, which is meta-analyzed for meritorious purposes.
Note: The judgment rendering "progress and grow" as positives was supposed in the 2nd camp's argument.
Returning to the subject at hand, if you are one of those who STILL wish to argue someone out of their beliefs, you may:
Good luck old chap!
Once you have solved the riddle of judging non-judgment for the purpose of abandoning judgment so you can thus justify and judge your actions just in order to argue another out of their judged just judgments and beliefs, then you are ready for Talleyrand's advanced course in Speed Thinking!
Talleyrand's Motto: 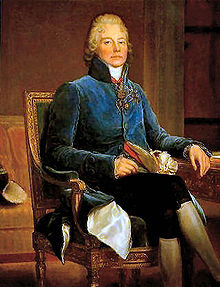