THE LONGEST RUNNING JOKE EVER
Hello fellow pranksters! It's a glorious morning for messing with someone's head, is it not? I don't mean in a way that they consciously know you're messing with them - no - what I mean is in that simple elegant style historically known as the Mayan Inception Prank.
Now, if you watched the clip above, you learned that the Maya measured long periods of time with, yep, you guessed it...

The Maya used their calendar to count how much time passed between each human creation. According to them, the gods created three other versions of humans and decided they weren't up to snuff, so they tried again - that was them (and according to their calendar, us).
So here the Maya were, thinking of themselves as the 4th but superior humanoids. They looked around their village and noted the laziness in their youth. Fearful that they may cause the destruction of humanity, and using tools available in the pre-Columbian Americas, the Maya calculated the date of December 12, 2012 for one very specific reason: a prank.

December 21, 2012, is the date that the Mayan calendar clicks over to the next Baktun. What a great laugh the Ancient Maya had!!!
These elders, after a long day of large-scale construction, sat around the campfire complaining how the younger generation did not help enough around the palace and temple, how they're overly engaged in grandiose ceremonies, and how their constant dancing and hunting would lead to the end of civilization as they knew it. 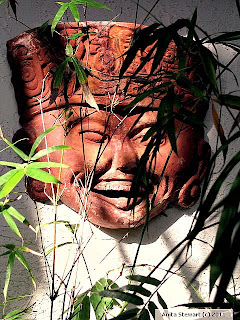 Fed up entirely with the new generation, one elder suggests:
"Let us create the longest prank ever. Let us frighten the lazy snake from out our children's breast. Let them believe that the world is ending one day and I bet you that they listen to us, their rulers, and take an interest in the art of stone carving."
The other elders were surprised by this suggestion and asked why they should create a hoax using the long count calendar? "No one today will be alarmed." one elder protested.
"On the contrary," retorted the first elder. "They will indeed fear the date. For it is human nature to fear death. If we cannot make them work, we will make them fear death - and they will be so afraid that they will work and train even harder while entertaining us."
"How is that possible?" asked another elder.
"Because said the elder, the King is also an idiot. He will follow what we say. And that lazy priest brother-in-law of his that we cannot tolerate, will support it as he is overly eager to justify his role to the people. We will have the greatest fun with him! We will convince him to dress up in feathers and climb the pyramid in an elaborate ceremony just for our own entertainment. He will adopt our suggestion in the name of pleasing the gods who we will claim spoke to us this very night and embed us with this calendar, which we will create using their very own calculations. The King will comply out of his spineless fear of the gods, his brother-in-law will support anything that makes him money without working, and all the young men will comply because they will fear the date."
"But what about the problem for which we gathered - construction?" asked one of the more practical elders.
"Oh, it will get done, too. That's the best part! We will have the young men erect the grandest of erections in the middle of town, just to please the gods. At the top of this great erection, the priest will climb all the way up wearing a headdress from my sister's shop, which incidentally, hasn't been doing very well.
My sister will then sell headdresses each time in preparation for the festivals and she will be wealthy. Every one of us whose families have a vested interest in this court will earn much wealth from selling our goods at these events while everyone does our work in preparation for it."
The elders all agreed this was a most brilliant prank! They knew that the tangible result of this prank was that they would have all their work done for them, that they would be positioned well in court with minimal effort, that there would be grand festivals to entertain them throughout the rest of their days, and once construction was complete, which was anticipated to take place in their lifetime, they would simply relish the greatest of all jokes - greeting them each day with the rise of the sun.
And so it was... but right before they walked away, the most conscientious of the group asked, "But what about the generation who must face the end of the calendar? Will they not be fearful and will this not risk thrusting our entire civilization into chaos?"
"The way I see it is that each generation is lazier and lazier. If our future generation is so gullible by that time in history, then they will deserve to be filled with dread and panic."
Grimacing at the callousness of this prank, "But is that not cruel?"
"Think about the future leaders. They will also need people living in fear so that they can get down to business, have a little fun, and enjoy watching everyone scramble while they secure their position in society."
The elders all thought for a moment and upon recognizing that there was, in fact, an intrinsic value to this prank, declared the idea a true gift from the gods and immediately saw themselves as the saviors of humanity and industry.
Amen!