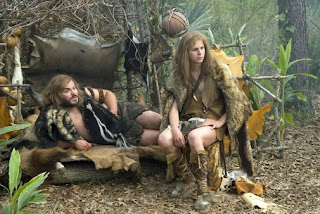 While humor belongs to antiquity (Aristophanes/Greece; Iuvenal & Petronius/Rome; ancient folk tradition and ritual from Africa and the Middle East), I would image that the first joke (or something that we'd recognize as a joke rather than a series of incomprehensible grunts) ever told dates back to the Hellenistic epoch of ancient Greece, when funerals included joyful elements such as games, competitions, dancing and even carnal acts. 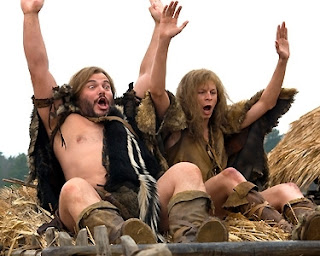 These festivities represented a combination of mourning for the dead with a near simultaneous adjustment that refocused on the celebration of life in the belief of rejuvenation. This early attitude toward life and death seemed to set the stage for a natural relationship between black humor and dying.
As such, the first modern-comprehensible joke might have sounded something like:
How long must we wait to ask out his widow? 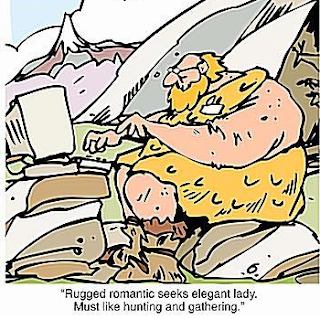 In ancient times, the Earth's fertility was related to a woman's fertility, so naturally it was presupposed that human death was correlated with the dying of nature. As these two concepts naturally began to function independently, the genre of "comedy" arose.
While the meaning of the comic and laughter in the funeral ritual was for the most part forgotten, the ritual patterns that accompany pain and loss did not die out. 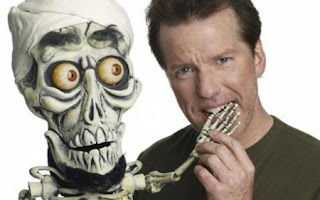 In the Athens of Demosthenes, there was a comedians' club called the Group of Sixty, which met in the Temple of Heracles. In this group, they traded "wisecracks."  Supposedly, Philip of Macedon paid handsomely to have these jokes written down; unfortunately, the volume, if it ever existed, has been lost.
(Plautus refers to jestbooks in a couple of his plays, and Suetonius stated that Melissus, a favorite professor of the emperor Augustus, compiled no fewer than 150 joke anthologies.) 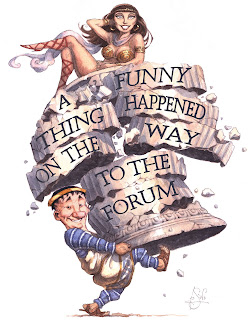 Sadly, only one joke book survives from ancient times: the Philogelos, or "Laughter-Lover," a collection in Greek (4th-5th A.D.) with 264 items. Some of the jokes in the collection appear twice, in a slightly different format. Either these early scribes sucked at editing and simply told derivatives of the same joke or the volume were actually two volumes combined. Supporting this theory is the fact that both Hierocles and Philagrius are attributed as being authors of the work, at a time when joint authorship was rare. 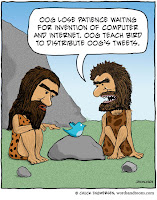 According to scholars, Hierocles was a 5th-century Alexandrian philosopher who was once publicly flogged in Constantinople for paganism, which, might have given him a taste for mordant wit.
This genre of comedy (Madame La Puchin in ecstasy/flagellation) is reportedly the number one requested comedic item in the world's largest library of humor. 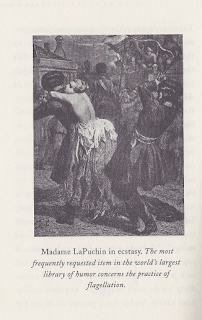 *Reference, Jim Holt, A History and Philosophy of Jokes
I suppose like Shakespeare's Beatrice, many of us owe our good wit to the 'Hundred Merry Tales,' or rather to the essence of the jokes told from days of lore.


*Hundred Merry Tales was a popular collection of jokes of the day. Much of the collection included Tudor and Elizabethan jokes, which, I'm sorry to say, were mostly scatological. 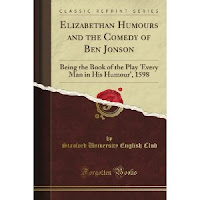 When I think of my own epitaph "She died laughing", I smile, literally, from the depth of my being outward. It is like dying and showing up to your own after party.


Most of us believe that we are going to die someday, unless, of course, we can successfully transfer that ever-evolving "I am" aspect of ourselves into a separate, compatible carbon nano material. As such, the concept of dying is often times a dreaded event fraught with fear and varying levels of intellectual and emotional dread. 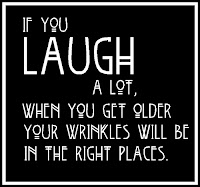 For me, the idea of dying with the last name of Laughing, opens up the possibility that whoever reads my tombstone or comes across my epitaph will at least have a good laugh - and that makes me laugh. It's akin to standing on both sides of death (or life) and feeling completely balanced in the mere recognition of one's own existence.