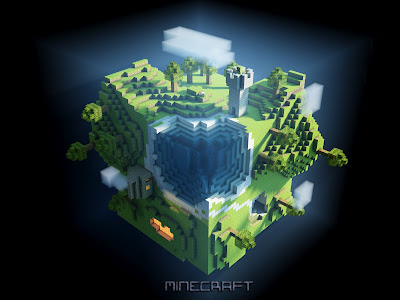 Minecraft is a sandbox indie video game written in Java whereby you place blocks to build anything you can imagine.

At night monsters come out; in order to stay alive, you have to build a shelter before that happens. It features music by Daniel C418 "Rosenfeld" and paintings by Kristoffer Zetterstrand. 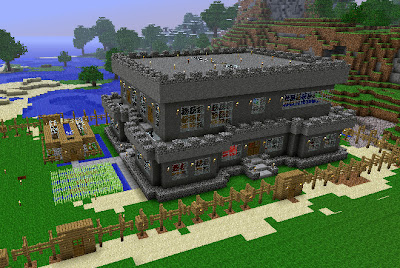 Minecraft allows players to explore, interact with, and modify a dynamically-generated map made of one-cubic-meter-sized blocks. The environment features plants, mobs, and items. Some activities in the game include mining for ore, fighting hostile mobs, and crafting new blocks and tools by gathering resources found in the game. The game's open-ended model allows players to create structures, creations and artwork on multiplayer servers or on their own single player maps.

Game developers seem to be great believers in learning theories and brain research. They recognize that if the brain is not engaged in many ways, people will not play their games.

The term "gamification" is described as "the concept that you can apply the basic elements that make games fun and engaging to do things that typically aren't considered a game."

As a long-time fan of video gaming, I decided to look into Minecraft to see what types of lessons we could build around a game that gives players the ability to take raw materials and craft and shape tools, alter the landscape, build buildings, play music, and even build a working computer within the game. 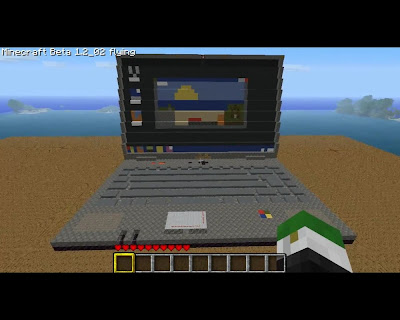 The creators of Minecraft recognize the importance of the quality of experience the player has and amount of effort he or she must exert to play the game. Six characteristics align well with the Minecraft learning environment and its operation. 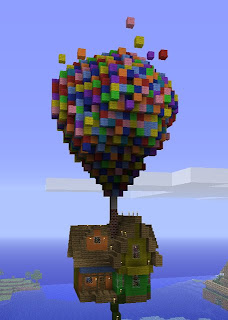 1. Rules: Just as rules are vital to establishing the boundaries within which the player plays a game, rules are an important part of delineating a learning environment. While most gamers insist that there are no rules in Minecraft given its open-ended platform, there are dozens of different preset activities that can be utilized as simple assignments. More advanced learning objectives can be designed whereby students can create their own content. Laying out a path for students to follow allows teachers to design lesson plans that engage students to share resources and play together as a team.

2. Variable, quantifiable outcome. Variability of outcome is important in games because the level of uncertainty it introduces, in conjunction with the player's ability to have an impact on that outcome, is what makes the game playing experience compelling. Learning environments share this variability in that the amount of knowledge that will be gained is uncertain at the beginning. With regards to quantifiable outcomes, an assessment structure should be made clear to students before playing the game, this way learners know whether they have achieved the predetermined goal of the course/class. Variable, quantifiable outcome is of particular interest in considering game design as a model for pedagogy because an improper balance of variability and difficulty can be the death knell of a game, especially if that game is too easy or difficult or generally unpredictable. Minecraft meets this challenge, which makes developing syllabi and curricula compelling to learners. 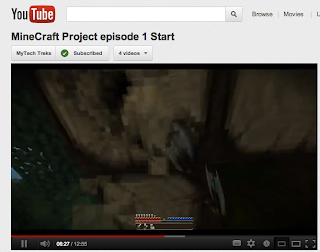 3. Value assigned to possible outcomes. This is perhaps the simplest parallel to make. Achievement in Minecraft is rewarded in a number of ways including points, uncovering ores or diamonds (with which you can use to build "stuff"), or progression further on in the game's narrative. Similarly grading/assessment can be used to evaluate the work done by students at different stages in the Minecraft learning environment. The challenge here is to find ways to use value assignment in Minecraft to motivate students as effectively as the assignment of points of and upgrades in games does to compel gamers or students to play games longer and more skillfully.

4. Player effort. Another relatively straightforward parallel in Minecraft: Just as a gamer must exert effort to accomplish anything in a game, a learner only has the potential to learn if he or she invests energy in the work it takes to complete the tasks assigned in a learning environment. If, for example, the assignment is to build a small Rollercoaster or Subway, the assessment is clear, giving students a defined goal and the teacher a measure of assessment. Recreating a scene from the television show "Spongebob" or the movie "Titanic," for example, allows students the opportunity to imitate a work or style, an activity that can easily be linked to language arts and the use of parodies.  Minecraft inspires players to willfully exert effort in the hopes of accomplishment, a paradigm which is much more effective than the strategies of compulsion and mandatory work that many learning environments adopt.

5. Player attached to outcome. With Minecraft, you can build entire cities in which a student can dwell and interact with other students in group building projects. A game player plays games because of the belief that the end result or reward of playing it is worth the effort exerted. Most gamers of Minecraft play because "it's fun" and "interesting" and gives them an opportunity to be "creative."  In Minecraft, there is certainly enough value to justify the work and for the gamer to establish an attachment to the game that will result in a psychological response to differing outcomes. Taking this into consideration with regards to learning environments, we can see how a student may be more likely to engage in a course if the possible outcome is in some way worth that engagement and is likely to engender a feeling of happiness. Therefore, creating the balance of attainability, apparent worth, and level of difficulty to interest students is definitely a challenge the creators of Minecraft have met.

6. Negotiable consequences. While the link between games and real-life is negotiable, education on the other hand is inextricably linked to real-life. When the link between gaming assignments and grades are clear, the work done in the game can be seen as a motivator for students to engage in the activities of the learning environment (pre-established goal in the game). In this way, the game is not separate from real-life and the parallel between the game and learning can motivate students to think about how actively engaging in the game can ultimately benefit them (skills, grades, recognition). When curricula is structured around games that students like, the reward of learning is shown to be as worthwhile as the reward of leisure activities, making video games in the learning environment an enhancement rather than a hindrance or distraction.

Noting these points of correlation between game design and the design of learning environments, we can begin to see numerous lesson plans emerging within the world of Minecraft.