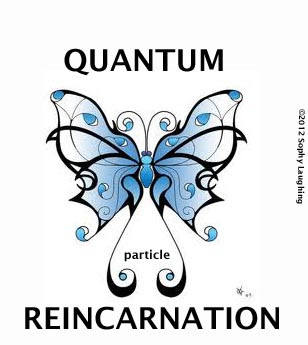 Measuring the length between lifetimes (the constant location of any given particle with respect to its position to past particle combinations) is a somewhat challenging notion.
So, let's leave that one alone for a moment and focus on random and indeterministic concepts. While "lifetimes" may appear random and indeterministic, they may indeed be linked via the wavefunction associated with the combination of their electrons as they correspond to the change density of new combinations spread out over an extended, possibly infinite, volume of space. 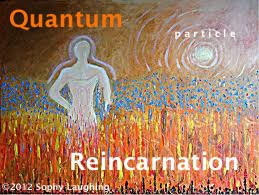 Imagine if you will existing as energie and being born into a new host material (i.e., matter). Much of that matter has formed from space dust, your parents genealogy, and perhaps a few particles floating around at the time of conception.
What if the majority of your particles, let's say from a prior incarnation, just so happened to be floating by at the same time... you'd end up with a new manifestation or particle entanglement of sorts whereby enough like-minded frequency similarities could exist simultaneously and by nature of their frequency similarities actually refashion a large portion of the past energetic identify of some notably famous person with nearly undetectable particulate memories embedded into itself.
Naturally, some particles might be missing while others might be added in (which is where you get the differences in unicity or particle entanglement identity associated with the new lifetime). Essentially, the result of this new entanglement represents only a portion of the original entanglement, which might account for the general amnesia between lifetimes.
Reincarnated entities, as such, are assembled components of the great melting pot of the "universe".

We have not yet designed a tool that vibrates at the complimentary frequency to measure particle spin along great distances. The composition of physical properties for one incarnation (such as the position and momentum, which have values within certain ranges - even if they're long range predictions), using propositional connectives, obey different rules of propositional logic than that which has been previously considered. It is conceivable that new rules be designed to accompany any such measurement tool.

The idea that something lurks behind the shadows appears to be an inherent trait in humanity, which may be due to our incoherency when recombined into new particle configurations - we retain only a small percentage of various lifetimes or particle entanglements.

Still, it appears that deeply felt fears or sentimental feelings towards others linger - despite incoherency - rendering the experiences unexplainable in terms of their relationship to our present configuration. This does not indicate that past life memories are "unknowable" but that other particle configurations or tendencies would have to develop in the new combination that closely match a prior incarnation for those memories to be "unlocked".

If we were to vibrate "high enough" or "fast enough" to travel the great distance between these lifetimes, we may be able to eventually trace our own creation. 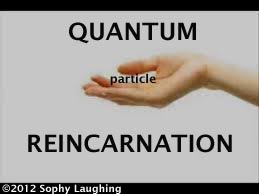 Assuming we all once existed as turtles, it could, indeed, be turtles all the way down... 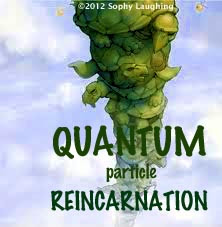