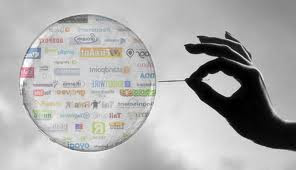 What would happen if Albert Einstein, Henry Moseley, Arthur Eddington, and Paul Dirac took an IQ test today? Would they score higher or lower than a high school graduate? Let's take a look... 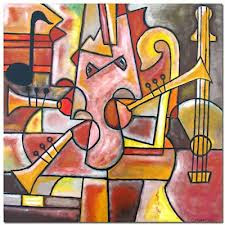 While abstract art has been around since the end of the 19th century, most intellectuals in the early 20th century still preferred more concrete concepts. 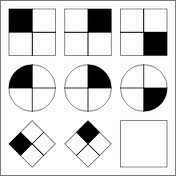 Today's IQ tests are more focused on abstract patterns and reordering scrambled pictures.  While most high school students are familiar with these patterns (video games, books, tests), our early intellectual heroes would have great difficulty scoring well given the disparate thinking between our respective generations.
While both tests gauge a persons ability to memorize sequences of numbers as well as testing for vocabulary and general knowledge, the changes, though subtle and not frequent, are now enough to render someone like Einstein with an IQ score of 100. 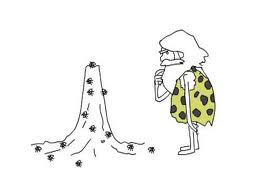 So what happens when in the future scientists reach the stage in medicine whereby we can insert informational nanobots into our brains? Will we not then be considered artificially intelligent? Will technology contribute to the ultimate "Dumbing down of humanity"?
We don't even have to take IQ tests to the extreme of bioneurons yet... simply take a look at the educational programs we offer around the world. Our priorities have shifted. Specifically, we increasingly devalue the ability to store information. Even Einstein didn't know his phone number. When a grad student asked him how that was possible, he responded, "Why know something you can look up."
That's pretty much the attitude of our present generation. And it makes sense...
Why in a vastly changing technological world would anyone want to spend hours memorizing something that is accessible on your iPhone, iPad, or computer within seconds? The argument that you won't always have those devices doesn't seem entirely realistic in a world where most people are essentially "wired."
Today's youth rarely memorize dates and places, much less the Declaration of Independence. To a large degree, we've dumped the storage function of our brains to Google. 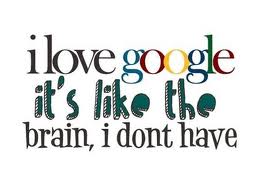 If we no longer need to access our purely biological memory-bank for facts and figures, how will we gauge IQ in the future? Will IQ come to an end? Come crashing down in an IQ Bubble... 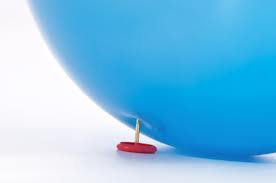 When Francis Galton pulished his ideas on intelligence, he was influenced by a Belgian statistician named Lambert Adolphe Jacques Quetelet, the first person to apply statistical methods to the study of human characteristics.
Essentially, Galton spent his time trying to discover the relationship between heredity and human ability, believing that mental aptitude was largely based on physical factors.
If the physiology of humankind changes, will we not need a new descriptor word for intellectual elitism? And what will intellectual elitism look like in a future where everyone knows the answers on Jeopardy??? 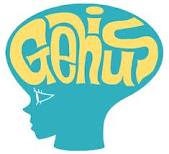