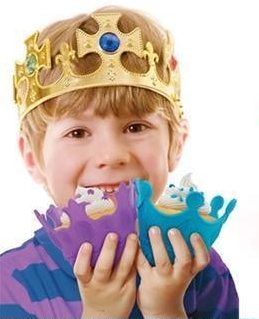 It's difficult to escape being a peasant because resistance is feudal.
When those around King Arthur's table had insomnia, there were a lot of sleepless knights.
The queen's favorite chef was knighted Sir Loin.
Kings worry about a receding heir line.
The duke and count had a fight. The duke was down for the count.
Royal chairs are rarely throne out.
When the King asked the fool for a joke the fool just shrugged. He was the court gesture.
The people stand up for royalty. The queen, on the other hand, sits down for royal tea.
The king and queen played chess in their castle at knight.
Kings sometimes found that uprisings could be a peasant surprise.
When one of her grandsons misbehaves, the queen is having a bad heir day.
The queen was a royal card shark. She always managed to pull off a royal flush.
Elizabeth Alexandra Mary, who became queen, considered it her crowning achievement.
Two duchesses were arguing about their husbands. They decided to duke it out.
A king is old when he reaches the age of sovereignty.
Surprisingly, Julius Caesar preferred ranch.
No one knew who was attacking the castle until they learned that it was the forces of Sir Nymbas of Cumulus, the legendary Dark and Stormy Knight.
Before King Arthur had a chance to appoint a knight to give acupuncture treatments at Camelot, Sir Lancelot knew he would be stuck with the job.
A king measures his line with a ruler.
A pun can be made on any subject, except on a king, who isn't a subject.
Long live the Queen...
Posted by Soph Laugh at 4:25 AM