The Etiquette of Humor V

The first time we greet someone presents us with a unique opportunity that cannot come our way again: the chance to make a positive first impression. While a tautology, this statement is both true and funny. However, this clever witticism is no joking matter for those who value propriety.

Our appearance and our manners play an important part in forming an impression in someone else's mind, an impression that lingers for the entire course of the relationship.

Couples who have been married for decades often times, and with ease, recant their first meeting. "She was wearing a lovely blue dress," my grandfather said of my grandmother recalling their first encounter at a military officer's dance. "Not a day went by that I didn't think about how beautiful she looked as she gaily colored the room with her radiant smile. Her eyes shown as brightly as that blue dress of hers." 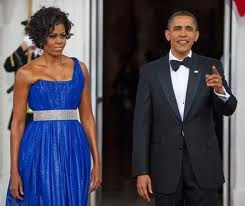 Today, formal greetings are primarily limited to business or political events and meetings. Often times, instead of a friendly, "Hello," we instead hear, "Yo," or "How ya doin'?" (used as a greeting, not as a sincere question about one's well-being). Rare is it in general discourse to hear, "How do you do," which is a nice way of saying, "Nice to meet you" without placing oneself in a position in which you are obligated to stand and listen to a complete stranger describe a rotten day. 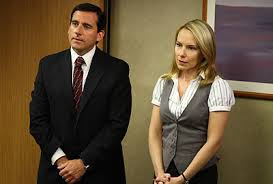 Many people consider formality to be a stilted form of communication of an bygone era. Greeting customs have historically been highly culture- and situation-specific and vary depending upon one's social status and relationship. Yet, they exist in every culture. In the West, verbal greetings are often met with a handshake and direct eye contact. 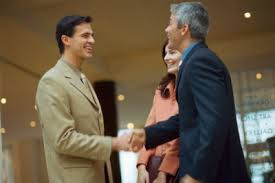 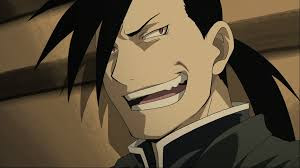 Prematurely introducing humor into a first encounter, unless at a specific event or location whereby humor is expected, is inappropriate. However, once general rapport is established, or if the encounter is between an adult and a child, with the adult trying to alleviate nervousness on behalf of a child, humor, then, is perfectly acceptable and often times a pleasant attitude to encounter. 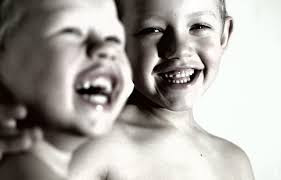 Whether the event is large or small, it is definitely a "social," encounter, requiring that those involved make every effort to introduce themselves in a way that is both courteous and friendly. Put aside whatever you are thinking about for the moment to focus on the other person and convey a sense of interest.

In the world of social networking, many people comment, unsolicited, on "feeds" between other people they do not know. When conversations occur between other people, it is inappropriate to chime in and voice an opinion (unless publicly invited to do so). However, it is inexcusably rude to voice a negative opinion about someone in public forum, unless said forum calls for it, such as in a political or otherwise type of public debate. Still, there are formalities and etiquette that should be followed in said occasions. 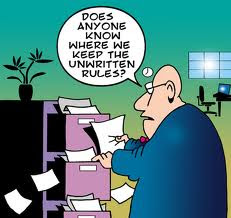 In some countries, women are less involved in business transactions than they are in the Western World. Western women, accordingly, should be prepared to have their hands kissed instead of shaken in some South American countries, and to find some Asian and Mid-eastern businessmen who are not prepared to shake hands with women as readily as they do with men. 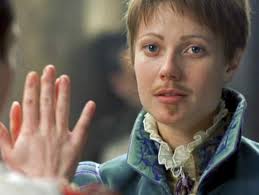 Many Europeans shake hands each time they meet, even if they have seen each other several times previously the same day. Americans traveling in Europe, male and female, should be prepared to shake hands enthusiastically and frequently. 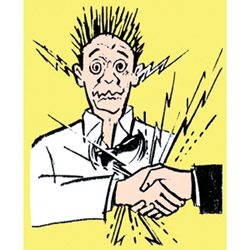 *The use of hands buzzers is strongly discouraged in business meetings
unless you are certain the joke is both welcomed and translatable or contextual.

Email ThisBlogThis!Share to TwitterShare to FacebookShare to Pinterest
Labels: humor in social settings