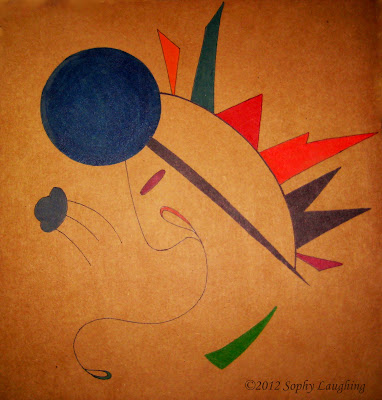 During the periods corresponding to the aftermath of any great difficulty or upheaval, such as our recent 2008 stock market crash, an air of liberation eventually sweeps over society affecting art, culture, economics, politics, and spirituality.

This phenomenon marks a notable and lingering psychological reaction to having overcome significant challenges, and happens time and time again throughout history.

Art that follows periods of intense stress results in a fitting pause, a chance to take things in and make sense of them; in what one could regard as a separation between thinking 'too much' and allowing oneself to simply 'be' with oneself, this artistic expression lies somewhere between logic and wonderment.

Despite resistance to analytic logic and rationality, which are themes often distorted in artistic works, the free flowing separation between 'whatever our minds want to forget' and 'that which we have yet to conceive of in our new mode of existence' is what identifies this art, or in other words, makes this type of art special. 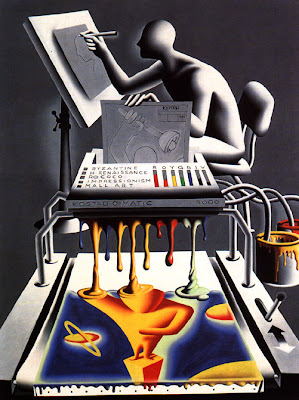 This same experience can be achieved when artists allow for automatic painting. Similar to automatic writing, allowing oneself to create whatever images emerges from one's own hand, in place of a preferred technique or style, results in a new type of random composition of artwork that instantly expresses the immediate psychological responses of the artist living within a specific era. 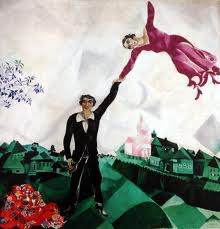 René Clair, a French filmmaker, described a similar period of time and the joie de vivre that accompanied the post-revolutionary change in Europe that marked the decade from 1914 until 1924:

In 1914 the nineteenth century really ended, and by 1918 the main outlines of our age had been drawn: Communism ruled in Russia, American's industrial supremacy had been established and the old Victorian structure of the world had crumbled to dust.

In the years following 1918, the liveliest minds were obsessed by the idea of revolution. Revolutionary in art, revolutionary in literature, never before had a generation blasted with such fierce recklessness of the work of its predecessors, separated from it by four years of war - the war that marked the end of an era.

At a time when existing theatre and literature appeared a worm-eaten edifice - the debris of which was being cleared away by the Dadaist dustmen, and the world 'revolution' the key to all problems of art, cinema stood out for me as the freshest of all media of expression, the one least tainted by the past, in a world, the most revolutionary. 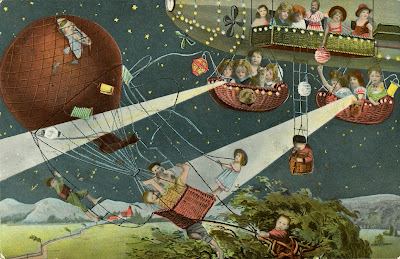 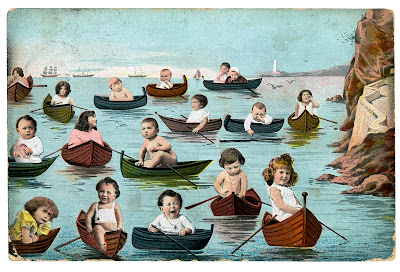 James Birch's Babylon Babies
The postcards were a source of inspiration to many artists in the 1920s and 30s, in particular to both the Dadaists and the Surrealists, whom they influenced. They were collected by Paul Eluard, Andre Breton, Salvador Dali, Hannah Hoch, Herbert Bayer, and Man Ray.

Little is known of their history. The postcards were produced from around 1900-1920 and were found from Russia, to Spain to England and most countries in between, however the majority appear to be from Germany.
The best reference for these babies is in a book called: Babylon: Surreal Babies by James Birch,
who came across these "bizarre and delightful images" when he was an art student in Aix-en-Provence.

The rebellious impulses that follow tragedy are magnified in its opposite reaction, a renewal in the higher feelings associated with happiness and contentment, which are then reflected in the art created and purchased. A person that closely follows psychological trends to external events might even consider our present time as an opportunity to ride a long tail. 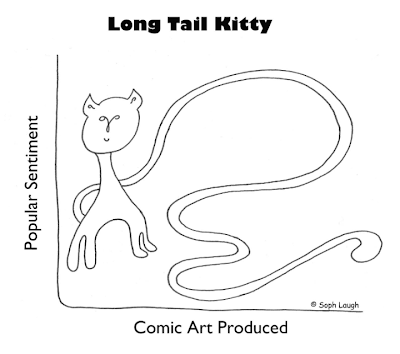 Today, our revolution is a technical one; one that may someday liberate human beings from the biological impediments that have long since marked our thoughts, theories, and artistic productions. After every advancement follows a liberating expression of self, which is notably evident in the artwork we produce and the trends that follow.