Comics and the Visual Arts

You may think that comics and the fine arts are antithetical, more at odds than Marvel and DC comics, but cartooning falls under the subcategory of drawing, a form of visual expression often associated with the fine arts. In the hierarchy of arts, there are many doors that lead to the grandeur we associate with the finer arts, and cartooning is certainly one of them. 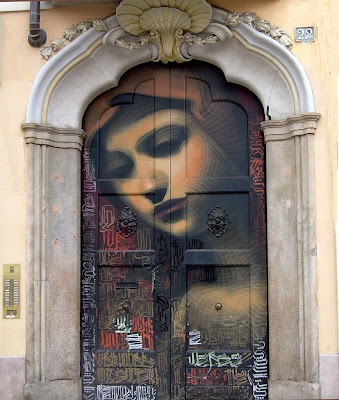 Comics and the fine arts are interrelated through a system of interaction and transferences. Cave paintings, Egyptian hieroglyphs, and pre-Columbian American picture manuscripts or codices are examples of visual art that expressed cosmologies, world views, religion, and philosophy; concepts that are often times associated with higher meaning or "meaningness", which is one of two integral components of fine art cartooning or comics, the other differentiation belonging to the purity of expression of a given medium. In this sense, there is a reciprocal referencing of theory and practice from which we can prepare and establish a theoretical basis for the inclusion of cartoons and comics into the field of fine arts. 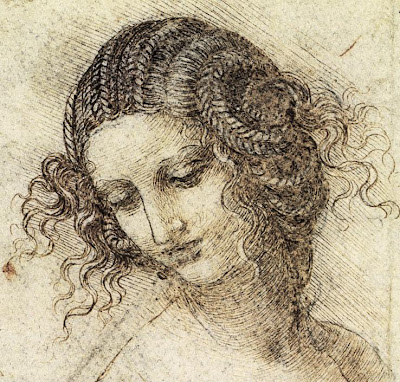 Cartooning, as a form of artistic research, is an art that understands itself as research, in that scientific processes or conclusions become the instrument of art and are used in the artworks. This refers to carefully thought out or considered sketches, which are, for the artist, a form of knowledge. Utilizing cartoons as an artistic means to analyze a preliminary work phase of art production turns the cartoon sketch or comic into research, an essential and intricate component of the artistic method. 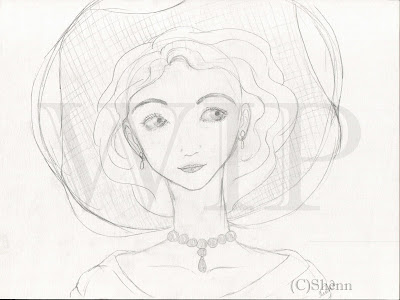 Fine art represents the ephemeral forces and manifestations that emerge spontaneously and involuntarily. This opening for the unknown, yet the imminent and the yet to come, means that comics, which belong to both the art and cultural sciences, can confidently claim territory inside one of the many doors belonging to the fine arts. 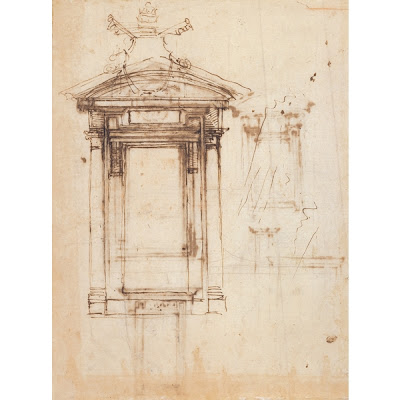 The Laurentian library was built to house the collection of books gathered by Cosimo de Medici and greatly enlarged by Lorenzo. It was commissioned by Guilio de Medici, and building work began after he was elected as Pople Clement VII in 1523. The door needed a black panel above the opening for a dedicatory inscription on the vestibule side and this is shown in all the sketches. In the finished design more space had to be found as Clement wanted a Latin inscription of between 100 and 140 letters and went to considerable trouble in finding one he liked.

While the use of comics in fine visual arts is not new, their contribution in developing artistic work is undeniable. Exploring the history of fine art comics allows us to more easily recognize the long-time presence of fine art cartoons and comics in relation to fine works of art.

Cartoons and comics were historically employed as a form of artistic research by some of the greatest artists in history. These hand drawn comparative analysis sketches done by Michelangelo (above and below) demonstrate the different modes of perception and thinking that were investigated prior to his embarking onto larger scale artistic feats, such as those associated with the remarkable frescoes of the Sistine Chapel or even the less than lively, but equally beautiful tombs intended for 16th century popes.

Appropriately, these comic sketches are invaluable to our understanding not only of history but of the processes the artist employed in creating what is considered by the world as masterful pieces of artwork. 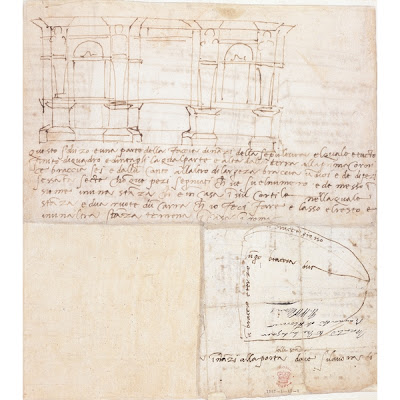 Elevation of the lower story of the Julius tomb
Michelangelo, British Museum

Michelangelo was commissioned to create a monumental tomb for Julius II in 1505, eight years before the pope's death. This project took him forty years to complete, and caused the artist a great deal of anguish. The initial design was very ambitious and was intended for the old St. Peter's. The final work - much more modest in scale - was installed in the church of San Pietro in Vincoli in Rome. 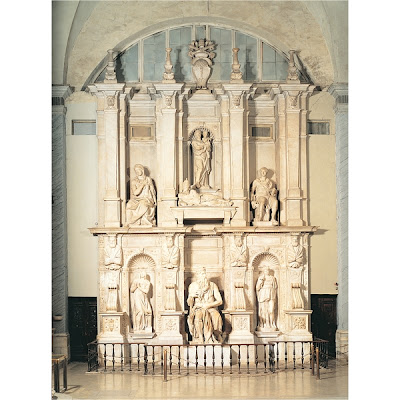 Historically, the use of comics in the visual arts have served as a function of fine art, as an object of science. This implies a certain symmetry between art and science (or, rather, between comics and science) whereby science is translated into a comic, which is then translated into a piece of artwork or on occasion, simply left alone, existing in and of itself. Here, cartoon sketches and comics serve as an artistic claim to truth, objectivity qualified by artistic reflection and consideration. Seen from the vantage point of the artist, the comic is but another aspect of artistic knowledge. 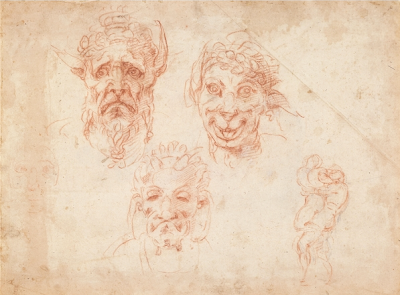