The Perspective of a Comic

The first example of practical perspective comes from Hireonymus Rodler... 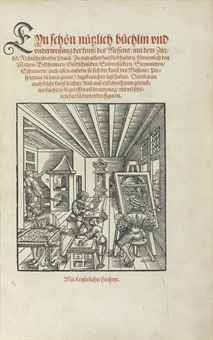 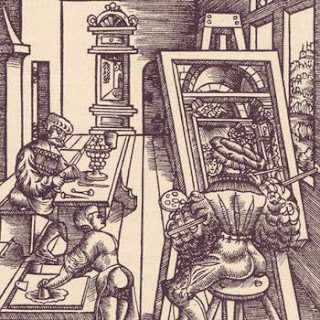 In his preface Rodler explains that he made his adaptation and simplification of the work of Dürer (Unterweysung der Messung, 1525, see lots 26 and 165), for the benefit of painters, sculptors, goldsmiths, embroiderers, masons and carpenters. The woodcut illustration on the title shows some of these craftsmen at work.

It probably also depicts the patron of the press Duke Johann II at work. Johann II. von Simmern (1492-1557) Duke of Simmern installed a private press in his residence which produced a remarkable series of first eight editions including Rüxner's Thurnier-Buch (see lot 308).

Rodler was one of the most celebrated publishers of illustrated books in Germany in the sixteenth century. He was the first to use the "Dürer" Fraktur as a text type. Adams R-652; Berlin Kat. 4682; Bonnemann Rodler 3; Brunet II:913; Fairfax Murray German 367; Muther 1784; Vagnetti EIIb10. Fact and Fantasy 26. 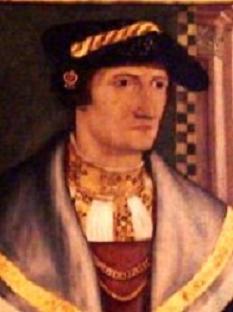 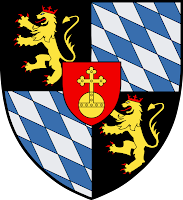 The second piece on "social" perspective recently came up for auction at Christies: this magnificently printed and illustrated German woodcut book, describing tournaments and festivities. 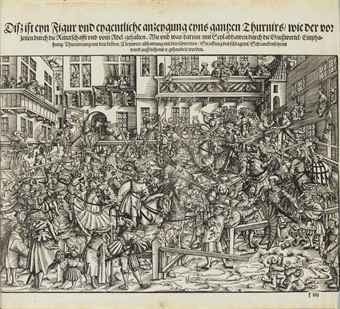 THE FAIRFAX MURRAY COPY OF THE SECOND EDITION, printed by the same printer and using the same cuts as the 1530 first edition.

The woodcuts are by "HH" who illustrated another work for Rodler in 1531 generally attributed to the Master H.H., who was identified by Bonnemann as Hans von Hunsrück, i.e. Johann II von Simmern, the Duke of Simmern who financed the publication of Rüxner's book at his private press.

The folding plate between folios 33 and 34 depicts the first tournament where several knights jousted in lists.