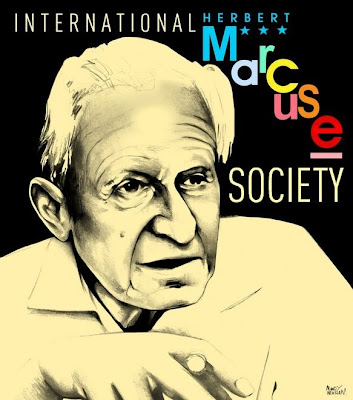 
Herbert Marcuse, the German philosopher, sociologist and political theorist long-since associated with the 1960s counterculture, is reputed to have coined the phrase 'Make Love, Not War'.

The slogan 'Make Love, Not War' originated in 1965 during the midst of Vietnam War protest rallies and remains a popular and well-known anti-war phrase today. First printed on buttons, it has been reproduced on all forms of memorabilia.

Marcuse referred to High Art as "affirmative culture" and by this he meant that High Art affirmed the values of the ruling and powerful within society. It did this by defining a vision of perfection, beauty or belief, which the masses could strive for but which they could not attain. 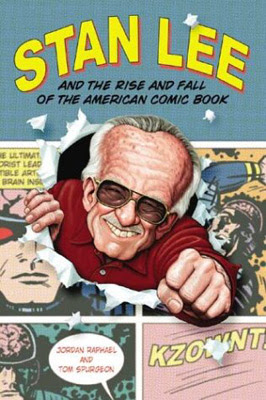 In the world of popular culture, no one voice is as prominent as that of  "The Maestro of Mighty Marvel" - Mr. Stan Lee - the world renowned comic expert whose Spider-man became the "most successful of all syndicated adventure strips, appearing worldwide in more than 500 newspapers."

Today, High Comic Art is fetching High Art prices at auction houses around the world. This Amazing Spider-Man sold for $268,875 last Thursday at Heritage Auctions. The sale comes after a record-breaking year for original comic art.

The cover for Amazing Spider-Man No. 328 illustrated by Todd McFarlane sold for $675,250 in July 2012, the most expensive price ever paid for original American Comic Art.

If that's not enough to catch your attention: the comic book cover for Tintin in America sold for a whopping $1.6 million at an auction house in France on the 2nd of June 2012, setting a world record in the sale of high comic art. (Source: Live Trading News)

Clearly, there is a demand for high comic art. 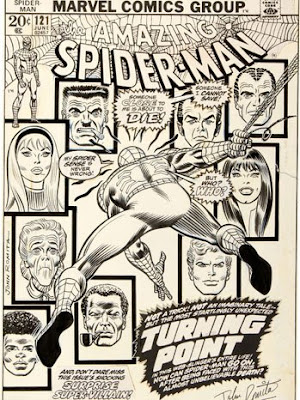 The original cover drawing to the iconic story featuring the death of girlfriend Gwen Stacy in a fight with Green Goblin.

You get major points for having comic icon Stan Lee (met him a few times ... had to do the obligatory name drop) and Spiderman (met him too...but it escalated into a sticky situation hardy har har) anddddd TinTin but only because I just mentioned it on your selfie(bizarre) ... in one post. Mcfarlane did a great job embellishing on Spidey’s moves and his cover for Spider-Man #1 is among my all time favourites.

That is all :D