The Art of Following Your Dreams, Part 2

Continued from The Art of Following Your Dreams, Part 1 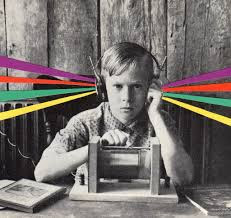 From an existential point of view, following your dreams is an attempt to probe the nature of human existence, with all of its absurdities and futilities, while at the same time believing in the infinite capacity of human beings to define themselves and "own" their lives.

The philosophy of following your dreams resembles those perspectives held by the existentialists who advocated for pursuing greater freedom of choice for individuals with respect to their life choices.

We hold these truths to be self-evident, that all men are created equal, that they are endowed by their Creator with certain unalienable Rights, that among these are Life, Liberty and the pursuit of Happiness.
~Thomas Jefferson, United States Declaration of Independence, 1776 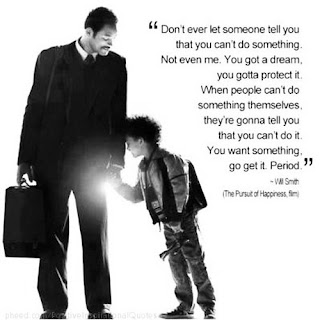 The freedom to pursue one's own happiness makes decision-making democratic. This is a fundamental principle of following one's own dreams. The difference between what people often times interpret as the freedom to follow their dreams is often times confused with following the path our system presents as the only path to happiness (study like a maniac, get good grades, test well, apply to the colleges or universities that will accept your resume, get accepted, follow a rigid academic program, graduate, apply for work wherever you can find it, work hard, vacation 2-4 weeks of the year, buy a home, pay taxes, take your kids to Little League, join the PTA, become an active citizen, vote, retire, take up a hobby, try not to become a burden for your children, accept that your time is over, die gracefully) ~ these paths are not always synergistic.

When the traditional path is in conflict with one's inner happiness, this is no longer a free path, it is a template path one has the freedom to follow, a predesigned path that people freely choose because they buy into the belief society reinforces in which one given path is the best path for everyone.

When schools teach the same subjects to a diverse population, they are exhibiting a belief that certain subjects are worthy of investigation while others are not. Given the inadequacy of the educational environment to meet the needs of all its populace, it is understandable that many will not embrace or choose to follow. Rather than offering alternative choices, the current educational system punishes its student body by limiting their opportunities.

When individuals choose to follow their own paths, the choice should be embraced and recognized as part of that inherent principle we claim as our right to pursue our own happiness. Unfortunately, this is not the case.

Instead, differing choices are met with ridicule and discrimination. Parents behave fearfully because they have bought into a belief purported by a government that there is only one path that leads to independence.

This is not raising a child to think, this is raising a child to react with fear for exhibiting individuality. This mindset results in low self-esteem and the belief that one is not worthy or "good enough" because one is different.

For any government to lay out a path for its citizenry and claim that it is the highest good is for that same government to proclaim that there is only one good and that they, not their citizens, know what it is.

Following your dreams does away with the framework of government and society. This is not to say that attending school, or participating in community activities or structured society is a bad thing. On the contrary, it can be a good thing if it is done freely.

In principle, those who follow their dreams can choose which experiences speak to them from many sources no matter the format. These individuals then come away with a set of skills and knowledge tailored to their interests, as opposed to some standard set of skills and knowledge that may or may not interest them but that is considered by the government and society as the highest good, the respectable life path, and the only admirable choice.

Choosing from a myriad of opportunities in a way that is personally gratifying and fulfilling puts the freedom of choice back into the hands of the person making the decision.

Choose wisely... your life depends on it.