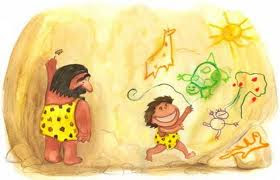 Great ideas do not always stem from the _____ology/ics of something, sometimes they come from the back of a napkin, a sick utilized as a stylus for drawing in the sand, or pigment pressed on the palm of a hand and then slapped onto the wall of a cave.

If you're a visual thinker, like me, then visual explanations are important to understand and remember information quickly and efficiently. 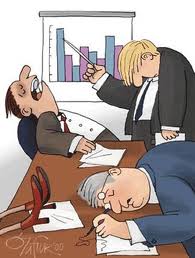 Take for example, a shareholders meeting, perhaps one of the most painful meetings in the history of meetings, ranking 2nd only to the meeting about how to hold effective meetings.

Sifting through volumes of data, reports, projections, and simulations can cause the most interested shareholder to revert to the fetal position, thinking about nothing other than what they'd "rather" be doing.

With the help of visual aids, however, even the worst projections become interesting visual metaphors worthy of extended contemplation, and if you're lucky, riddles worthy of solving. 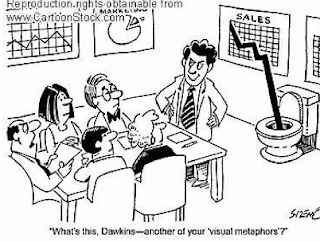 Presenting information Zenfully humorous is an art as well as a technique. The visual aid chosen is not intended to provide a complete overview of a concept, but rather a poignant concept that, when conveyed through imagery, helps viewers grasp the essential points of a subject in a short period of time. 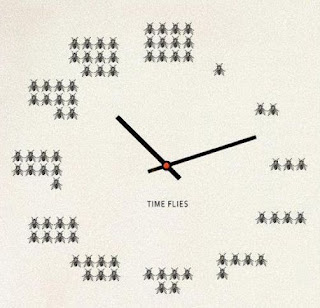 Images should be honed to the immediate task for the best reaction. They should also overload or exaggerate the main concept.
Documented since antiquity, caricatures are one of the oldest forms of pictorial humor. Humor combined with visual art is found in Ancient Egyptian, Roman and Greek iconography (Wright 1875). 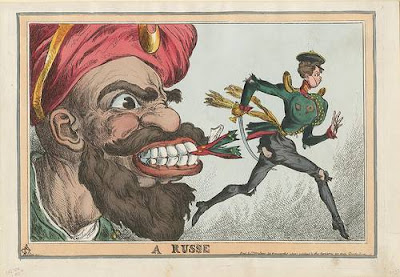 Hogarth, and after him Rowlandson and Gillray, were famous British caricaturists of the 18th century, while the French dominated the genre in the 19th century with Gavarni, Daumier and Doré. By the end of the 19th century, German "cartoonists" such as Wilhelm Busch, Heinrich Zille, Thomas Theodor Heine, Rudolf Wilke, and Olaf Gulbransson emerged.

James Swinnerton - "The little Bears and Tigers" (1892)
What all these comics have in common is their well-crafted visual representation of humor - the methods rather than the process. The drawings direct our eyes to what's out there, tells us what we're seeing, and either shows us something we've seen before or conversely, never seen before.  Basically, the artist draws something which begs the viewer, "When you look at this, do you see what I see?" 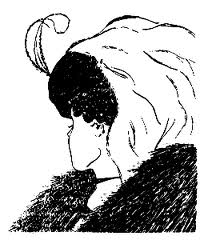 Asking and answering these questions visually brings to mind Dan Roam's six basic visual frameworks from which he states all other possible representations are derived, including the portrait. 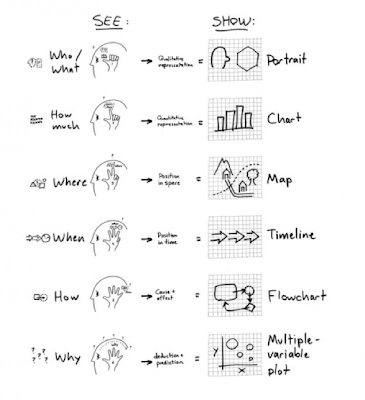 Dan Roam's The Back of the Napkin Workshop on Slideshare
Essentially, visual humor has to match answers to questions, be it financial, social, political, or gender oriented, and if you can squeeze in two meanings simultaneously, as with a visual pun, you've activated two scripts at the same time that often evokes incongruous concepts. 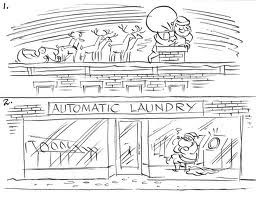 According to Christian F. Hempelmann and Andrea C. Sampson on Visual Humor (p. 615-616):
"Visual puns are difficult to transpose into the verbal domain."

"A visual symbol for the concept of knife" ... "Must always resemble that which it stands for, as this resemblance is how the concept is evoked. Such a symbol could not, for example, be round like a circle, but must be elongated and pointed, regardless ofhow much it is abstracted or may rely on content in a picture, such as a symbol for an object that is cut with the knife or a symbol for a hand that holds it." 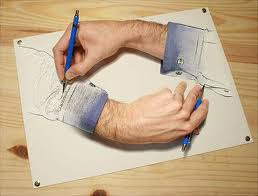 Visual humor lies in the hands of those who are playful with their visualizations - relating these concepts central to humor, depicting, expressing, and reflecting highly complex emotional states or intellectual concepts in a work that requires little or no subtext.
Posted by Soph Laugh at 7:21 AM