There was a young lady named Bright
Whose speed was much faster than light.
She set out one day, in a relative way,
And returned on the previous night.
-Anonymous
The nature of time was one of the central founding topics of early philosophical thought; dominating scholarly debate for centuries. 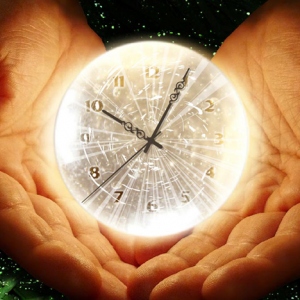 Einstein, in 1905, plucked time from philosophy and placed it near the heart of physics, transforming time from a conceptual given into a physical thing, subject to laws and equations.
So, from whence does this 1928, captured on film, time traveler come?
Hmmmm.... 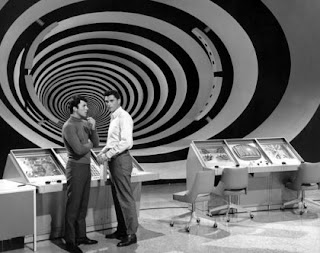 In the late 1890s, Guglielmo Marconi, known as the father of long distance radio transmission, was working on developing a practical radio transmitting and receiving system.
However, the ability to place and receive telephone calls from automobiles, wasn't available until 1946. 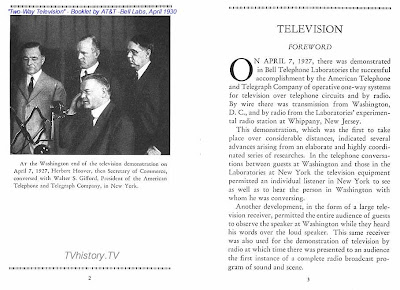 By 1930, telephone customers could be connected by radio to a passenger on an ocean liner in the Atlantic for a meager $7 per minute, the equivalent of $92.50/minute today. 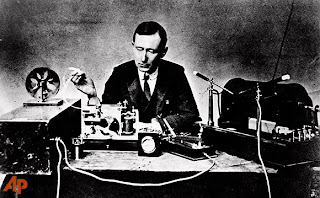 "Sherman is sighted," the message said, referring to the troopship Sherman, which was returning a San Francisco regiment from the battlefields of the Spanish-American War. 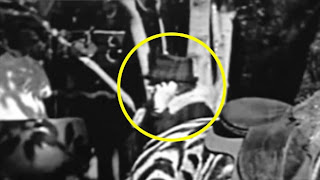 The person passing by in the film with what appears to be a handheld mobile, is leisurely walking along, an indication that they are not paying a hundred bucks a minute to chat. 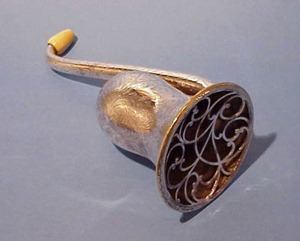 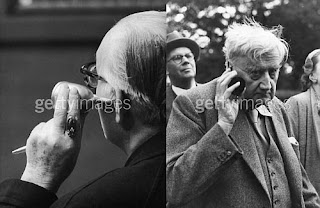 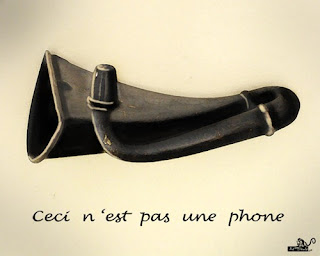 David Carr
Posted by Soph Laugh at 5:35 AM