The Future of Art


Technology has allowed us to resolve the severe dictations of paper that limit the design potential of our imagination. With a few clicks of a mouse, today's computer programs have the capacity of presenting nearly an infinite number of examples of what the materials at hand are capable of becoming.

Today, we are no longer limited to the vision and skill held in the mind of a single designer. With the advent of computers, we achieve more variation and fluidity in our designs. But how will these advancements affect the future of individual artistic contribution? Will the 21st century see an end to art as we've come to know it? Will the loss of artistic human expression parallel humanity's simultaneous quest to streamline (with true low-drag coefficient forms) the world and our existence in it? 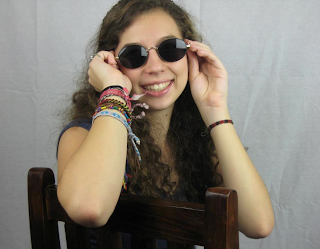 A couple days ago my daughter asked me if drawing and painting on paper or canvas would someday become obsolete. I paused for a moment as I considered the implications of her question. With expectant eyes she looked to me for an answer. The day she asked me whether or not Santa was real flashed through my mind's eye. 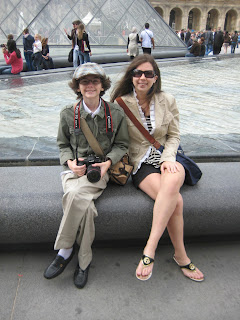 My children have a veneration for human creativity and personal integrity. They have had passports and been traveling internationally since they were infants; visiting over 25 countries in the past five years alone. To state that they have an appreciation for our common global heritage is a blatant understatement.

Take for example the artistic composition I myself drew (below) whereby I imagined what type of logo Escher might have designed had he been contracted to do so by The Coca-Cola Company. Sure, it's been edited and cleaned up a bit in Photoshop, but I drew the original image by hand. If you look closely, you can even see where I pressed down too hard with my ink pen, smudging the otherwise clean-looking lines. Admittedly, it's not flawless. 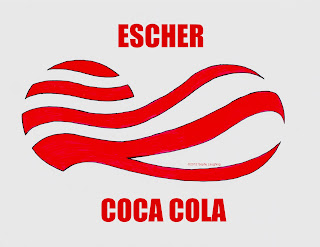 But I'd like to think that it has an element of personality, integrity, and character, even. Despite whether or not artificial intelligence could merge Escher's style with a Coca-Cola logo and come up with the same or a better looking design is not the question. The question is would a computer think to merge Escher's unique drawing style with a Coca-Cola logo? Will artificial intelligence have the capacity to wonder about stuff.

Wondering about stuff is one of the main behavioral aspects we associate with being human.

I can't help but wonder about the challenges we might encounter in the not-too-distant future when we attempt to transfer our consciousness into a nanoengineered being or device. Of course, none of us can know for certain.

Even if we don't transfer our consciousness outside of our present biological mechanism, even if we simply continue to enhance and upgrade ourselves to the point that we become more machine than human, the ability to preserve what we consider to be our "humanness" will be what's at risk if we don't plan for our ultimate self-annihilation.

Even if we can someday find our own source code, will we not wonder who created it? Will there ever come a day when future humans cease to wonder because they don't need to? Who needs to concern themselves with philosophical questioning when you know you can live as long as you want?

If there's anyone else out there wondering whether or not to continue drawing (or artistically expressing themselves) without the advent of a computer or a technological device, I'd have to say that I think the future of humanity may just depend on your doing so.

A drawing my daughter did by hand 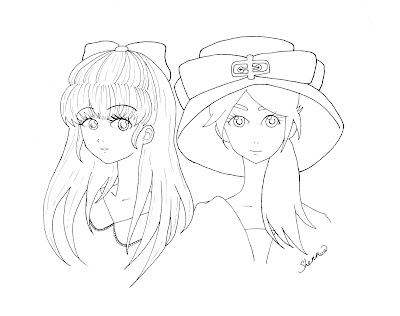