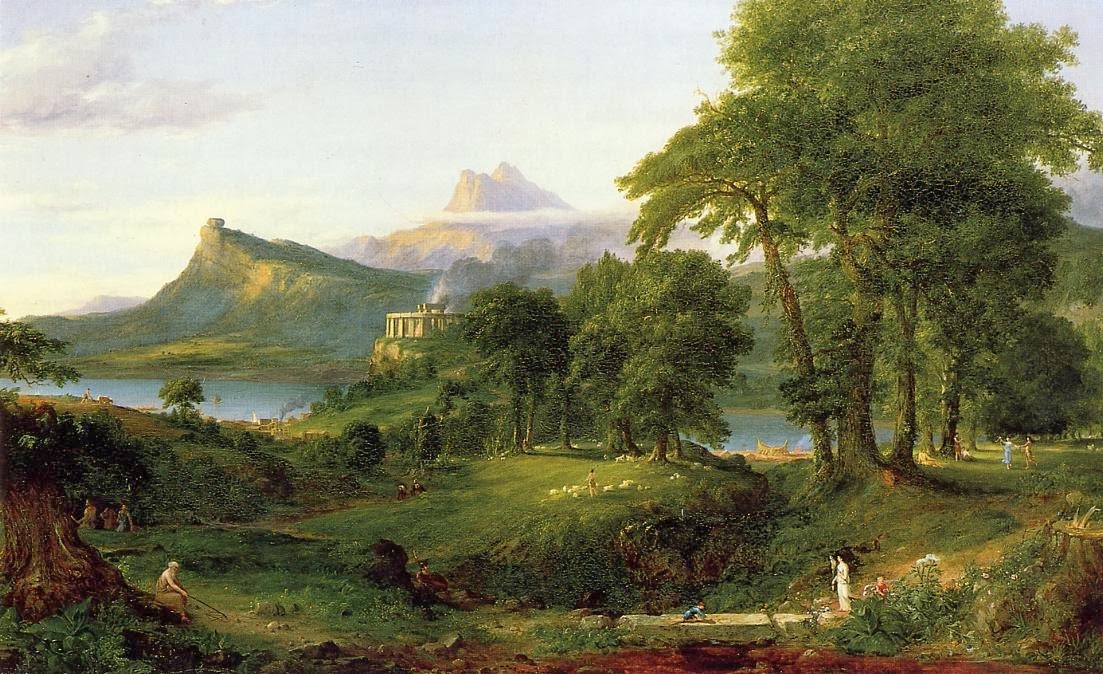 Even in the Edenic garden of Arcadia death exists: "Oh, phooey to Death!" exclaims Thomasina.

The reference takes the garden as a symbol of timelessness and happiness into stark contrast.

In Giovani Guercino's painting, a large skull, personifying Death, rests on a pedestal on which is carved the inscription "Et in Arcadia Ego."

The skull symbolizes the message: death comes even to people who are happy and carefree and who live in the midst of plenty. 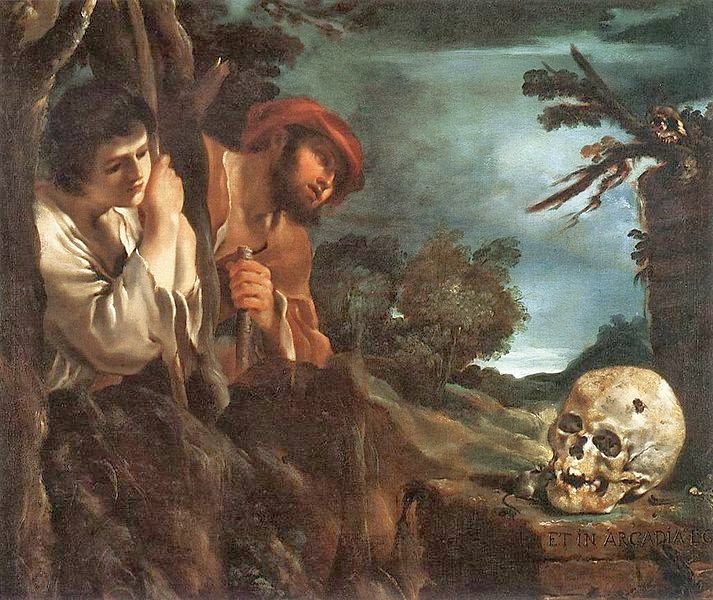 Nicolas Poussin painted two "Et in Arcadia Ego" works. In the second work (below), a small skull resting on top preserves the allegorical dimension, as does the presence of the river god who is presumably pouring out the plenty which had previously made Arcadia a utopia. 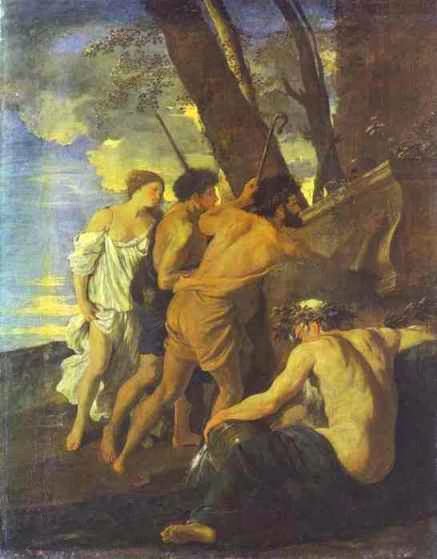 Here the pedestal has been replaced by a sarcophagus on which the words have been inscribed: "I, who am now dead, was once, like you, alive and happy" (Et in Arcadia Ego). 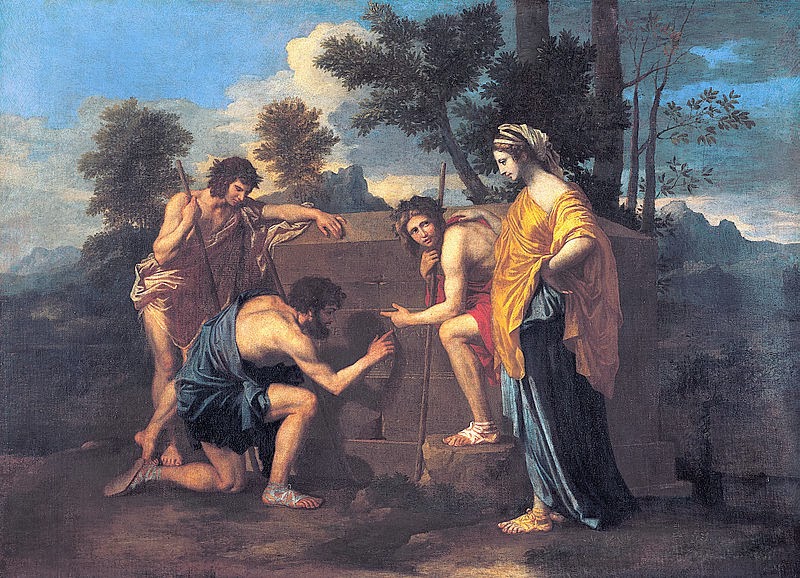 Empirical reasoning, as it appears in Stoppard's play, has primacy over intuition and imagination, the themes upon which Classicism were based.

Hannah's book demonstrates how the changing taste in gardens revealed the essence of each historical era, especially the transformation of the Age of Reason into the Romantic era. "The history of the garden says it all, beautifully," she claims. The garden was transformed in stages from around 1730, when the garden showed "Paradise in the age of reason," to its Gothic condition after 1810. For Hannah, the change represents "the decline from thinking to feeling."

While Thomasina discovers a scientific theory that was only known the scientists hundreds of years later, and may have even solved Fermat's last theorem, she dies in a fire on the eve of her seventeenth birthday. It is her death that proves to be the real death in Arcadia.

Move the setting of Stoppard's play
one hundred years into the future:
The year 2114. 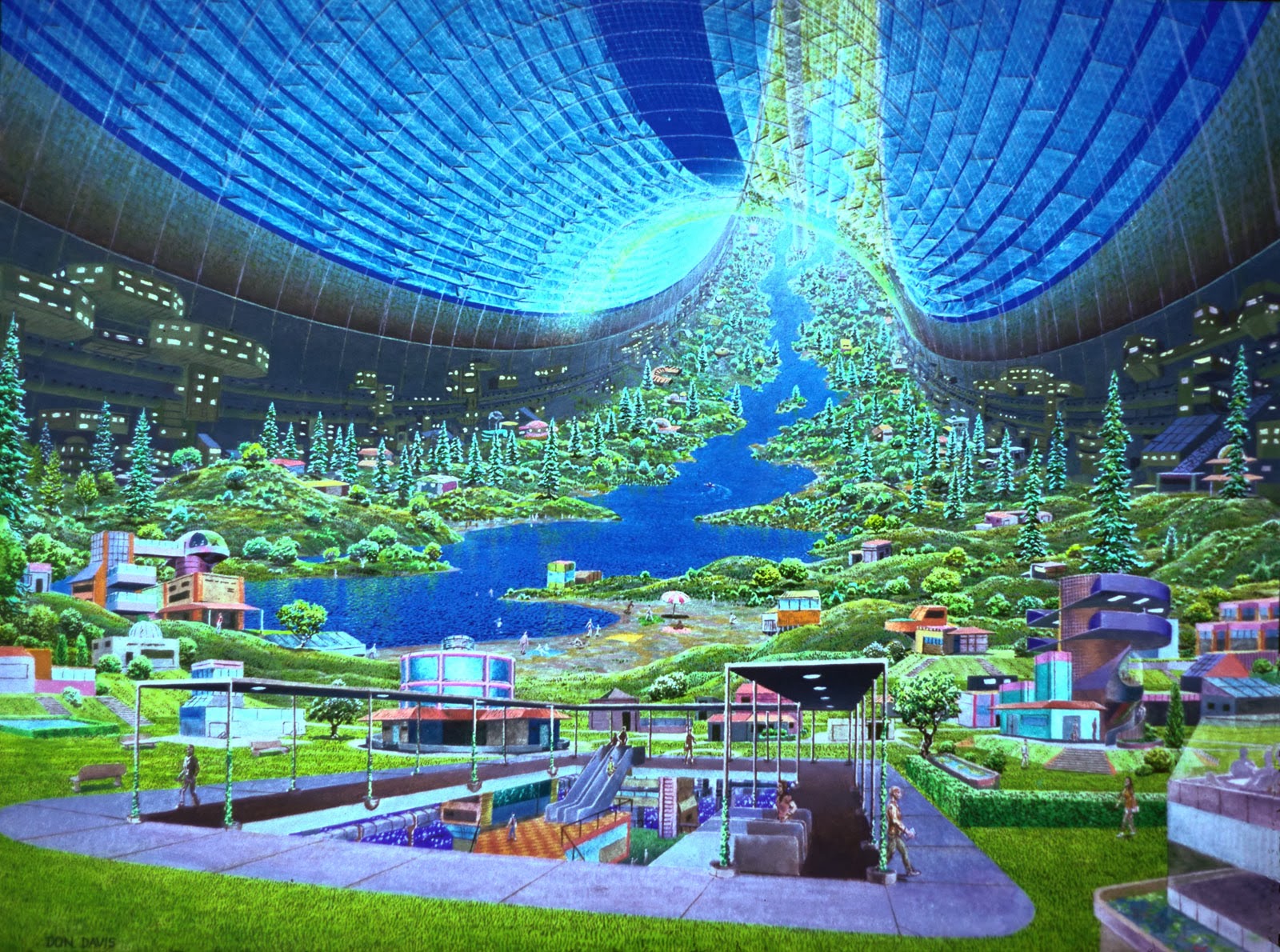 Thomasina, having undergone biomaterial restructuring, has changed her name to Horta and is now immortal. No longer dependent on her environment, no longer slave to her biological mechanism, no longer bound by the paradigm of human existence, Horta's tastes change. She transitions from the notion of chaos found in the Romantic era back to the Netwonian notion of rational, balanced and harmonious existence. The aesthetic of irregularity and irrationality bow, renouncing their previously conceived logical superiority to that of intuition and imagination. 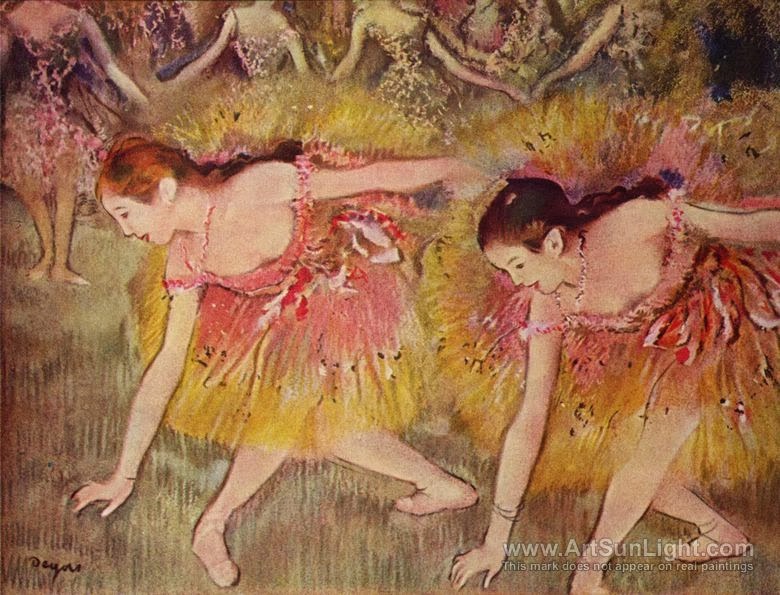 
Placing Stoppard's play into the future, we can easily see the redesign of Et in Arcadia Ego to one that more closely matches what Thomasina originally implied was incorrectly translated by her mother, namely that "Et in Arcadia Ego" means:


"Here I am in Arcadia"
(and there she will remain)

Brining new meaning to the proclamation: