Know Thy Other Senses 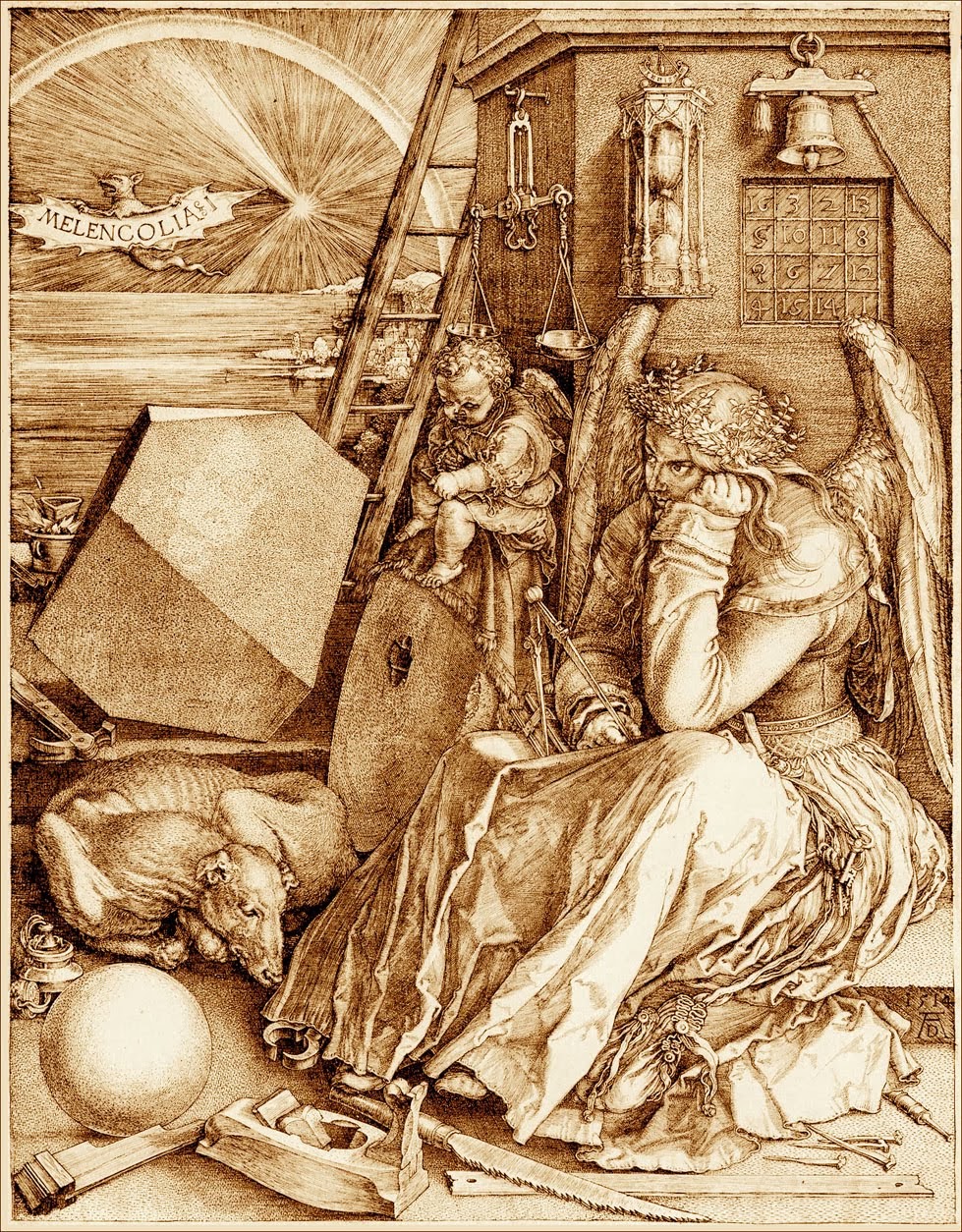 Contrasting with the scientific spirit, which evokes reason, we encounter a place of simple, natural bucolic beauty. In a dream, Acante finds himself in a lovely garden at dawn, depicted in brilliant colors. There he discovers his lady-love, Aminte, asleep on a carpet of violets in a relaxed pose, with her clothes in suggestive disarray, the breeze having partly unveiled her bosom. Acante's eroticism is the sentiment of the scene; sensual love and natural beauty united. The contemplation of the charms of the sleeping beauty bring up passionate emotions. 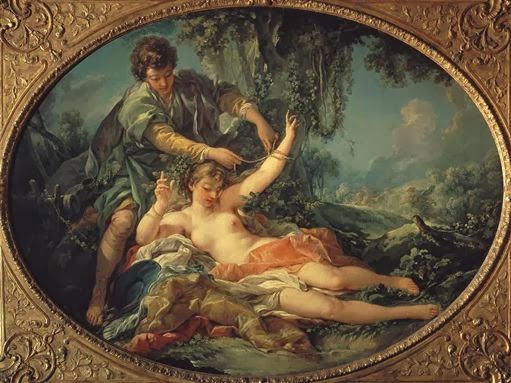 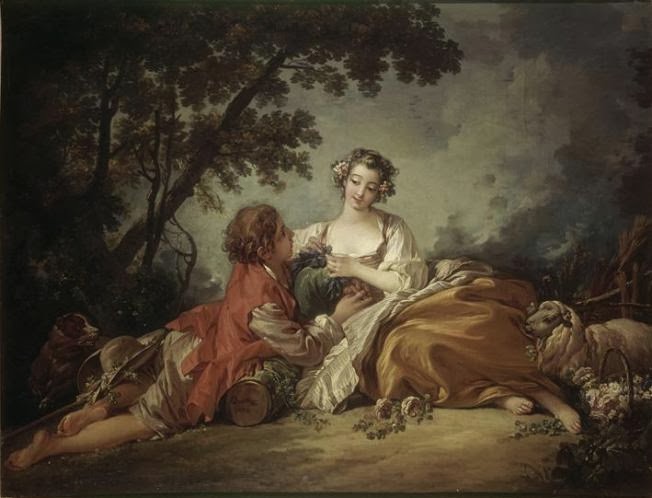 
The sense of sight and its power on the emotions has long-since been recognized as une force formidable. The desire to have another sense participate in this delight arises:

The sense that is evoked in these encounters is delicate and formidable, transforming the perceiver into an allegorical version of their prior self. The metamorphosis that takes place reflects an individual's more aesthetic view, celebrated in the charms of La Fontaine's fables.

Sylvie is depicted as an intellectually curious person who wants to test the validity of an old legend, that of the dying swan said to sing his most beautiful song before he dies. Sylvie-Madame Fouquet has sent for the famous musician Lambert. With her guests, she is going to compare the song of the dying swan to the musician's. The swan's song is judged inferior to Lambert's, thus showing that art improves on nature, a consonant view of the aesthetics of classicism, which, according to Malherbe, "Aux miracles de l'Art fait céder la Nature." 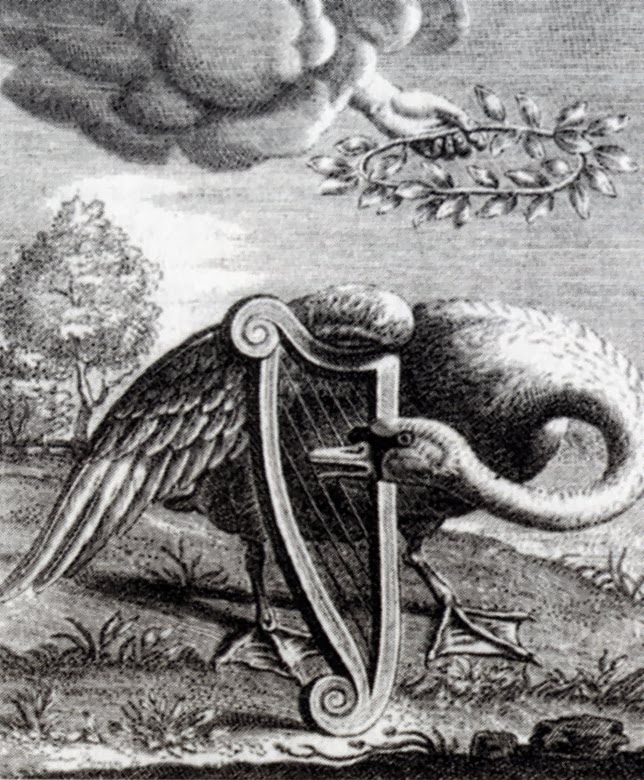 This episode shows the admiration of the poet for the gracious hostess of Vaux who shares the new scientific sprit of the age and tries her hand at experimentation.

Whether the sensations that arise within us are more formidable than the encounters that evoke them is a matter of personal reflection and experimentation. Whether they are an improvement over an encounter, as is art over nature, is entirely a matter of opinion. 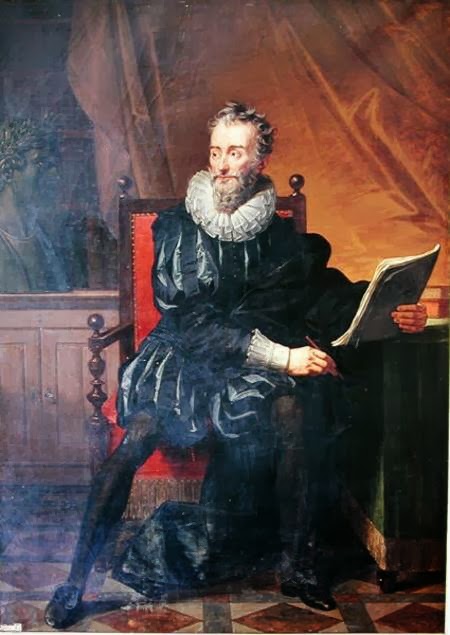 In the spirit of experimentation, we can explore all of our senses by notating, in said scientific spirit, which senses and sensations are evoked following each encounter. After notating the senses and sensibilities that arise from our daily routines, we can begin experimenting methodologically or randomly out of curiosity as to what the outcome might be as a result of any encounter.

Knowing oneself is not merely knowing one's surface or even deepest thoughts. It is knowing our other senses and what specifically evokes them. 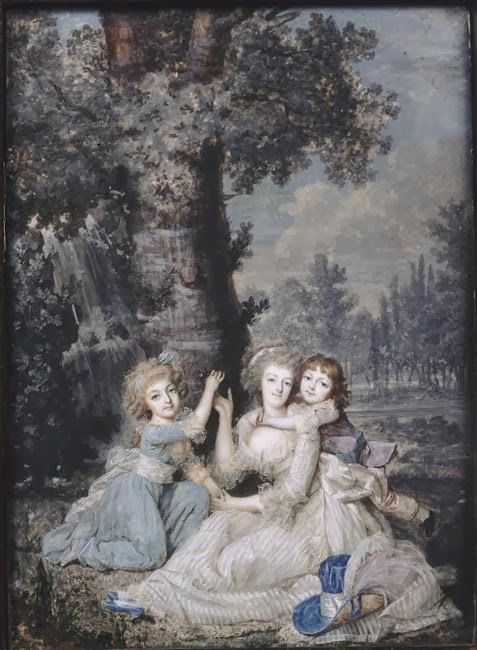 Marie-Antoinette and her children
Engraving of c. 1785
இڿڰۣ

*Just as I had not before thought about the soul possessing an ego, I had not before considered the notion of our 'reactions' being a higher state of perception. Quite the contrary, on both, actually. Before writing this post I considered the sensory reactions as those belonging to a Eurocentric notion of primitiveness ~ the noble savage. Aligned with nature, but like Sylvie's experiment shows, something to be improved upon. Perhaps experimentation in this area will open up new information regarding the potentiality of these primitive reactions in that we might live according to that which we wish to know and feel, while the current focus is on that which we wish to experience or consider. One perspective allows us to be swept away by the moment of an experience while the other gives us insight into what the experience is not. In knowing what an experience is not, we can cognitively enhance our remembrance of feelings or knowings past in order to validate and synthesize them throughout our many experiences in perception. Whether one wishes to explore such notions is entirely a matter of taste and judgment on the potential value to be found.