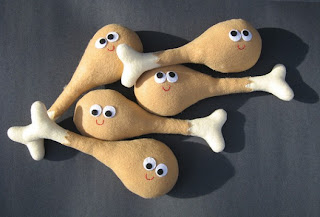 GOBBLER SAYS...
On this Thanksgiving, be grateful you're not a turkey...

I once broke a leg in three places, so I quit going to those places.

Why are snakes hard to fool?
They have no legs to pull.

My Uncle Harlon must be the toughest man in the world. He recently found a crutch - then he broke his leg so he could use it.

The older we get, the closer our legs resemble cows more than calves...

My turkey just applied for disability, it survived mustard gas and pepper spray is now a seasoned veteran.

He ate so much over the holidays that he decided to quit cold turkey.
Why did the turkey cross the road?
It was the chicken's day off.

Why did the police arrest the turkey?
They suspected it of fowl play.

When did the Pilgrims first say "God bless America"?
The first time they heard America sneeze!


What do you call an unhappy cranberry?
A blueberry.


What's blue and covered with feathers?
A turkey holding its breath.


Why did the Pilgrim eat a candle?
He wanted a light snack.


What happened to the Pilgrim who was shot at by an Indian?
He had an arrow escape.


What happen to the prize fighter nicknamed "The Turkey"?
He got the stuffing knocked out of him.


What kind of music did the Pilgrims listen to?
Plymouth Rock.


Why did the Turkey start a band?
He had great drumsticks.


What did the mama turkey say to her naughty son?
If your papa could see you now,
he'd turn over in his gravy!


Beware of April showers
They bring May flowers
And we all know what that means...
PILGRIMS 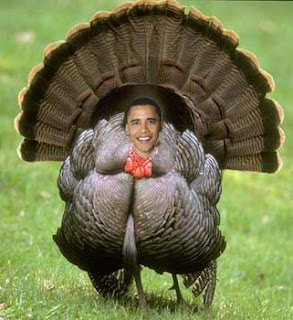 Why do turkeys always go, "gobble, gobble"?
Because they never learned good table manners.
Brought to you by McCormick's
Sweatin Brown Gravy 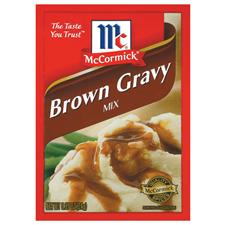 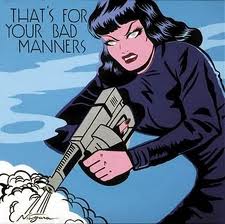 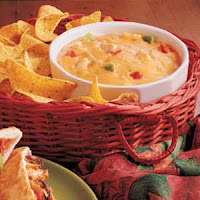 Instructions:
Shove GIANT hunks of Velveeta into the turkey while it cooks.
Serve with tortilla chips.
Fruit Gobbler 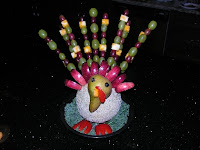 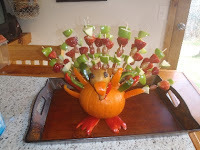 Decorate your turkey, melon, or left-over pumpkin (from Halloween)
with skewers of fruit!
THANKSGIVING PRANKS
When Dad's not looking, go to ON DEMAND and put on an old recorded football game.

Mid-meal turn to your mother and say,
"See Mom, I told you they wouldn't notice,
you were worried for nothing." 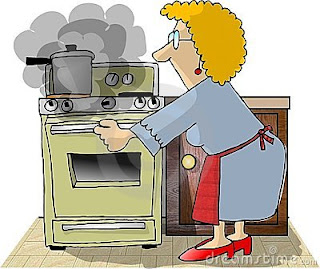 'Twas the Night Of Thanksgiving
'Twas the Night of Thanksgiving, but I couldn't rest
My belly was stuffed, from eating that extra turkey breast.
The leftovers beckoned...the dark meat and the white,
but without hot gravy, it's just cold-cuts in the night.
Tossing and turning with anticipation,
the thought of mother's stuffing became infatuation.
So, I raced to the kitchen, flung open the door
and gazed inside that glorious fridge, full of goodies galore.
I heated up some turkey, took out the potatoes,
grabbed that Tupperware of mom's sourdough apple stuffing, yams and tomatoes.
I felt my belly swelling so plump and so round,
I figured I'd have the kitchen to myself if I didn't make a sound.
I blew it, they heard me and came rushing down
Everyone fussing over my pie; then suddenly, it hit the ground!
But, I managed to save it, and taught them a little bit about old school,
See, when I was growing up, we had a 5-second rule
Nobody wanted the pie on the ground, not even the dog,
So I ate it all, every last bite,
Then turned and bid everyone goodnight!