Happy we
A little opera 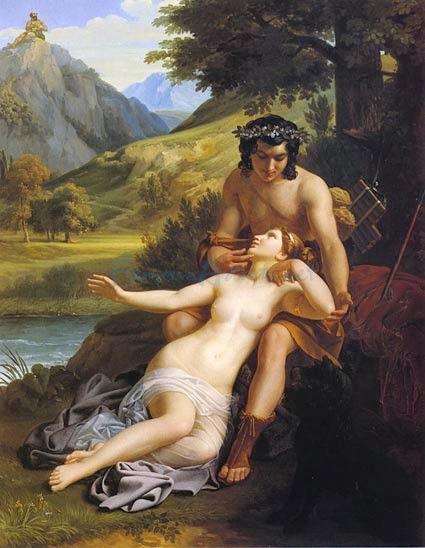 Galatea, a semi-divine nymph, is in love with the shepherd Acis, and tries to hush the birds that ignite her passion for him ("Hush, ye pretty warbling quire!"). Acis's close friend, the shepherd Damon, provides counsel to the lovers as they pursue each other. He sings a beautiful siciliana-style serenade, "Love in her eyes sits playing", upon their first meeting. The act closes with a duet by the young lovers, "Happy we", which is echoed by a chorus. 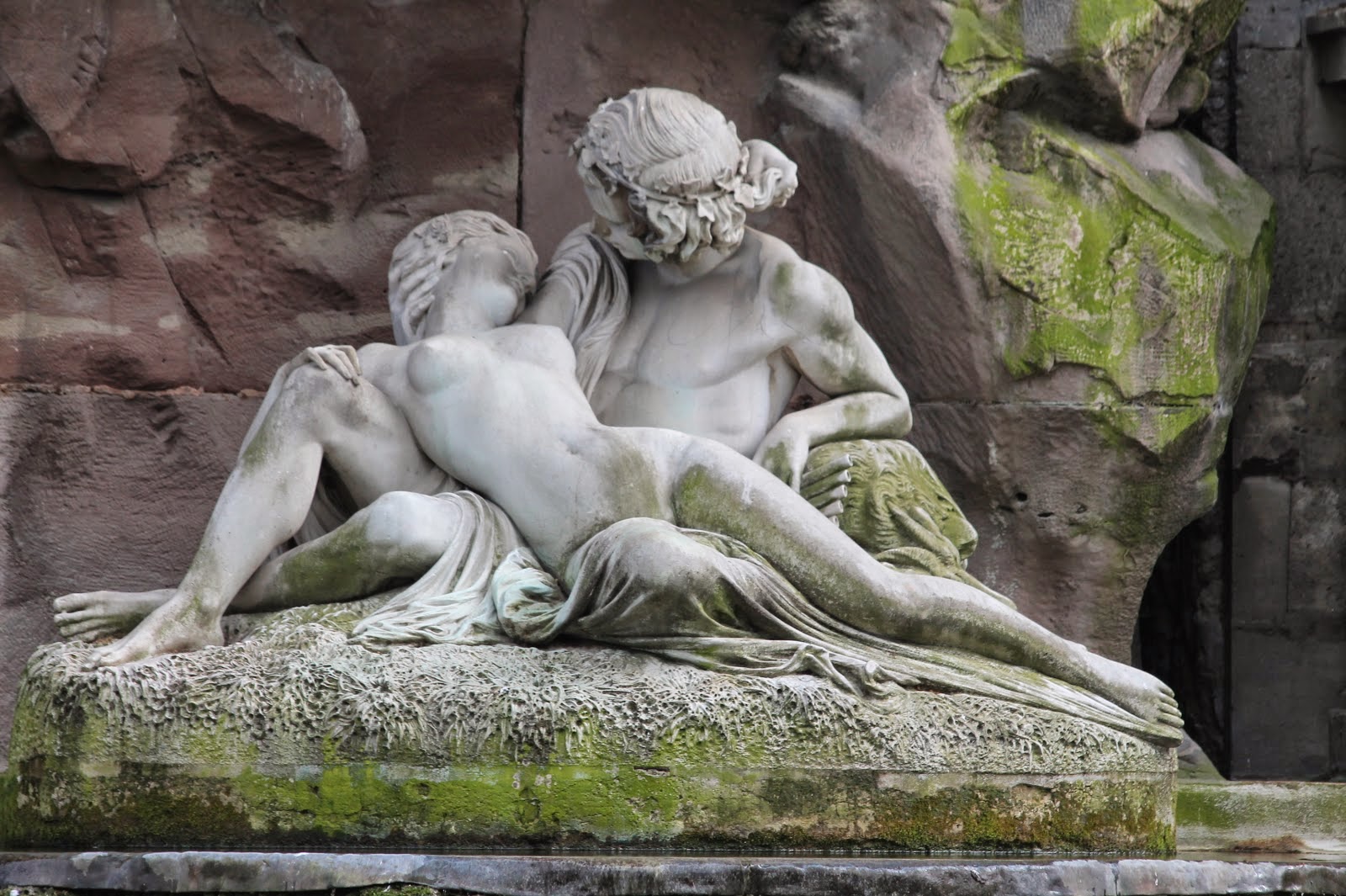 In this wonderful myth...

Long ago in Sicily... Galatea was a sea nymph, a Nereid, who lived by the island inhabited by the Cyclops Polyphemus, son of Poseidon, who was deeply in love with Galatea. However Galatea liked the young shepherd Acis, son of Pan. Galatea and Acis used to mock Polyphemus's songs of love for Galatea. Polyphemus caught them sleeping on a grassy hill, and killed Acis by crushing him under a huge rock. Acis's blood formed a stream beneath the rock. Galatea turned it into a river and named it after him.

The story of Acis and Galatea was told by Ovid in Book III of his Metamorphoses, and it is also the subject of a 1732 opera by Georg Friedrich Händel; here are excerpts from the Libretto, by John Gay:

Chorus:
Wretched lovers!
Fate has past this sad decree:
No joy shall last. Quit your dream!
Behold the monster Polypheme!
See what ample strides he takes!
The mountain nods, the forest shakes;
The waves run frighten'd to the shores:
Hark, how the thund'ring giant roars!
Acis:
His hideous love provokes my rage:
Weak as I am, I must engage!
Inspir'd with thy victorious charms,
The god of love will lend his arms.
Acis (later):
Help, Galatea! help, ye parent gods!
And take me dying to your deep abodes.
Chorus:
Mourn, all ye muses! weep, all ye swains!
Tune, tune your reeds to doleful strains!
Groans, cries and howlings fill the neighb'ring shore:
Ah, ah, the gentle Acis is no more!
But don't despair. Ovid goes on to tell us:
The stone was cleft, and through the yawning chink
New reeds arose, on the new river's brink.
The rock, from out its hollow womb, disclos'd
A sound like water in its course oppos'd,
When (wond'rous to behold), full in the flood,
Up starts a youth, and navel high he stood.
Horns from his temples rise; and either horn
Thick wreaths of reeds (his native growth) adorn.
Were not his stature taller than before,
His bulk augmented, and his beauty more,
His colour blue; for Acis he might pass:
And Acis chang'd into a stream he was,
But mine no more; he rowls along the plains
With rapid motion, and his name retains. 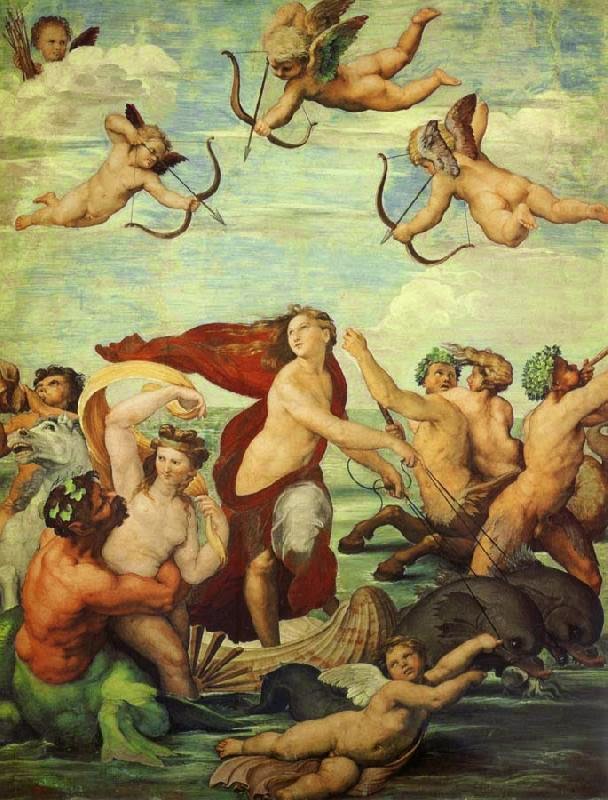 In Raphael's scene of the nymph's apotheosis (Stanze, I, 118-119), Galatea appears surrounded by other sea creatures. A Triton abducts a sea nymph; behind them, another Triton uses a shell as a trumpet. Galatea rides a shell-chariot drawn by two dolphins.

The mythology of Acis and Galatea moves audiences with the struggle between creature and divine. The matter is a vexed one. On one hand, it is the eternal love story between destined souls to become one. On the other hand, it is the agon of losing one's love to supernatural forces. The greatest achievement of this myth is that it continues to inspire lovers with the splendor of love rather than the defeat of loss.

We swoon over Galatea's love for Acis and agonize over the somber eloquence of Acis' fate. The genius of this myth rivals that of Lucretius and the elegiac lyricism of Vergil. Its standards are neither spiritual nor aesthetic. Galatea is the heroine of the now endangered art of loving. Any lifelong reader of mythology can read into the myth the universal sentiment of love lost but metamorphosed into a golden age of rebirth. We are genuinely moved by Galatea's heroic pathos as she transforms her beloved Acis into a beautiful flowing river, suggestive of the flow of physical pleasure.

Beautifully implicit in this little opera is the almost invisible transition of physical to eternal love. Love is a power stronger than the lovers and in their greatest moment of weakness, overcomes Polyphemus' power by evoking eternity - an eternally flowing river.

We cannot say precisely how long time's nature will last, but we can say, with respect to duration, that love is eternal, and recall it whenever we are possessed to do so. 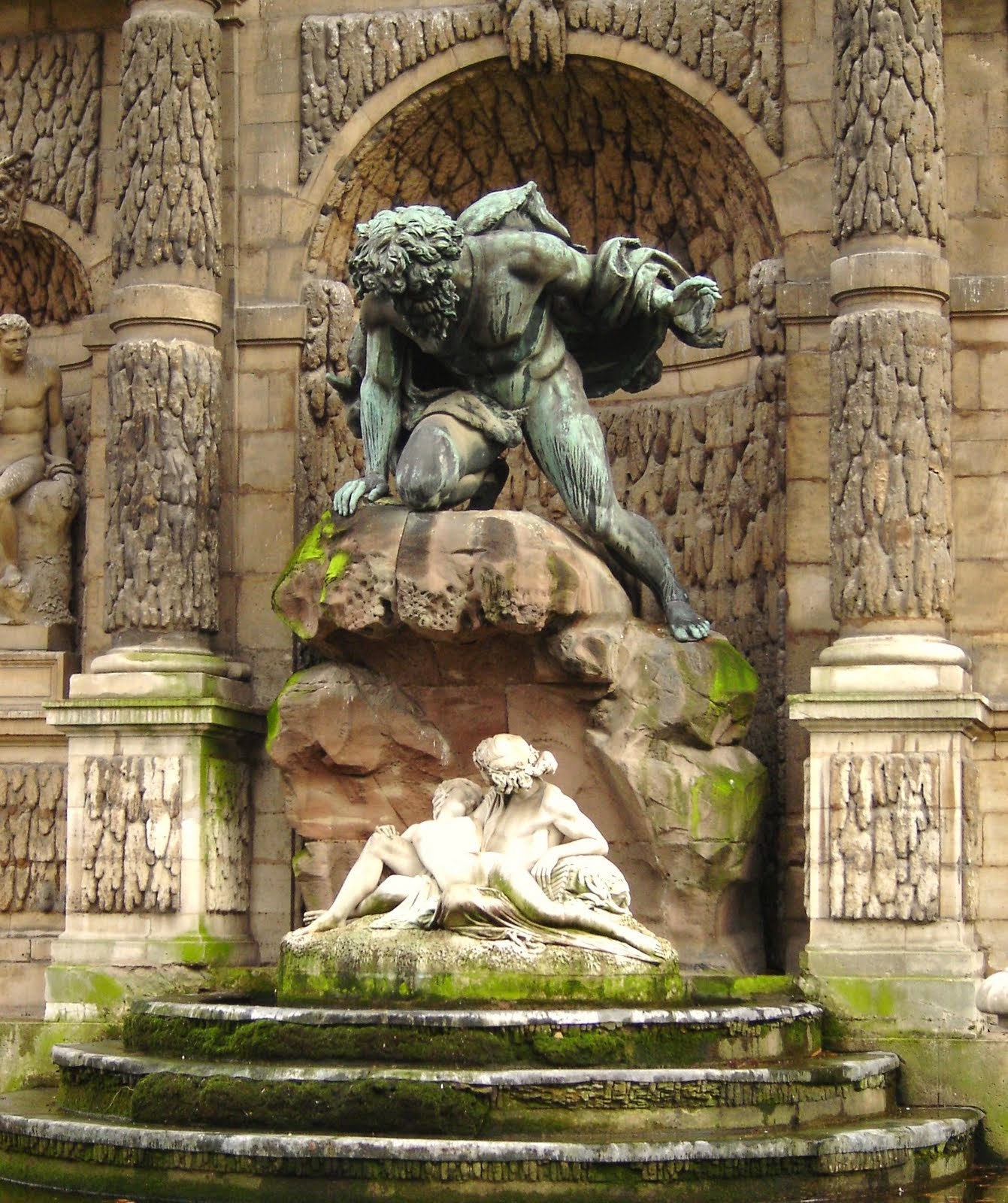 Alas, now you sleep
So sleep misses me
My mind dives in deep
With you I am free

Our lips slowly touch
Your eyes, fire dance
Revealing so much
In our magical trance