Fingers, an Organ of the Mind 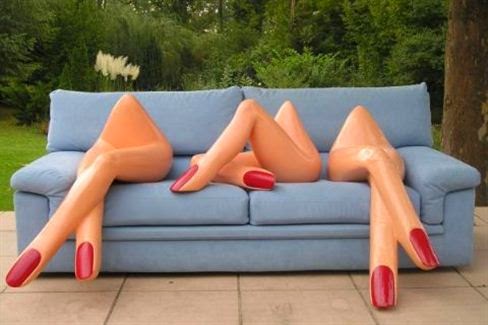 Cartesian-inspired dualism directs our attention to the head when searching for mental activity, but the fingers challenge this dichotomy, offering tantalizing possibilities that can only be found by following the fingers.

The world takes form as we graze, tap, and wander with our fingers. We see an object and instantly we imagine what it would be like to touch it.

Hands are the sine qua non for the manufacture of artifacts, but fingertips pull tactile images into our conscious mind, tickling us in the process. A fetchingly curled finger may say "come hither," whereas a other gestures can communicate a broad range of other expressions.

Everyone touches differently ... all hands are unique because fingerprints differ from person to person. 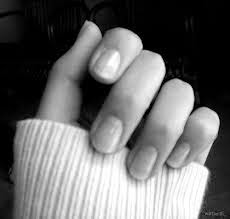 The things we touch leave traceable memories in our fingers, sensory engagement that connects our thinking and engages our imaginations in retrospect (memory) or in anticipation (imagination). Some sensations may not be fully preconceived of in thought, but neither are sensory precognitions without merit.

Thoughts direct the fingers but the fingers determine the will toward the organ of the sense. Exploratory in nature, fingers seem to consciously choose and initiate movement. In extraordinary and meticulous detail, fingers communicate back the relation between shape and thought, between recognition and "second nature."


I can feel the twinkle in the eye of his handshake.
~Helen Keller

Researchers McGlone and Reilly 2010; Morison, Löken, and Olausson 2010, argue for the inclusion of pleasant touch (in addition to tactile, painful, thermal, and pruritic / itch) as a fifth modality in the cutaneous system, which relays information to the central nervous system. The empirical motivation for this claim comes from the identification of receptors, which respond preferentially to low-force, slow moving stimulation.

The areas linked to the sensory and emotional processing of touch (pain, and other cutaneous sensations) are the posterior ventral medial and medial dorsal nuclei of the thalamus as well as the dorsal posterior insula and the anterior cingulate (Craig 2009).

Touching other people influences the perception of touch on one's self, suggesting that, rather than merely involving the same brain areas, observation and perception of touch also involve shared cognitive representations (Singer and Lamm 2009; Serino and Haggard 2010).

Fingers and their hands are wondrous tools with astonishing versatility ... eclipsing other sensory organs in terms of the sheer magnitude of information they relay back to the head.

When we rub our hands and fingers together, we are essentially both the perceiver and the perceived. This duality of perceiver and perceived facilitates a sense in the body as being both that through which we experience the world as well as the experience of being perceived by others. Husserl said that touch is the only sense that facilitates perception of what does the perceiving. In other words, eyes do not appear to one's own vision, but the perceiver-perceived intimacy known only to our hands and fingers is a unique experience of self-touch. Touching oneself is a sort of self-reflection, a unidirectional relationship of the one who perceives to and well as the one who is being perceived.

We think with our hands - and some of us talk with our hands. Together with our fingers, they have a direct link to our thoughts. Whether or not bodily gestures are among the material vehicles that realize cognitive processes is a matter of debate, but it is ever true that together they make a coupled system of neural activity in which fingers aid us in the realization of a thought.

However we perceive tactile experiences, they offer a distinctively rich adaptiveness and flexibility of intelligent thought and behavior. Sensations occur in our fingertips, but the phenomenon is realized in both the brain as well as the non-neural body.

The case for embedded cognition has been made by many scholars. I suppose the burden of proof lies in how profoundly the ideas we touch / touch us.