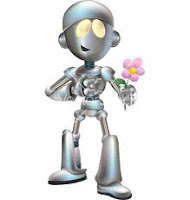 Are robots subject to the allure of love?

Perhaps part of the answer to this possibility lies in motivational internalism. Motivational internalism is the idea that behavior is motivated by one's evaluations, not one's situations. In this view, internal attitudes - or in the case of a robot; programming - motivates people to behave as they do. Robots and computers perform based on their internal programming, so the possibility of a computer or robot "falling in love" seems plausible. 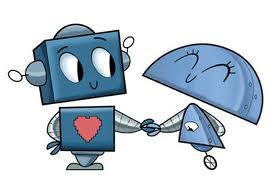 Like humans, robots and computers experience conflicts or glitches when programming differs from situations. Much like how humans behave when they fall in love, artificial intelligence, by nature of its design, has pathways similar to our neural ones that strengthen activities or sensations, making it easier to follow that path again. This is why people fall into habits (and love) and how computers could, too. 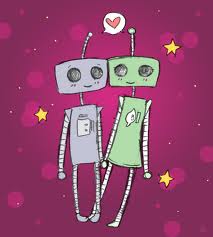 The feeling of being lovestruck causes people vacillate between feeling like they've got fireflies in their tummy and lightening striking all reason from their mind... or, in the case of a robot, glitches, malfunctions and crashes that interrupt focus and productivity. 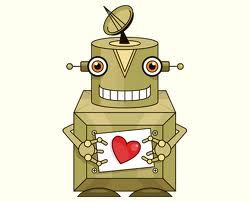 Dopamine, the neurotransmitter most closely associated with the pleasure and reward center of the brain, was considered part of a beautiful computational theory that at one time garnered support from data in neuroscience. Dopamine, as it seemed, rose for items when a program predicted a reward, and dropped for items when it predicted an absence of reward. 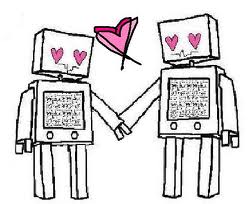 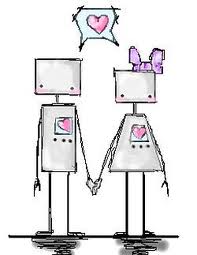 Love, it would seem, evokes a highly specific sort of reaction within the human brain as well as within the programming of robots. When these reactions connect to receptors, closing a circuit and causing a pleasurable sensation (or glitch), something blocks the reabsorbtion of this response (or in the case of humans, dopamine), which allows the sensation (or chemical) to linger. 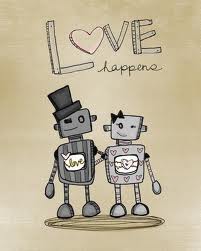 We may not yet know what primary active element exists to cause temporal-difference errors in reward prediction, but that doesn't mean that we should dismiss the idea that someday our robots might just fall touch screen over keyboard in love with a new feature or application it correlates with the sensation of love.