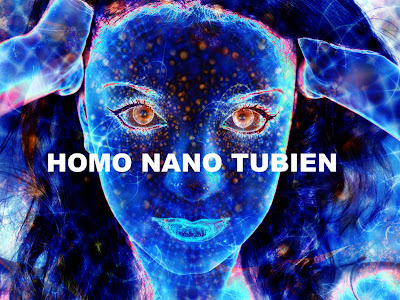 The most spectacular achievement of the 21st century was the paradigm shift in nanobiological therapies and enhancements (upgrades) that allowed humanity to extend its lifespan into what is known as Homo Nano Tubien, the self-replicating post human being.

Homo Nano Tubiens (Tubiens) are tecnoprimates. Resembling humans Tubiens possess the basic capacity to manipulate biological architecture at the molecular level, resulting in a biotechnological body that transports mass, energy, momentum, electric charge and other natural qualities from their appropriate conditions into the galactic system of interconnected networks.

The biotechnological body creates a virtual reality from within the nervous system enabling the Tubien to interact with a vast number of spatial wave patterns that extend human experience beyond those originally perceived in the biological network.

Computerized neural implants created in the 3rd millenium optimized the structure, function, and organization in the human organism while Nanoenginers accelerated the improvement cycle of biotechnological intelligence.

The result was the biotechnological, self-replicating post human being with the ability to conserve its density and interact via neural transport within additional adaptive systems found in the space-time continuum within the (postulated) multiverse known as the Cosmos.

Billions of nanotubiens in the capillaries of the brain expanded human consciousness in what was described as Virtual Enlightenment.

Virtual Enlightenment involves the complete dissolution of all the causes for future becoming so that reality is seen, finally, as it is, rather than through the veils of projected wavelengths. 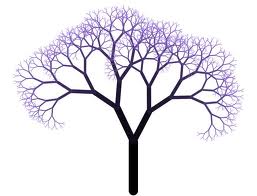 The Counsel of Enlightened Homo Nano Tubiens invite you to participate in the upgrade of the millenium. With your new biotechnological body you'll be able to manipulate image and sound waves and bring the morphing qualities of virtual reality within the realm of your conscious experience.

Optimize your intelligence and transfer your biological environment into the virtual, where resolution and believability, along with the ability to redesign your biological body into different matter configurations, bring you closer to the "cosmic beingness" that defines our existence, now.

This is the next step up in evolution, the next high-level paradigm shift into the realm of continuity without losing one's "humanness".

Brought to you by 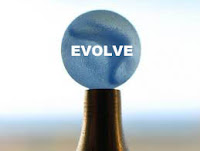 The Center for Biotechnological Growth
Where the Beautiful Never Die

Perched upon the evolutionary pedestal, what we once regarded as human is today more exemplary. Evolving beyond our biological origins, we Tubiens know that thanks the autonomous superintelligence species (ASS) created by our species, we can now "liberate" ourselves from the biological into the virtual world.

Evolve manufactures the universe's best human motivational tendencies. Our patented cognitive architecture is quite unlike that of what we considered human in the past. No more will you be bogged down with concerns of beauty and death. The beautiful never die at Evolve.

Come enjoy deliberately designed programs, which include favorites like moral thinking and natural behaviors, in a variety of virtual landscape modes. Exist on an isolated planet far from this galaxy or become a neurotechnological agent, working here at home to serve other Tubiens.

The Continuation wants you to transform yourself so that you too may dwell within the evolved mental ecology of structured superintelligence systems where self-reasoning need not apply unless specifically requested.

It's hard to think of any problem the universe's greatest ASS could not solve. These experiences and more can be yours in recognition of the inherent dignity and of the equal rights of all members of the Tubien family. 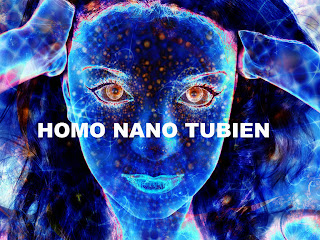 The common standard in technobiological achievement