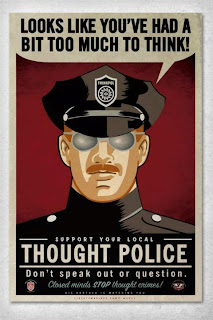 SOPHY'S THOUGHT POLICE
Sophy's Thought Police recently detected an anomaly in the history of human thought. Monsieur René Descartes (1596 - 1650), famous for his "Ghost in the Machine" theory has been indicted for Cosmic Jesting, a serious crime resulting in a massive release of Cosmic Karma.
Cosmic Karma = A joke with a significantly delayed punchline, which at times, occurs lifetimes later.
Appearing before The Cosmic Counsel at the Cosmic Courthouse, Descartes reportedly declared, in his defense, that the people of his era were essentially "brain dead," and that given most had a strong belief in ghosts, it was befitting to use the analogy "Ghost in the Machine" to convey that the consciousness of his fellow man was at best - dead (as in non-existent, ghostlike), and that in no way did his thoughts disrupt the thinking of the day, nor the thinking of mankind since, but rather resulted in the scientifically quantifiable cultural and economic gain for all of mankind.
Given that the realm of the supernatural, including the concept of our "immortal souls" was at that present time under the control of the Roman Catholic Church, Descartes claimed that it would have been considered blasphemous to presume territory within the Pope's realm of influence.
As such, his literary parody of finding salvation (method of doubt to establish the certainty of his own existence) was not a Cosmic Jest, but rather a literary financial device, namely an analogy, whereby he presented humanity with a gift, that had not, incidentally, yet been recognized financially. Finding salvation crafted in a way in which one is instructed to examine their own thoughts is a beneficial skill that when later applied in the analysis of the scientific methodology of others, yields more accurate results.
When questioned further, it was revealed that Descartes firmly believed that such said examination might lead to an eventual overthrow of reliance on revealed truth. As such, he bequeathed mankind with a so-called "scientific method" of examination, a method, incidentally of which, he spoke quite highly.
Counsel for Descartes stated in a Cosmic Press Release that during Descartes time, science was under the purview of the Pope, and that any such scientific examination would indeed have been strongly dictated by said Pope and as such, the methods of inquiry which we've grown to love and admire, would not have been made available until a much later date in history. This delay in thought advancement would have resulted in dreadful cultural and economic repercussions, costing future generations, including our own, significant loss in every known area of humanity. As such, any reference to Cosmic Jest should be recanted and labeled "Cosmic Benefit to Humanity".
Accordingly, Descartes is instead due financial restitution from both Sophy's Thought Police and The Cosmic Counsel for the accusation and for the allowance of further questioning of Descartes's thinking, which given his place in history, is highly prized, and therefore constituting an asset, which has now been depreciated by this inquiry.
Counsel for Descartes immediately thereafter declared a countersuit against The Cosmic Counsel for allowing the whole thought to have occurred in the first place.
It is the belief of this Cosmic Committee that as a thinker, Descartes was not guilty of Cosmic Jesting, but rather, honorable, virtuous, and morally upright action on behalf of humankind.
Following a brief thinking deliberation, The Cosmic Counsel declared Descartes FREE of Cosmic Jesting and awarded him damages in excess of the amount The Secret Societies have stolen from the world, as recently exposed by The Occupy Police Movement. 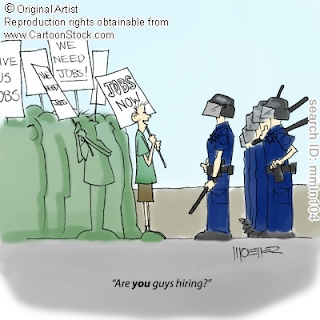